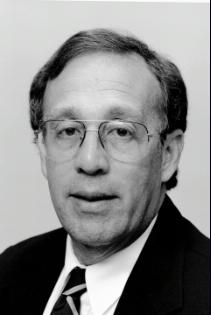 Inside the Criminal Mind: Revised and Updated Edition Paperback – November 4, 2014

STANTON E. SAMENOW PhD, is a clinical psychologist who has spent 40 years as a researcher, clinician, consultant, and expert witness specializing in criminal behavior. He has also served as an independent evaluator in adversarial child custody disputes and has been appointed to three presidential task forces on law enforcement, victims' rights, and a drug-free America. Among numerous other national venues, he has appeared on 60 Minutes, Oprah, Good Morning America, and Larry King Live. In addition to Inside the Criminal Mind he is the author of Before It's Too Late and Straight Talk About Criminals.

The Basic Myths About Criminals

In nearly a half-century, little has changed in terms of deeply ingrained beliefs about the causes of crime. In the classic, still often performed, 1957 musical West Side Story, Stephen Sondheim parodied what then was the current thinking about juvenile delinquency in the song "Gee, Officer Krupke." Delinquents were punks because their fathers were drunks. They were misunderstood rather than no good. They were suffering from a "social disease," and society "had played [them] a terrible trick." They needed an analyst, not a judge, because it was "just [their] neurosis" acting up. In short, their criminal behavior was regarded as symptomatic of a deep-seated psychological or sociological problem. In this chapter I shall briefly discuss this proposition. In subsequent chapters I shall examine them in greater detail and show that the prevalent thinking about crime has been and still is loaded with fundamental misconceptions resulting in devastating consequences for society.

A man abducts, rapes, and murders a little girl. We, the public, may be so revolted by the gruesomeness of the crime that we conclude only a sick person could be capable of such an act. But our personal gut reaction shows no insight into, or understanding of, what really went on in this individual's mind as he planned and executed the crime. True, what the perpetrator inflicted upon this child is not "normal" behavior. But what does "sick" really mean? A detailed and lengthy examination of the mind of a criminal will reveal that, no matter how bizarre or repugnant the crime, he is rational, calculating, and deliberate in his actions––not mentally ill.

Criminals know right from wrong. In fact, some know the laws better than their lawyers do. But they believe that whatever they want to do at any given time is right for them. Their crimes require logic and self-control.

Some crimes happen so fast and with such frequency that they appear to be compulsive. A person may steal so often that others become convinced that he is the victim of an irresistible impulse and therefore a "kleptomaniac." But a thorough mental examination would show that he is simply a habitual thief, skilled at what he does. He can case out a situation with a glance, then quickly make off with whatever he wants. A habit is not a compulsion. On any occasion, the thief can refrain from stealing if he is in imminent danger of getting caught. And if he decides to give up stealing for a while and lie low, he will succeed in doing so.

The sudden and violent crime of passion has been considered a case of temporary insanity because the perpetrator acts totally out of character. But again, appearance belies reality.

A man murders his wife in the heat of an argument. He has not murdered anyone before, and statistical trends would project that he will not murder again. It is true that the date, time, and place of the homicide were not planned. But an examination of this man would show that on several occasions he had shoved her and often wished her dead. In addition, he is a person who frequently has fantasies of evening the score violently whenever he believes that anyone has crossed him. He did not act totally out of character when he murdered his wife. He was not seized by an alien, uncontrollable impulse. In his thinking, there was precedent for such a crime. An individual with even worse problems, but with a different personality makeup, would have resolved them differently. For example, one man whose family I evaluated during a child custody dispute discovered that his wife was spending hours on the Internet involved with a man whom she met and had sex with, then announced her plan to spend the rest of her life with him. Although her husband was emotionally devastated and irate, he neither threatened nor attacked her. He proceeded through the legal system toward divorce and obtaining custody of his daughter.

If criminals are not mentally ill, aren't they nevertheless victims of poverty, divorce, racism, and a society that denies them opportunities? Since the late nineteenth century, there has been a prevalent opinion that society is more to blame for crime than the criminal. But criminality is not limited to any particular societal group, as the 3.2 million arrests during 1999 demonstrate.

Sociologists assert that the inner-city youngster responds with rage to a society that has excluded him from the mainstream and put the American dream beyond his reach. Some even contend that crime is a normal and adaptive response to growing up in the soul-searing conditions of places like Watts and the South Bronx. They observe that correctional institutions contain a disproportionately large number of inmates who are poor and from minority groups. These inmates are seen as casualties of a society that has robbed them of hope and virtually forced them into crime just so they can survive.

Suburban delinquents are also regarded as victims––of intense pressures to compete, of materialism, of parents who neglect them or push them to grow up too fast, or are overly protective. These adolescents are perceived as rebelling not only against their parents but against middle-class values, seeking meaning instead through kicks and thrills.

If it isn't grinding poverty that causes crime, then its opposite––overindulgence––is cited as the cause. As developing nations become increasingly industrialized and their citizens become prosperous, crimes that were rare burst into headlines. In a Bangkok Post article about two tragic shooting sprees, the writer conjectured that "Western-style teenage crime" was emerging in Thailand because Thai children were so indulged that they would "snap" when confronted by life's hardships. Whether a child is deprived or pampered tells us nothing about how he will turn out. Most children who grow up in poverty and most indulged children become independent, resourceful, and responsible.

What of the observation that a disproportionate number of people incarcerated for crimes are both poor and from minority groups? Does this make a commentary on those groups? Or does it prove that the criminal justice system is racist? To whatever extent inequities exist, they need to be corrected. During the past thirty-three years I have focused on individuals, not groups. While interviewing and evaluating members of various ethnic and racial groups, I have found that in nearly every case members of the offender's own family have been law-abiding. The critical factor in becoming a criminal justice statistic is not race or ethnicity; it is the character of the individual and the choices he makes. It is unwarranted and racist to assume that because a person is poor and black (or brown, red, or yellow) he is inadequate to cope responsibly with his environment and therefore can hardly help but become a criminal.

Peer pressure is seen as a critical factor in the lives of youngsters from all social classes who turn to crime. Experts point out that some subcultures reward being daring and tough, and not living by a work ethic. Kids learn about crime from one another; they are schooled in the streets and go along with the crowd in order to acquire self-esteem and a sense of belonging. The belief that crime is contagious like a disease is more than a century old.

Every social institution has been blamed for contributing to crime. Schools have been singled out as forcing into crime youngsters who don't fit the academic mold. Churches have been accused of not providing leadership to wayward youth and to the community at large. Newspapers, television, and the movies have been charged with glamorizing crime. American business and advertising have been accused of contributing to distorted values and therefore to crime.

Economic hard times have been associated with an increase in crime. But then so have good times. Financial setbacks are said to push despondent people over the edge. But then, when times are booming, it has been thought that the gap between the "haves" and "have nots" widens and the latter, out of resentment, turn to crime. Economic pressures are also seen as contributing to crime by forcing mothers to go to work, further weakening the family. Their children have less supervision and guidance than before, and are even more vulnerable to peer pressure.

Economic adversity affects us all. We may be pushed to work longer hours or to take a second job. Women who prefer to be at home may have little choice but to go to work. Families may have to make do with less and watch goals slip further out of reach, and people on fixed incomes bear a special burden. The responsible person responds to economic pressures by sacrifice and hard work. Even for him, temptation may be stronger to step outside the law as the economic squeeze grows tighter. Ultimately, however, it comes down to how each person chooses to deal with the circumstances he faces.

Page 1 of 1 Start overPage 1 of 1
This shopping feature will continue to load items when the Enter key is pressed. In order to navigate out of this carousel please use your heading shortcut key to navigate to the next or previous heading.
Back
Next
Pages with related products. See and discover other items: juvenile justice system, broadway for children, criminal justice systems, criminal law, criminal minds gifts