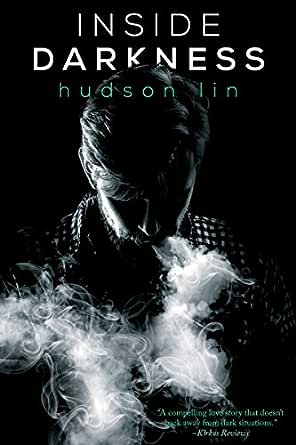 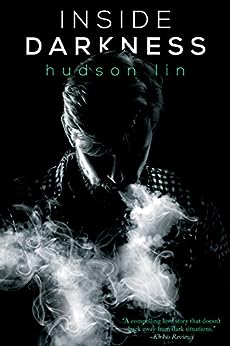 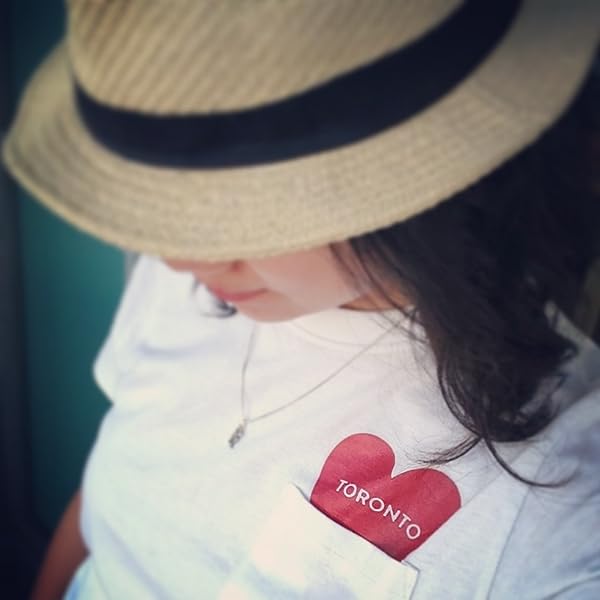 "A compelling love story that doesn't back away from dark situations." - Kirkus Reviews

"Lin's deft handling of the lovers' psychological wounds and convincing buildup of their genuine care for each other make this a rewarding story." - Publishers Weekly

4.3 out of 5 stars
4.3 out of 5
17 customer ratings
How does Amazon calculate star ratings?
Amazon calculates a product’s star ratings based on a machine learned model instead of a raw data average. The model takes into account factors including the age of a rating, whether the ratings are from verified purchasers, and factors that establish reviewer trustworthiness.
Top reviews

T. Jones
3.0 out of 5 stars flawed, but good.
Reviewed in the United States on March 25, 2019
Verified Purchase
This was good, but it could have been an exceptional novel. It needed a more experienced author, I assume, as it suffers some issues I associate with inexperienced authors - particularly all the telling me what a character is thinking or feeling rather than showing it through words and/or actions, which is much more viscerally effective. But there are also serious plot issues that a sharper writer would have corrected. The worst one is this; no one in their right mind sends a still-suffering PTSD victim back into a nest of triggers where his expertise will be compromised and his health or life at risk. It's a waste of resources. Cam wasn't hiding his issues so well they didn't know. Big plot flaw.

Despite the telling habit, the author managed to show me how serious and crippling and dangerous Cam's PTSD is. Conversely, except for one scene, I found Ty's issues less well supported, told what they were, told why he's career-focused rather than shown. Telling removes the power, the urgency of a childhood wound serious enough to drive his whole adulthood (until Cam shows up). However, I really liked Cam and Ty's dynamic, the intense attraction versus what each thinks he wants/needs/deserves, and I liked the other characters, even the slut-shaming sister, even the racist mother. In fact, Ty's troubles with racism were striking, it was one of the better aspects of his character, in that 'you're your own worst enemy, sometimes' way. (He's Chinese American.)

I liked what Cam's darkness was and how it changed as he did. Despite its flaws, give this one a try.
Read more
4 people found this helpful
Helpful
Comment Report abuse

Kim Stone
5.0 out of 5 stars Very raw emotions in this book
Reviewed in the United States on July 20, 2019
Verified Purchase
New to me author. This is a mm contemporary story. Cam is a senior UN aid worker and Ty is a journalist. This book has a quiet beauty about it. From horrible pasts both main characters find their way together. Love is not always pretty. I’ll be reading more from this author.
Read more
Helpful
Comment Report abuse

Anniemaus
4.0 out of 5 stars 4.5 stars and the reason I seek new authors!
Reviewed in the United States on June 12, 2018
Hudson Lin’s “Inside Darkness” is precisely why I review for a blog where I’m exposed to new authors. What a treat to find a writer as good as Lin. Of course I may be prejudiced, since “Inside Darkness” features cities and circumstances quite similar to those of my own youth.

Cameron (Cam) Donnelly is a UN crisis camp administrator stationed in Eastern Kenya. He was raised with ideals that could never survive the realities of camp starvation, illnesses, and the systematic violence against refugees, especially gays. Cam has ignored his emotions to subsist, and frozen his sexuality to protect others. “Don’t Look; don’t be gay. Indulging in those desires only led to people getting hurt out here,” he reminds himself.

Impeccably dressed and handsome journalist Tyler (Ty) Ang arrives to investigate the camp for a national news agency. He hopes to break out of his type-cast role as the Asian reporting on Chinatown issues. In fact, he was raised in the system, where he had no exposure to Chinese culture. “‘Constantly rotating through foster homes, getting beat by some foster parent who felt like taking their shit out on me? And starving because they didn’t feel like feeding me?… So don’t f***ing tell me I don’t have field cred,’” he challenges Cam who implies Ty is a lightweight.
When Ty crosses Cam’s path stateside, Cam appears even more haggard away from Africa’s dangers. Lin conveys the terror of trauma superbly. “Some days, it felt like he’d been dropped into the center of a giant whirlpool where everything spun in circles around him, slipping through his fingers and making him nauseous as he tried to orient himself,” Cam realizes.

Though Ty knows Cam will be more than his preferred casual encounter, their chemistry is too hot to ignore. Then he watches Cam’s darkness dissipate under his touch, and Lin tells us, “Ty took a second to understand that it (Cam’s gaze) was directed at him – no one had ever looked at him like this before, like he was someone worthwhile, like he had something valuable to give.”
Can Cam heal… and if he does, can Ty let anyone past his protective maze of barriers? Lin writes, “Ty recognized a deep sense of loss so familiar and so intense that he wasn’t sure if the feeling came from Cam or from himself. A thought occurred to him: maybe that was why he found it so difficult to say no to Cam – his hurt felt like Ty’s own hurt.”

As a clinician, I love reading therapy sessions with a ring of truth. Cam’s therapist gently uses his resistances to help him escape this spiraling thoughts. But, Lin doesn’t take the easy path. Neither love nor therapy is miraculous. Instead, both reveal more of Cam’s strengths than his weaknesses.

Lin’s timing makes this novel realistic. Though Ty and Cam want to prevent love from seeping into their pores… it enters at such a glacial speed they cannot resist. While encounters with others deplete them, each encounter together is fortifying.
Readers cringe in recognition at Tyler and Cam’s mistakes. This is the art of the storyteller, to make us love her characters, flaws and all. For example, Ty denies the importance of Cam’s family’s acceptance. ”It was only Thanksgiving, for f***’s sake. He was still trying to convince himself of that when exhaustion finally overcame him.”

“Inside Darkness” is anything but dark. it is a much needed light on issues Americans rarely consider, brought with a dignity and compassion that allows us to brave the realities of our stark world. For me, this is a 4.5 heart read. I highly anticipate reading Lin’s future novels to watch her style as it matures.
Read more
One person found this helpful
Helpful
Comment Report abuse
See all reviews from the United States

So why was it so good? It tells the tale of how two men, who on the surface should not be a match, actually find solace in each other. From the first moment they meet, the impeccably dressed & handsome Ty is drawn to the darkness of Cam (even with his manbun!) and they find themselves drawn to each other time and time again. In some ways as a reader you get to know Ty far better than Cam, who is closed and fighting for his sanity against his 'darkness'. The trauma he has experienced as an aid worker has caused untold damage to him and he drinks & smokes heavily as a result. Ty sees this in him and yet is still drawn to him. The scenes following the episode in the police station were realistic and touching, leading to Cam finally getting the help he needed. The sessions with the therapist reveal Cam's inner thoughts and he finally starts to see what he wants. What is particulary pleasing, is that his emerging love for Ty is not a magic healer. As for Ty, his veneer of calm confidence is slowly drawn back and shown to Cam and though they are not a true 'couple' for most of the book, their story rings true. They need each other.

A thouroughly enjoyable book, with two emotive MCs who despite their faults, you rooted for. A no-quibble 5 star read. I only wish it had been longer!
Read more
Helpful
Sending feedback...
Thank you for your feedback.
Sorry, we failed to record your vote. Please try again
Report abuse

Shelly
4.0 out of 5 stars Worth the effort
Reviewed in the United Kingdom on July 15, 2019
Verified Purchase
This was a slow starter and I have to say I was doubtful I would enjoy it at all in the beginning. However Cam and Ty grew on my slowly and without even noticing I found myself rooting for them to get their happily ever after. A really good read with a well paced plot and lots of emotion.
Read more
Helpful
Sending feedback...
Thank you for your feedback.
Sorry, we failed to record your vote. Please try again
Report abuse

Sue Robertson
5.0 out of 5 stars Vortex
Reviewed in Canada on September 3, 2019
Verified Purchase
The sucking vortex of PTSD that silently erodes the psyche of frontline responders to increasing natural or political situations of trauma is skillfully represented in this talented writer's tale of one aid worker's journey through his darkness.
Read more
Helpful
Sending feedback...
Thank you for your feedback.
Sorry, we failed to record your vote. Please try again
Report abuse

Sally
5.0 out of 5 stars Seriously Good
Reviewed in Germany on August 31, 2018
Verified Purchase
I was glued to the story after page 2. It's absolutely fascinating and really written as if it actually happened. It doesn't feel like fiction at all. The feelings are genuine and the way Cam tries to cope with it all is super realistic! Am definitely looking forward to a sequel!
Read more
Helpful
Sending feedback...
Thank you for your feedback.
Sorry, we failed to record your vote. Please try again
Report abuse