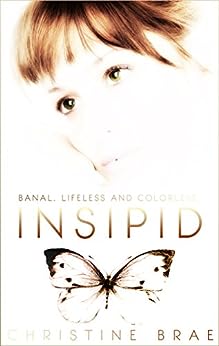 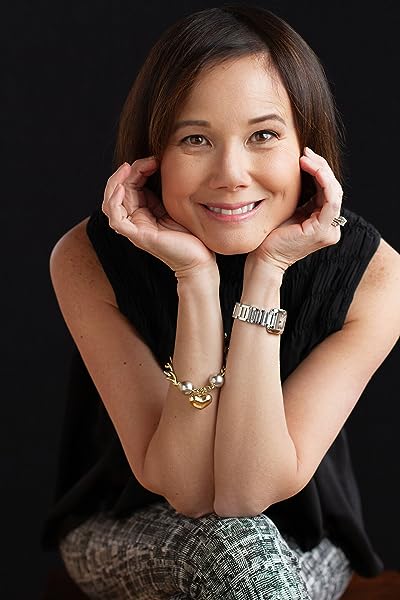 Robin Segnitz
5.0 out of 5 stars Beautiful! Christine Brae poured her heart into this story!
Reviewed in the United States on June 15, 2014
Verified Purchase
What would you do if you realized you were living a lie? Imagine that everything is white, bland. Imagine you just exist; you're barely going through the motions. What would you be willing to do to bring color back to your world? Could you handle the resulting torrent of emotions? Would you be able to accept this new reality? Or would you deny it? Would you be able to make changes to your life? Author Christine Brae explores these questions and more in her new novel titled Insipid.

At forty-two years old, Jade Richmond has been promoted to a member of the executive team for a Fortune 500 company located in Chicago, Illinois. She has worked extremely hard to achieve success in her career, while also striving to remain ethical in her business practices. To those on the outside, Jade seems to have everything she could ever hope for out of life. But if you could look closely into her expressive green eyes, you would realize Jade is hiding the truth of her reality deep inside.

As a reviewer, I have chosen not to reveal much of the plot due to the way the layers of the story unfold. Instead, I choose to share my thoughts and feelings about Insipid. Christine Brae immediately pulled me into the story. In many ways, I was able to make a connection to the protagonist. I am around the same age as Jade Richmond and have had a successful career at the same company for nearly 25 years. I have been married for over 20 years, and my children are now adults. There have been moments during my life where I have felt I was just going through the motions. I think everyone experiences these types of feelings on occasions, so it was easy for me to step into the pages of the novel and place myself into Jade's situation.

It is hard to explain the overwhelming feelings that came over me while reading Insipid. I experienced so many different emotions, crying tears of sadness and joy on occasions. There were moments that I felt anger and shock. I was delighted at times, confused at times. But with the confusion came clarity. Although the circumstances surrounding my life helped me connect with the story and protagonist, I also believe this author has strength in the ability to tell a story. Insipid truly has one of the most beautiful endings that I have ever read. I was so impressed with the way that Christine Brae brought closure to Jade Richmond's story.

Insipid seems to be a combination of the contemporary romance and women's fiction genres. It does not follow what I consider to be the typical pattern for a romance novel, so you will want to keep this in mind if you choose to read this novel. It is a very unique story, full of wisdom and takeaways. It is also very apparent to me that Christine Brae poured her heart into this novel. Because this story is so different, I realize that it may not be for everyone, but I want people to know that I absolutely enjoyed it! I am giving Christine Brae's Insipid 5 stars!

Flybrariman
5.0 out of 5 stars Love is a form of divine madness, a fire that renews us even as it consumes
Reviewed in the United States on June 15, 2014
Verified Purchase
It was Plato, I'm pretty sure, who first described love as a form of "divine madness," and Insipid does an awesome job of putting flesh on the bones of that abstract concept. It's a beautiful story, beautifully told, that unfolds gradually, just as MC Jade's world is crumbling around her. But that process of destruction is also a process of creation, as each seemingly crushing blow contains within in the seeds of the next stage of Jade's journey. What I really loved most about this book was the way it describes that astonishing, reason-overwhelming experience of being consumed by the irrational emotional experience of falling in love, inappropriately, wildly and inexplicably, even to the person undergoing it. That crazy feeling of "I know this is a bad idea, why is it so compelling?"

There are several other elements of this book that really stand out for me as well. First, the portrayal of Jade's world of finance and deal-making. Many writers attempt to depict this world - there's no shortage of sexy CEO's, bad-ass billionaires, and make-believe moguls in the realm of romance and women's fiction. But few, if any, have the verisimilitude and believability of Christine's portrayal of Jade's world. From the boardroom encounters to the painstaking process of document review, her familiarity with the setting, and her ease at recreating it bring the background to life.

Another element I loved is the way Christine uses the seasons and elements of the natural world as metaphors. Okay, that's maybe not the most original thing in the world, but that's a fault more of my description, because her use of it is fresh and always apropos. Allusions to the natural world enhance the emotional impact of the story, as well as move the narrative along.

Finally, I want to just touch briefly on Christine's eloquent style - she has a lovely gift for a memorable insightful phrase that lights up the story like brief flashes of lightning. You'll find your highlighting finger working overtime as you discover them. Here's an early on example that draws in the seasons, too:

I found love in the summer and then lost it in the spring. I cried myself to sleep in the winter and froze my heart with the soft tumble of the snow.
Lovely, really. And although at this point in the book it's just foreshadowing, it serves a narrative as well as poetic purpose.

Christine's skill as a storyteller and writer has matured with each of her novels, and here in Insipid she has really hit her stridee. I urge you to enjoy the sometimes bittersweet, but always artful pleasure that Insipid affords.
Read more
18 people found this helpful
Helpful
Report abuse
See all reviews

AMG
5.0 out of 5 stars Captivating
Reviewed in the United Kingdom on June 20, 2014
Verified Purchase
I finished Insipid yesterday and I still have the "butterfly" etched in my mind. It is a beautiful story, captivating and it warmed my heart. Some snippets of Jade's character I can totally relate to. I have read Christine's previous books and I noticed this one has a different feel. The words are more lyrical, almost poetic. It is more mellow and I love it. I love Jade's strength and vulnerability, Chris reminds me of someone I used to know and I feel sorry for Josh for all that has happened in his marriage but also angry for what he did. Lucas appeared in Christine's previous book His Wounded Light (one of my top reads in 2013) but in this book it is more his story and Jade's. What can I say, of course I have to add Lucas in my ever growing bbf list. Insipid is a well written story by Christine Brae. It gripped me right from the start, tugged at my heartstrings and twisted my gut. I think the ending is just perfect! A truly brilliant book! I highly recommend it. Another masterpiece by Christine.
Read more
Report abuse

W B Yeats
5.0 out of 5 stars Read and enjoy
Reviewed in the United Kingdom on July 11, 2014
Verified Purchase
Christine you've done it again. Loved this book. Even more than LITW and HWL and I really loved those. Lucas and Jade are so sweet. Two beautiful characters. Thanks so much.
Read more
Report abuse

Brina
1.0 out of 5 stars One of the worst books I've ever read!
Reviewed in Germany on December 2, 2017
Verified Purchase
You won’t believe how happy I am that this book is over. Man, I was about to give up so many times but I couldn’t let down my reading buddy. The only thing I actually liked about the book was the setting, which was Chicago. I love Chicago but unfortunately the characters didn’t spend too much time going around the city.

The book was divided into three parts. The second part was actually the most exciting one. Part one and three were dragging and a constant back and forth between the characters.
The female heroine, Jade, is 42 and has a successful career. She is super materialistic (buys Louis Vuitton purses because it’s the new collection, she buys lingerie for $1000 etc.) which I didn't like at all(oh and she is also depressed)!!! I am happy that she has so much money and that she is successful in her career and that she can afford all this stuff but do you have to be that snobbish?! There was one scene in the beginning in which she was sitting in the train. She was sitting there and judged other women because they wore less fancy clothes than her. They apparently weren’t as successful as her. So what?! What is her problem? Her love interest, a 33-year old Spaniard called Lucas, is materialistic, too. It is an endless back and forth between these two. It was so so tiring… They both know each other for all of 5 minutes but basically declare their love for each other. Then Jade breaks up with him only to call him back two weeks later, only to run away and break up with him again, only to see him again, only to leave him again. And it goes on and on and on. Then she meets her high school sweetheart, Chris, and gets back together with him, although she can’t stop thinking about Lucas. She is about to marry Chris but cheats on him with Lucas on their engagement party! Funny thing: 19 years ago Chris cheated on Jade with a blonde girl named Katy. Ob boy! These people were adults and they acted like teens. You would think a 42 year old woman, knows what she wants but nope! She can’t seem to make up her mind about Chris, about Lucas, about life in general. Of course Jade has a troubled past (duh!!) and that’s the reason she acted that way.

Unfortunately, I couldn’t connect with any of the characters in this book. This was without a doubt one of the worst books I've ever read...
Read more
Report abuse
Translate review to English