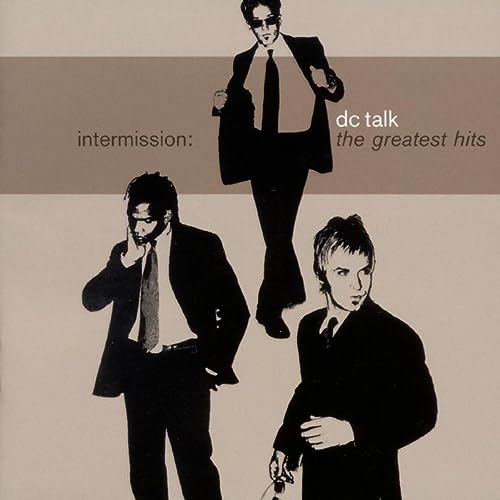 Nathan J.
5.0 out of 5 stars Great collection
Reviewed in the United States on January 30, 2017
Verified Purchase
Great collection of some of my favorites, as well as a few new recordings that were also great! All the non-original songs on this album are remixed to some extent, so it isn't like buying the same songs you have on another album already. Some remixes are good, and others I prefer the original mix, but overall, it's a great album. Great album if you aren't sure you like DC Talk, too. While it has none of their old stuff from their dc Talk and Nu Thang albums, it has most of their popular and widely "likable" songs. Their dc Talk and Nu Thang albums were, in my opinion, just as good, though.
Read more
2 people found this helpful
Helpful
Report abuse

Amazon Customer
5.0 out of 5 stars Best music my family loves
Reviewed in the United States on May 18, 2020
Verified Purchase
I love DC Talk and this DVD was NO disappointment. My order came promptly and I liked that the seller "A Buyers Paradise" enclosed a thank you card along with a 100% satisfaction guarantee with their phone number if I had any problems. Very excellent!
Read more
Helpful
Report abuse

Vet Sue
4.0 out of 5 stars Greatest DC Talk CD of all time.
Reviewed in the United States on September 25, 2020
Verified Purchase
It was a used CD listed as Very Good. The CD case was cracked in two places which I don't think means this CD was in very good condition.
The CD plays just fine and I've continued to enjoy their music.
Read more
Helpful
Report abuse

fairy princess
5.0 out of 5 stars as expected
Reviewed in the United States on August 1, 2019
Verified Purchase
3rd time i have replaced this, a classic
Read more
Helpful
Report abuse

Science Dragon
5.0 out of 5 stars It sounds just like a CD!
Reviewed in the United States on July 29, 2016
Verified Purchase
I'm never sure if I'm to rate the album itself or the quality. The disc works fine and has great quality. The rating of the album will obviously be subjective.
Read more
Helpful
Report abuse