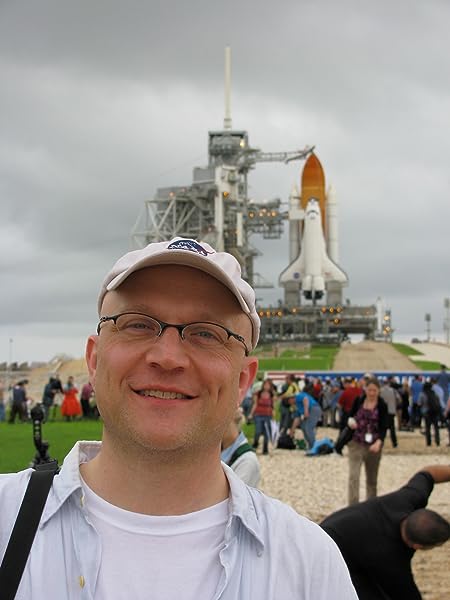 by Douglas R. Dechow (Editor), Daniele C. Struppa (Editor)
4.0 out of 5 stars 15 ratings
Part of: History of Computing (19 books)
See all formats and editions
Sorry, there was a problem loading this page. Try again.

This engaging volume celebrates the life and work of Theodor Holm “Ted” Nelson, a pioneer and legendary figure from the history of early computing. Presenting contributions from world-renowned computer scientists and figures from the media industry, the book delves into hypertext, the docuverse, Xanadu and other products of Ted Nelson’s unique mind. Features: includes a cartoon and a sequence of poems created in Nelson’s honor, reflecting his wide-ranging and interdisciplinary intellect; presents peer histories, providing a sense of the milieu that resulted from Nelson’s ideas; contains personal accounts revealing what it is like to collaborate directly with Nelson; describes Nelson’s legacy from the perspective of his contemporaries from the computing world; provides a contribution from Ted Nelson himself. With a broad appeal spanning computer scientists, science historians and the general reader, this inspiring collection reveals the continuing influence of the original visionary of the World Wide Web.
Read more
Previous page
Next page

This engaging volume celebrates the life and work of Theodor Holm “Ted” Nelson, a pioneer and legendary figure from the history of early computing. Presenting contributions from world-renowned computer scientists and figures from the media industry, the book delves into hypertext, the docuverse, Xanadu, and other products of Ted Nelson’s unique mind.

With a broad appeal spanning practitioners in computer science, historians of science and the general reader, this inspiring collection reveals the continuing influence of the original visionary of the World Wide Web.

Douglas R. Dechow is a Writer, a Science Nerd, and a Librarian. Doug is currently working on his first novel, a cross-country spy thriller set during the Manhattan Project. Doug writes Lofty Ambitions blog with his wife, Anna Leahy. Together, Doug and Anna have previously published in the Smithsonian's Air & Space magazine, the BBC Online, Fifth Wednesday, and Chapman Magazine.

He is the Digital Humanities and Sciences Librarian at Chapman University in Orange, California. He is also the Curator of the Roger and Roberta Boisjoly Challenger Disaster Collection.

Doug earned his master's degree in Library and Information Science from the University of Illinois at Urbana-Champaign, a doctorate in Computer Science from Oregon State University, a masters in Applied Mathematics from Ohio University, and a bachelors in Physics from Knox College. Despite some curious career choices, none of these schools has asked for their degrees to be returned.

4.0 out of 5 stars
4 out of 5
15 global ratings
How customer reviews and ratings work

Linda “K”
4.0 out of 5 stars A welcome addition to the ongoing story of Ted Nelson
Reviewed in the United States 🇺🇸 on February 18, 2016
Verified Purchase
Not a biography or even a bibliography this is an appreciation of Ted Nelson and his contributions. It offers a glimpse into some of what might have been had the world taken a different path on widespread public communications networking. Read Nelson's books (what, you haven't? and you call yourself a techie) and you'll understand more of the feelings expressed in this collection. Whatever your opinions of Nelson -- he's definitely a polarizing individual -- there's no doubt he had visionary ideas and brought together some concepts that are still fresh. Nicely put together book.
Read more
One person found this helpful
Helpful
Report abuse

Dethe Elza
4.0 out of 5 stars ... the life and impact of someone who had a great influence on the early days of computing and the ...
Reviewed in the United States 🇺🇸 on December 21, 2015
Intertwingled

This book is an interesting look into the life and impact of someone who had a great influence on the early days of computing and the internet, in some ways predicting and inspiring the web we have today, even while he is dissatisfied (to put it mildly) with the actuality of the web we have versus the hyperlinked network of content he envisioned so long ago.

I have mixed feelings about Ted Nelson and his work, but this book does not present much of a mixed message, being the proceedings of a conference celebrating his work and achievements. The fact that his most concrete achievement, a 2-in-one book called Computer Lib (from one direction) / Dream Machines (flipped and read the other way), was not lost on the attendees. Reading through, nearly every chapter began with how the presenter first found that book and the influence it had on them. So this is, by and large, the testimony of the faithful, believers in the vision.

Which is fine, the alternative view was summed up sufficiently by Gary Wolf, in a 1995 article for Wired[1], "The Curse of Xanadu." Xanadu, in this context, being Dr. Nelson's never-implemented software that he continues to claim is far superior to the web or any software that actually exists. Given that he has been pushing this idea in one form or another since 1965, he gets a good claim on world's longest running vapourware.

Of course, if people are unconvinced by your ideas after 50 years, and numerous attempts to actually build those ideas have failed, there is always the chance that the ideas aren't really the answer you think they are. For Nelson I think his "intertwingled" utopia is a solution for a problem that only he has, mixed with unworkable ideas for both hyperlinked media and for micropayments and copyright that I think even the RIAA would find laughably unenforceable. And, like many utopian ideals, the first step is to become ubiquitous.

Clay Shirky, in his 1996 essay[2], "In Praise of Evolvable Systems," did not call out Xanadu specifically, but when he wrote,

"HTTP and HTML are the Whoopee Cushion and Joy Buzzer of Internet protocols, only comprehensible as elaborate practical jokes. For anyone who has tried to accomplish anything serious on the Web, it's pretty obvious that of the various implementations of a worldwide hypertext protocol, we have the worst one possible.

"Except, of course, for all the others."

He could easily have had it in mind. The entire premise of Xanadu revolved around solving an intricate thicket of problems, ahead of time, and in concert with each other. Given that none of those problems have really been resolved individually in the ensuing 50 years gives some idea of the scope of this. While computers are good at many things, fixing problems that are social or personal are not among them, and I think that ultimately Xanadu serves as a reminder of that limit.

So while I am a sceptic, to put it mildly, of the grand vision of Xanadu, I have followed Dr. Nelson's work and influence over the years and found these proceedings to be an enjoyable look at the other view, and at the many ways he has influenced people over the years in their own (more achievable) work. In Nelson's own essay he says the whole thing felt like hearing his own obituary, and some of the chapters do feel like that, always calling back to the work he did in 1974. But many of the chapters are forward looking, to work still to be done, in a number of fields that have been influenced by Nelson's legacy. Because his vision, as vision, had had a much greater impact than attempts to codify it as software, and having inspired a generation to push further is not a bad way to be remembered.

E Hel V
4.0 out of 5 stars He's certainly had a great impact on a great many people who have helped ...
Reviewed in the United States 🇺🇸 on April 8, 2016
I am software engineer and I've worked in the web space for almost 20 years. I'm embarrassed to say that reading this book was my first introduction to Ted Nelson and visionary work. As he readily points out, most of the work I've done and tools I've used to accomplish that work was first envisioned and written about by Nelson. His ideas about HyperText and HyperMedia, the global Internet, personal computing and much more was described by Nelson (in many cases) 50 years ago - 10 and sometimes 20 years before the technologies ever existed in concrete form. His books, writings and research influenced and motivated generations of engineers, scientists and researchers. And yet....

Nelson tells us that he's a rebel; subversive. He wanted to be a film director and ended up evangelizing for a World Wide Web of interlinking documents that he could not build and has not yet gotten built. He claims (rightly, in my opinion) that he set the vision implemented by Steve Jobs, Bill Gates and Tim Berners-Lee - but that they all did it wrong. This is a bold statement - but one you'd expect from a rebel. His is not the pragmatic approach of incremental improvements - his is the absolutist view of a prophet. Nelson is a polarizing figure. He promotes a vision that is ideal. Bi-directional linking is absolutely ideal but impossible to enforce outside of a closed system. And, of course, one of the main reasons that the Web has exploded is because it's a federation of linked networks. Imagine trying to get the Chinese or Saudi governments to submit to putting their documentation into an American Internet and having American sites and American ideas linked directly to their documents and ideas. His ideas are intoxicating, but the difficulty of implementation cannot be overlooked.

The book, itself, is a series of papers or transcripts of talks given at an event celebrating Nelson's body of work. It's interesting that you get to see more about the man, his history and his influence on other people. He's certainly had a great impact on a great many people who have helped define my industry and my own work. It's hard to tell, however, how many people have influenced Nelson. He seems immune to outside influence.
Read more
One person found this helpful
Helpful
Report abuse
See all reviews