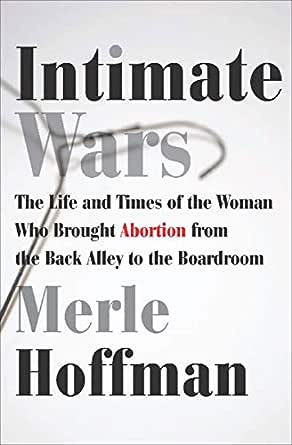 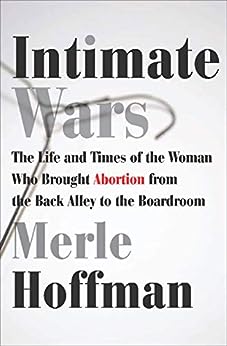 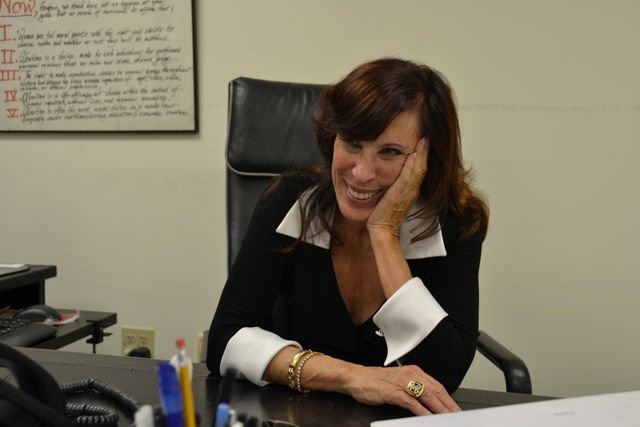 Intimate Wars: The Life and Times of the Woman Who Brought Abortion from the Back Alley to the Boardroom Kindle Edition

"A searingly honest debut memoir by a leader in the fight for a woman's right to “legally gain and exercise reproductive choice―the power of life and death.” ―Kirkus

"From her decision to adopt a child to her love affairs, this is the story of one woman's quest to live fully. Opinionated, fierce, bold and brash, Intimate Wars chronicles Hoffman's efforts to improve women's lives and influence history. She deserves our gratitude." ―Truthout

"Merle Hoffman's gorgeous memoir vibrates with raw power and nerve. Her tremendous empathy for the women whose lives she has touched, and her unfailing courage in defending our right to abortion, are both inspiring and humbling." ―Jennifer Baumgardner, author of Manifesta

"At last, we have Merle Hoffman's bold and courageous memoir of living on the front lines of the abortion wars. Merle never turned away from the harshest battles or denied the most painful truths." ―Blanche Wiesen Cook, author of Eleanor Roosevelt

"Merle Hoffman has blazed a freedom trail while saving countless women's lives along the way" ―Bill Baird, founder of the Pro-Choice League

"Intimate Wars is a fascinating personal narrative told from the epicenter of abortion politics and service delivery. Hoffman illustrates her unwavering commitment to the heart of the issue: the power of every woman to make her own childbearing decisions." ―Gloria Feldt, author of No Excuses and former president of Planned Parenthood
--This text refers to an alternate kindle_edition edition.

Merle Hoffman is an award-winning journalist, activist, and women’s health care pioneer. In 1971, she founded Choices, one of the first ambulatory abortion centers, which has become one of the nation’s largest and most comprehensive women’s medical facilities in the US. She is also the publisher of On the Issues, an online feminist magazine.
--This text refers to an alternate kindle_edition edition.

jacketchmson
4.0 out of 5 stars definite bio....
Reviewed in the United States on March 25, 2017
Verified Purchase
ok. was looking for more historical info on movement, less personal details ...not sure i agree that she was THE woman who affected change .seems cavalier about 'liberation' at times, when harsher reality for most...potaTOE/poTATo
Read more
Helpful
Comment Report abuse

Stanley L Rustin Ph.D.
5.0 out of 5 stars Beautifully written!
Reviewed in the United States on January 30, 2012
Verified Purchase
In a brilliant 1950 film, "All About Eve," a character played by Celeste Holm turns to her companions and expecting a turbulent and possibly confrontational evening says, "Fasten your seat belts it's going to be a bumpy ride." The same might be said for the life of Merle Hoffman who has written a candid, self revealing, and at times not very flattering picture of her life in "Intimate Wars."

Born in Philadelphia and raised in a middle class neighborhood in Queens, New York, Merle first aspired to become a concert pianist and then as a young woman in 1971 with Dr. Martin Gold, founded the Flushing Women's Medical Center, "one of the first ambulatory abortion facilities in New York." This center was the beginning of a stormy and challenging career for Merle as a feminist, activist, and fighter for women's reproductive right. Once the Flushing Women's Medical Center opened, it became a magnet for women seeking an alternative to self inflicted abortions which might lead to complications and possible death, to a legal, safe choice to carrying on unwanted pregnancy to termination. Two years before Roe vs. Wade became the landmark decision legalizing abortion, women in New York State were able to legally terminate their pregnancies. The stage was then set for confrontations between Pro Choice and Pro Life advocacy groups. The struggle between these polar positions became a battleground that continues to the present, even as we list the casualties from the past.

In this highly personal account, Merle takes the reader from the evolution of the Flushing Women's Medical Center to it's present incarnation as Choices (an acronym for Creative Health Organization Counseling and Educational Services) which performs thousands of abortions each year. With the growth of Choices and her advocacy for women's right to choose, Merle has been the lightening rod for death threats and bomb threats to the center. She eloquently describes the murder of her colleagues as well as abortion clinics that have been set on fire.

"Intimate Wars" is a riveting read about one person's role in fighting for a woman's inalienable right to either terminate her pregnancy or not. For anyone interested in an excellent description of the struggle to secure this right I highly recommend this beautifully written searingly honest memoir.

Vaughana Feary
5.0 out of 5 stars A Passionate Philosophical Memoir from the Frontlines of Feminism
Reviewed in the United States on January 2, 2012
Verified Purchase
"Intimate Wars" is a passionate philosophical memoir in which Merle Hoffman, a leading feminist theoretician/practitioner, moves effortlessly from touching personal revelations about the lonliness of being a warior for social change to the politics of the abortion struggle. It is a brilliant naarative of love and revoloution. There are many loves: for cultural heritage. for music, for husband/mentor, for patients whose hands she held as they underwent abortions, and for an enchanting child adopted from Russia. And there are two equally compelling revolotions! One is in the life of the author as she is transformed from budding concert pianist to relentless champion for womens reproductive freedom. The other is in the radically changed patient care and abortion services created through Hoffman's vision and courage. Anyone who shares her passion for social justice will love this book !
Read more
3 people found this helpful
Helpful
Comment Report abuse

David Michaels
5.0 out of 5 stars An Amazing Story & Must-Read!!! Fascinating!!
Reviewed in the United States on January 2, 2012
Verified Purchase
Merle Hoffman's Intimate Wars is a fascinating chronicle about an important person that shaped the rights of women. Intimate Wars tells the story about the passion of one's beliefs, the discovery of one's self, and the lives touched on the forefront of equal rights. Rich and fascinating in all respects, I couldn't put the book down from the moment I first opened it up. And for me to have my eyes get watery as Ms. Hoffman told the story of her visits to Russia... That's something not easy to accomplish on someone like myself. Those whose lives she has touched and affected in a positive way are countless. A truly incredible story and a must-read.
Read more
Helpful
Comment Report abuse

Raven DeLajour
5.0 out of 5 stars An amazing book about an amazing woman!
Reviewed in the United States on May 16, 2012
Even though the book infuriated me from time to time (not Merle's fault, but the violence and hate from the anti-women crusaders), I loved it so much. I loved reading about the activism, the politics, and the movement to legalize abortion and to keep it that way from a pioneering women herself. Merle writes with purpose and intelligence, and isn't afraid to share her worst moments alongside her best ones.

Reading this book is just another reminder that feminism's work isn't done.Women's rights are constantly under attack, especially this year. There are many people out there who'd rather see women die from an unsafe abortion than see women go through with a safe legal abortion. That is horrifying and frightening. Like Merle says in her book, these "pro-lifers" give the fetus more rights than a woman, who is overlooked and put to shame.

There were times in the book where reality was just too surreal-the deaths of physicians who performed abortions, the closing of clinics by fanatical pro-lifers. Yet this is real life. This book was personal to me as a feminist. I loved that Merle distinguished the ignorance of race in the discussion of other feminists and included it in her practice and work. Merle knows that discrimination against these minorities exist, especially when it comes to government and healthcare. It was really awesome how she covered gay and lesbian issues in her magazine On The Issues, where she even covered animal rights.

It was also upsetting for me to read how so many people tried to bring her down. It's not surprising she met so much adversity and opposition, of course. In the end, though, it just made her a stronger fighter.

Susan
4.0 out of 5 stars Four Stars
Reviewed in the United Kingdom on December 18, 2014
Verified Purchase
Real expose of America's ingrained misgyny and a determined woman's fight against it.
Read more
Report abuse
See all reviews