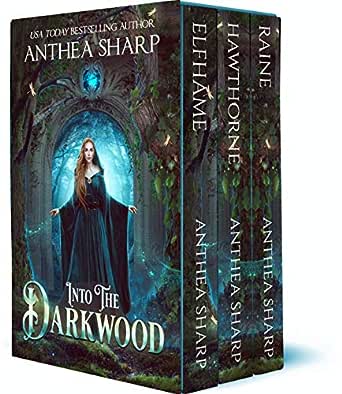 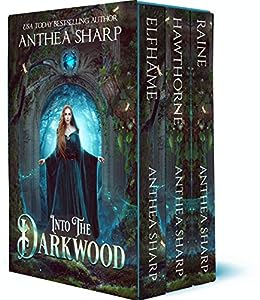 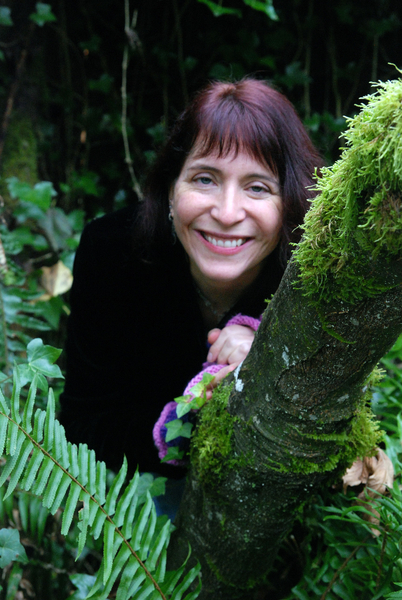 "The magic, the Faery world-building, the characters- I love it all. I truly appreciate how the ending was not rushed in any way, either. And I was hooked by the plot until the very end. This trilogy will definitely rank amoung the very favorites in my collection!!""The entire series is well worth reading!"

"I loved the characters and I believed in the magic of the world. All three books in this series kept my interest and had me wanting more. (I'm just thankful I waited to read them until after this one came out so I could binge read them all haha). The traditional fairy tale elements sprinkled and woven throughout were just cherries on top of this delicious read."

"...a story full of magic, mystery, adventure, intrigue, suspense, courage and even A touch of romance. Add in continued perfect world-building and superb writing. The result is ridiculously easy to highly recommend."

4.2 out of 5 stars
4.2 out of 5
3 customer ratings
How does Amazon calculate star ratings?
Amazon calculates a product’s star ratings based on a machine learned model instead of a raw data average. The model takes into account factors including the age of a rating, whether the ratings are from verified purchasers, and factors that establish reviewer trustworthiness.
Top reviews

Stan Hutchings
5.0 out of 5 stars A wonderful story, full of adventure and romance
Reviewed in the United States on August 8, 2020
1. Elfhame
Mireleth and Brannon, Dark Elf heir to the Hawthorne throne, are betrothed, as are Mara, a simple human, and Thom. Brannon and Mara are not at all in love with their betrotheds, though Mireleth and Thom are delighted. Unknown to both couples, Fate has decided on a different future than what their families plan. Mara uses a magical glass key to open a door between her world and Elfhame. She finds a world threatened by imminent extinction by monsters of the Void, and only by marrying Bran, though he also seems a monster to her, is there any possible hope for survival. Reluctantly, she agrees. But they are fated mates, despite their differences, and discover true love in each other
2. Hawthorne
After returning to the mortal world, Mara senses Bran needs her help, so she returns to find him nearly dead. When they return to the Hawthorne castle, she is met with hostility from the queen and Mireleth, but a warm welcome from Anneth and others. She faces danger not only from the Void, but from unknown enemies in the Hawthorne Court. After a battle at the Portal between Elfhame and the mortal world, Mara and Bran are separated, he in the mortal world, she in the Dark Elf lands. She vows to find him and manages to cross the Portal and follow him.
3. Raine
Mara meets up with Bran in the mortal world and they continue the hunt for the spawn of the Void. They are gone so long the Hawthorne Court is concerned as the King takes ill. Anneth decides to go to the mortal world to find them and bring Bran, the heir, back before the King dies. Many amazing adventures await them as they face their enemies and make new family, friends, and allies. A wonderful, happy ending makes the trilogy a complete joy.
Read more
One person found this helpful
Helpful
Comment Report abuse

The Mysterious Amazon CustomerTop Contributor: Fantasy Books
TOP 1000 REVIEWER
5.0 out of 5 stars A true treat
Reviewed in the United States on July 15, 2020
I am an unabashed lover of a well done fantasy novel. Well, Elfhame, Hawthorne, and Raine, each of which I read individually, are all superbly done fantasies. To get them in a single boxset such as this is a true treat. I cannot recommend this strongly enough.
Read more
One person found this helpful
Helpful
Comment Report abuse

M. Parrish
3.0 out of 5 stars Gret fantasy worldbuilding
Reviewed in the United States on July 31, 2020
This book had an interesting start and premise. The worldbuilding is great. But this book was a bit safe, predictable and insta lovey. I really had no real connections to the main characters but they where interesting enough.

The books are well written and easy to follow so for that I give it 3 stars.

I recieved these books in excahange for my honest opinion.
Read more
Helpful
Comment Report abuse
See all reviews from the United States