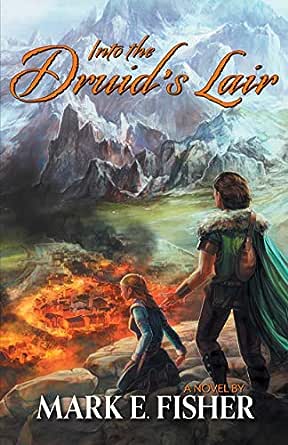 You've subscribed to The Scepter and Tower Trilogy! We will preorder your items within 24 hours of when they become available. When new books are released, we'll charge your default payment method for the lowest price available during the pre-order period.
Update your device or payment method, cancel individual pre-orders or your subscription at
Your Memberships & Subscriptions
There was an error. We were unable to process your subscription due to an error. Please refresh and try again. 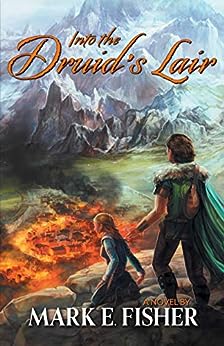 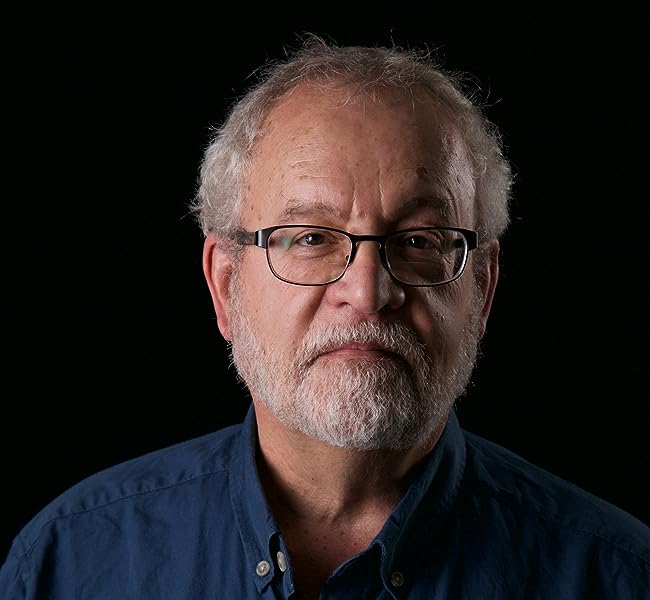 Into The Druid's Lair: Second In The Scepter and Tower Trilogy Kindle Edition 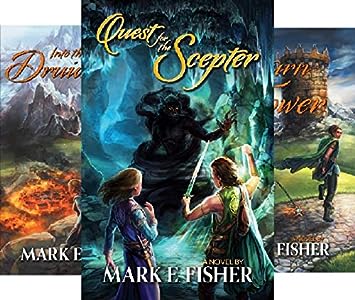 From a review of Quest For the Scepter, First in the Scepter and Tower Trilogy:

"The story of Quest For The Scepter is a thrilling one thanks to the enthralling and action-packed moments as well as the unpredictable nature of the book that will have the readers turning the pages with haste from beginning to end. I love books that involve a journey because usually in these stories the character develops and grows as they overcome events and battles which in turn adds to the development of the character and explores life lessons throughout the book and that is most certainly the case with Quest For The Scepter. What I loved most about Quest For The Scepter is that the reader is taken on an adventure that is continuously evolving and changing and that in turn kept my attention.

Mark E. Fisher is an incredibly talented author who clearly knows how to write unique but engaging stories. It was evident to me from the start that Fisher is a passionate writer who surely loves entertaining readers with his literature and putting a smile on readers' faces. I loved this about the author, but what I loved the most about Fisher's writing is his remarkable descriptions because they genuinely amazed me. Fantasy novels, in general, are difficult to write because you have to transport the reader quickly and effortlessly, but sadly this is rarely accomplished in a fantasy story but not Quest For The Scepter. Quest For The Scepter is the way it is because Fisher knows what he is doing! Fisher knows how to whisk his readers away to a fantasy land and entice them with magnificent descriptions and keep readers entertained from start to finish!"

ian
5.0 out of 5 stars Awesome Follow up
Reviewed in the United States on October 19, 2019
Verified Purchase
It's finally here! The second book in the tower trilogy! in this book we find our heroes facing even greater challenges and more terrifying evil forces than the previous book. I checked out the first book on a whim, and one of the things that stuck our was the way the author weaves creative conflicts and magical twists throughout the story. This series is def. for people who like the Fantasy/Magical genre; throughout the book, the theme of a higher power being in control alludes to give this book some great christian themes (much like the Lord of the Rings trilogy), that's keeps the reader engaged and on the edge of their seats wondering what’s around the next bend. I can wait to see what's in store for the next installment!
Read more
Helpful
Comment Report abuse

Del
5.0 out of 5 stars The advendure continues!
Reviewed in the United States on October 11, 2019
Verified Purchase
'Into The Druids Lair' is the second book in 'The Scepter and Tower Trilogy.' The book picks up right where "The Quest For The Scepter" left off. Now that they have the Scepter, Tristan, Caitir and company continue their adventures, this time in search of Elyon's second gift. Their travels take them through many different lands, meeting interesting people and confronting exciting challenges along the way.

If you like the first book, you will like this one. In fact, I enjoyed 'Into the Druids Lair' more, probably since I was already invested in the characters and their quest to save the world.

I've already purchased the third book, "Return To The Tower" and am looking forward to discovering the fate of the company and the world.
Read more
Helpful
Comment Report abuse
See all reviews