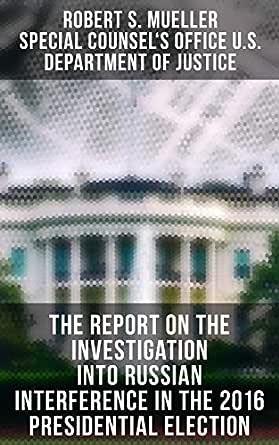 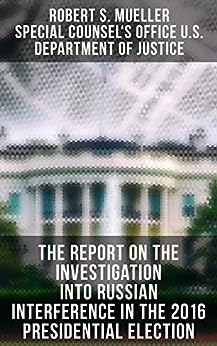 Dr. Thomas Law
5.0 out of 5 stars A Must Read for Every American
Reviewed in the United States on June 20, 2019
This is a must read for every American, especially those who are planning on voting in the upcoming election (which should be everyone 18 and older).

The advantage of this version over some of the others being offered is that it only includes the material released by the Attorney General. It does not include anyone's opinion. That is the best way to read this material. Read it and form your own opinions. That is the American Way.

The report lays out the almost two year investigation into Russian interference in the 2016 election. Although, as has been noted by other, the report does does not claim collusion on the part of the President. Part of the reason, as clearly stipulated in the first few pages of the document, is because collusion is not an article in the criminal code. Therefore, the prosecutor sought conspiracy which is a much more difficult mountain to climb. Mueller clearly indicates that although they did not find any conspiracy their investigation was limited. It was limited in the personnel available as well as limited to this country. Therefore, although no conspiracy was discovered in the documents available the Report leaves open the possibility that if other documents (mainly overseas or destroyed) had been available then the conclusion might have been different.

As to the issue of obstruction, the Report highlights a number of instances which might be considered. But, again, given the nature of the Special Prosecutors office as it investigated the office and person of the President, Mueller felt that the decision on this matter actually belongs to Congress. The undertone is that if this investigation had been about any other position and person then obstruction charges would have been forthcoming.