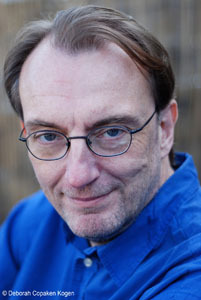 The Invisible Century: Einstein, Freud, and the Search for Hidden Universes Hardcover – June 17, 2004

Veteran science writer Panek's pairing of the dual icons Einstein and Freud, whose labors were in widely disparate fields, is both natural and inspired. He uses his formidable writing skills to illuminate two of the 20th century's most notable accomplishments, the theory of general relativity and the discovery of the unconscious, weaving them into an informative and interesting history of the scientific method. Panek's explanation of Einstein's theory of relativity is excellent, and readers will with pleasure understand this counterintuitive concept. He is equally good at describing how Freud developed his theory of the unconscious. Panek also describes how the two rejected the 19th-century scientific paradigm, which held that the more accurate measurement of physical aspects of the universe would unravel its secrets. As Panek (Seeing and Believing) states, "...Einstein and Freud wound up venturing where their contemporaries did not because at a certain point, they didn't investigate. They thought. They reconceived the problem." Besides providing valuable biographical detail about both Freud and Einstein, Panek demonstrates a wide-ranging knowledge of the development of scientific thought and philosophy, as well as the major developments in both cosmology and the study of human anatomy. There is a remarkable amount of information in this short book, and Panek's valuable thesis—that the triumph of 20th-century science was the discovery of the invisible workings of the universe and ourselves—is well made.
Copyright © Reed Business Information, a division of Reed Elsevier Inc. All rights reserved.

A less likely pairing emerges in this book--Einstein and Sigmund Freud. Although they met just once and didn't know what to make of each other's work, Einstein and Freud became the foremost proponents of research on the frontier of the invisible, the search for the next level of scientific data--evidence we can't see.

Packing Einstein and Freud together, science journalist Panek considers the philosophical aspects of each thinker's speculative leaps. Panek thinks their departures from pure empiricism are worth comparing because the success of Einstein's theory of general relativity contrasts with the failure of Freud's theories about the subconscious to be accorded the status of a science. Approaching matters historically, Panek discusses the limits of measurability that physics and physiology were bumping up against when Einstein and Freud, a generation apart, were starting their careers. As the author states, relativity had been part of physics since Galileo, but Einstein boldly intuited, without solid contemporary evidence, that relativity must knit together mass, motion, and electromagnetism. Also without proof, Freud vaulted from the 1890s state of knowledge about neuroanatomy to the idea that the psyche could be broken into analytical parts. The difference between each man's venture into the "invisible," as Panek's title puts it, is that Einstein has been vindicated whereas Freud has not. Readers drawn to philosophies of science will be Panek's best audience. Gilbert Taylor
Copyright © American Library Association. All rights reserved

A better presentation of the essence of Einstein's special and general theories of relativity than any number of popular books. -- New Scientist

Allows us to see in a different light a history that was in front of our eyes all along. -- The Boston Globe

An enjoyable blend of theories and personalities, anecdotes and explanations. -- The Los Angeles Times

Both [Freud and Einstein] would have been pleased. -- Nature

The Einstein section is brilliant: it is the finest nontechnical presentation of general relativity I have ever read. -- The New York Times

Richard Panek regularly writes about science for The New York Times and Natural History, where he has served as a monthly astronomy columnist. He has also written about astronomy and cosmology for Esquire, Outside, Discover, World Book Encyclopedia, and National Public Radio. His previous book is Seeing and Believing: How the Telescope Opened Our Eyes and Minds to the Heavens.
Read more

Page 1 of 1 Start overPage 1 of 1
This shopping feature will continue to load items when the Enter key is pressed. In order to navigate out of this carousel please use your heading shortcut key to navigate to the next or previous heading.
Back
Next
Pages with related products. See and discover other items: the universe of physics books