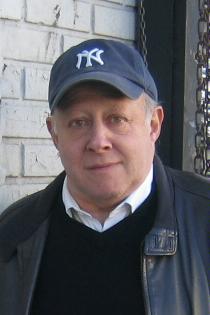 Ira Berkowitz is the author of the Jackson Steeg Mystery Series. His crime fiction novel Sinners' Ball won the Shamus Award in 2010.

He was born and raised in Brooklyn, New York. Writing fiction was the furthest thing from his mind.

He attended New York University, fully expecting to attend Medical School upon graduation. Instead, he wound up in law school. After enduring two years studying torts, contracts, corporate, real estate, and other legal matters - try curling up with the laws of riparian rights on a cold winter night - he decided there had to be a more interesting way to earn a living. And, with only one more year to go, he quit. Now he was really at odds and ends. No career. No job. And no prospects.

Enter his wife - then fiancee - the very wise, Phyllis.

How about advertising, she suggested. He patiently explained he had absolutely no artistic ability, wasn't trained in snappy headline writing, and had never taken a business or marketing course. A career as an ice-road trucker would make more sense. But the more he thought about it, the more alluring her suggestion. Client lunches with Captains of Industry. TV commercial shoots at exotic locations. Expense account. The mad, Mad Avenue whirl! And a big salary to boot! So he went for it, and managed to land a job paying a hundred dollars a week. And found that he loved the business. Thirty years later he retired and realized how lucky he was. There wasn't a day he didn't enjoy going to work.

After several months of doing absolutely nothing and hating it, Ira's wife asked how he planned to keep busy. With a blank stare for a response she suggested he try writing fiction. Once again he patiently explained that he had never taken a creative writing course - and didn't plan to. And, he reminded her, marketing plans were the only pieces of fiction he had ever written. She reminded him of the "advertising" conversation they had had thirty years earlier. It did the trick.

Ira’s first effort at fiction garnered fifty rejections. But a few were encouraging, so he kept at it. His second effort, FAMILY MATTERS, the first book in the Jackson Steeg Mystery Series, was published in 2006 and won the Washington Irving Award for literary merit. And he repeated with OLD FLAME, published in 2008. SINNERS’ BALL, the third book in the series, won the Shamus Award for Best Crime Fiction Novel Of The Year. The fourth novel in the series, BLACK ANGEL has just been published.I

Ira is writing full time and considers himself lucky. There isn't a day he doesn't look forward to going to work. 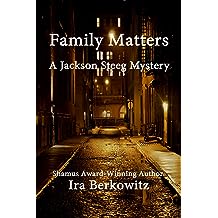 Jackson Steeg is on the skids. He’s under suspension from the NYPD for pushing his notions of fairness and loyalty a step too far. Spends much of his time fighting his desire to hit the bottle while ruminating over if and how he should go back to work at his old precinct. And has found himself the unlikely custodian of a smart-talking, street-savvy thirteen year-old girl.

But Steeg’s life suddenly changes when he awakens one night to find his Hell’s Kitchen tenement swarming with police. The dead body of a young woman was found in the apartment below his. A woman who was the daughter of a prominent socialite murdered twenty years ago. And who was responsible for the unsuccessful investigation of the socialite’s murder two decades earlier? None other than Steeg’s own father, a retired NYPD straight-arrow police captain who wants nothing to do with him.

Not one for coincidences, Steeg careens through the underbelly of the city to get to the truth, only to become enmeshed in a sordid mystery that goes back years and lays bare a devastating secret that threatens to destroy his own family.

With its edgy, urban characters-Steeg’s lesbian former partner, his brother who runs a Hell’s Kitchen mob, a Bible-thumping sociopath-caught in the grip of life’s harshest circumstances, Family Matters is New York noir at its finest. 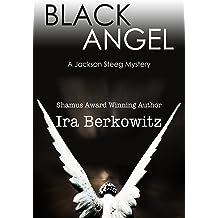 They called her The Bride. Young, homeless, and wearing a tattered wedding dress and veil matted with grime, she floated through the streets of Hell’s Kitchen like a spectre. Until she wound up dead.

To everyone, including the NYPD, she was a throwaway. But not to Steeg. Her life was a nightmare, but her death demanded justice. There had to be a balancing of the books.

But with Steeg nothing is easy. His search for The Bride’s killer is filled with blind alleys and potholes, but ultimately leads him to a vast international conspiracy that almost costs him his life.