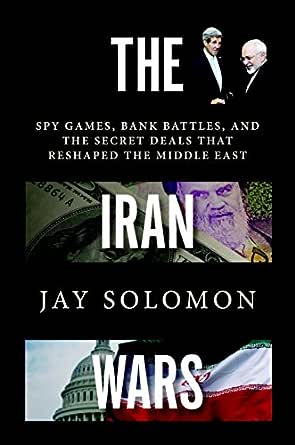 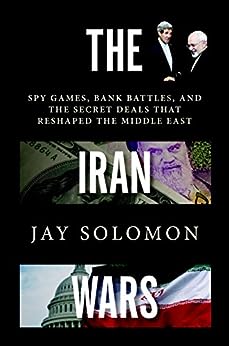 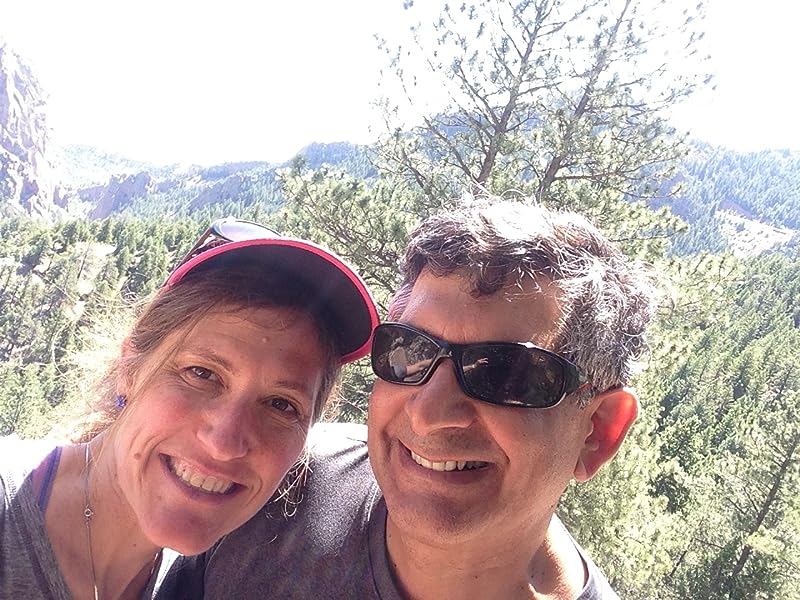 Advance praise for The Iran Wars

“The use of the word ‘wars,’ plural, in the title of this illuminating book tells the story: U.S.-Iranian relations have been troubled for many years. This deeply researched account of negotiations and their implications makes an important contribution to understanding the short- and long-term consequences of how we manage this difficult relationship.”—George P. Shultz, former Secretary of State

“An illuminating, deeply reported account from one of the best journalists writing about the Middle East today. Jay Solomon’s The Iran Wars offers a front-row view of the spy games, assassinations, political intrigue and high-stakes diplomacy that have defined relations with one of America’s most cunning and dangerous foes.”—Joby Warrick, Pulitzer Prize–winning author of Black Flags: The Rise of ISIS

“A thorough yet concise survey of Iran’s buildup of nuclear technology since the 1980s, its troubling exporting of Shiite insurgency in countries around it, and the changing American reaction. Wall Street Journal chief foreign affairs correspondent [Jay] Solomon offers an evenhanded look at the backdoor schemes involving the building of Iran’s nuclear weapons and the world players involved in and against its machinations. . . . In addition to in-depth research, Solomon enlists his own countless interviews and extensive on-site reporting to provide a sound, timely, authoritative exposé.”—Kirkus Reviews (Starred Review)

In the northern hills of Tehran lies a tribute to the Islamic Republic’s war dead. The Holy Defense Museum is a multimillion-dollar facility founded in 2004 that chronicles the violent campaign Iran’s Islamist leaders have waged in their region, beginning with the 1979 Islamic revolution. While memorializing the fallen, the monument also looks to Iran’s future goals, documenting Tehran’s obsession with establishing a new world order based on Islamic principles and its opposition to the United States, Zionism, and Western values as a whole.

At the front of the facility, trash cans wrapped in Israeli flags and human skulls line a walkway. Tanks captured during Iran’s eight-year war with Iraq are on display. Exhibits herald the republic’s growing military might, with replicas of Iran’s long-range Shahab missiles pointed to the sky and fighter aircraft that appear poised for takeoff.

Starting with the museum’s main hall, a guide takes visitors through the chaotic final days of the revolution and the overthrow of Iran’s last monarch, Shah Mohammad Reza Pahlavi. One exhibit tracks the day-by-day story of the Iranian students who held fifty-two American diplomats hostage for 444 days at the U.S. embassy. Galleries vividly recount the lives of the hundreds of thousands of Iranians who died fighting Saddam Hussein’s forces during the 1980–88 Iran-Iraq War. Three-dimensional holographs of Iran’s martyrs eerily stare down visitors as they pass by. It’s an illustration, says the guide, that the fallen continue to watch and protect the living.

The Holy Defense Museum is a monument to Iranian nationalism, the Islamic revolution, and the country’s historic role as the self-declared greatest historical power in the Middle East. Maps of the original Persian Empire show neighboring countries, such as Bahrain and Azerbaijan, as they are meant to be in the eyes of Tehran—under Iran’s writ. The Islamic Republic’s founder, Ayatollah Ruhollah Khomeini, is honored as one of the world’s greatest theologians. His successor, Supreme Leader Ayatollah Ali Khamenei, seen in photographs and videos, preaches the ideals of the revolution to supplicants and world leaders.

Beneath this patriotism, however, the visitor confronts the repeated mantra that Iran has been wronged and persecuted throughout its history, particularly by its Arab neighbors in collusion with the West. A section dedicated to Saddam Hussein characterizes the Iraqi leader as the tyrannical face of the Arabs who were committed to destroying Iran’s revolution from its earliest days. A photo of Saddam in his olive-green fatigues shaking hands with former U.S. defense secretary Donald Rumsfeld in 1983 is a reminder of their collaboration, the guide says. (During the height of the Iran-Iraq War the Reagan administration supplied intelligence to Baghdad that Saddam then used to launch chemical weapons attacks against Iranian targets.)

“How could you have worked with Saddam?” a guide named Mehdi asks me, an American, as we stare up at a photograph of the Iraqi dictator. The picture has been altered so that half his face is bathed in a satanic red. “You then had to fight him yourselves!”

Outside, on a concrete strip overlooking Tehran, sits the most chilling exhibit, the ghostly remains of four sedans once owned by Iranian nuclear scientists who were blown up or shot by hooded assassins. The cars are wrapped in white shrouds with red dye seeping through the fabric. Red tulips, an Iranian symbol of martyrs, stick out through the windows. Photos of the scientists peer out at visitors.

Massoud Alimohammadi was murdered when a remote-controlled bomb detonated near his car on January 12, 2010, in Tehran. The fifty-one-year-old, according to the gold-plated plaque displayed near his photo and car, was working as a university professor when agents from Israel’s intelligence service, the Mossad, killed him. The scientist was devout and never took actions in life “without deep understanding and complete study,” reads the inscription.

Darioush Rezaienejad was shot six times in his car in 2011 by two alleged Mossad assassins, says the plaque. The thirty-four-year-old was a research director in nuclear physics at a Tehran university who was clever and kind and who respected his parents. He died “in the presence of his wife and little daughter.”

Here, Iran’s defiance against its enemies through its commitment to its nuclear program is on full display. The head of the Atomic Energy Organization of Iran, a U.S.-educated scientist named Ali Akbar Salehi, inaugurated the grisly exhibit when it opened in 2012. A former foreign minister, Salehi was seen as a relative moderate in Iran’s theocratic system by American and European diplomats. But the scientist’s words underscored his commitment to Iran’s revolution and global struggle. “The memorial to the innocent nuclear martyrs is an image of honorable victors and chivalric offspring of science and technology . . . against the cruelty of global arrogance headed by the U.S. and Zionism,” he said.

The diplomacy Barack Obama and John Kerry were pursuing in 2013 was challenged not just by Iran and words such as Salehi’s, and not just by opposition from U.S. allies including Israel, Saudi Arabia, and the United Arab Emirates, but by history itself. Thirty-five years of frozen relations since the 1979 Islamic revolution have created a generation of Americans and Iranians who have known only conflict. In that time, the bureaucracies in both countries have become entrenched and invested in containing the other side.

The Iranian revolution in 1979 altered U.S. foreign policy in a way that few other events in our time have. Gone almost overnight was the shah, Washington’s closest Mideast ally outside Israel, who helped safeguard the nearly 40 percent of the world’s oil supply that moved through the Persian Gulf. In his place emerged a theocratic government that was fundamentally opposed to Western capitalism, democracy, and foreign policy and was committed by its ideology to fomenting revolutions in Muslim countries across the Middle East as well as Central and South Asia. There were parallels in the Iranian threat to that posed by Soviet communism. Both relied on heavy promotion and investment in a radical ideology and support for militant proxies internationally.

U.S. animosity toward Iran was seared into the American collective conscious from the early days of the revolution because of the attacks on American military advisors and the capture of the U.S. hostages. The embassy seizure in Tehran is widely viewed as having put an end to President Jimmy Carter’s reelection hopes in 1980. And it fed into a sense of despondency and hopelessness in the United States following the Vietnam War—a time also marked by economic malaise, sky-high oil prices, and the Soviet Union’s territorial advances.

The Iranian regime is driven by an Islamist ideology that sees the United States as its principal rival for dominance in the Middle East. Furthermore, while a president is elected every four years in Tehran, the country’s power rests almost solely in the hands of its supreme leader. This cleric directly controls the country’s most powerful military force, the Revolutionary Guard, and oversees clerical bodies that manage the judiciary, the legislature, and the executive. The president may be the public face of the regime, but that’s about it.

During the shah’s rule, the United States built Iran into its staunchest ally in the Persian Gulf and a policeman of the region’s oil traffic. Washington sent billions of dollars in arms to the Iranian monarchy and showered the country with U.S. loans and development experts from American universities, the State Department, and the World Bank. President Obama’s closest political advisor, Valerie Jarrett, lived in Iran in the 1950s when her father ran a children’s hospital in the city of Shiraz. The United States, ironically, lent support to a nuclear program the shah pursued in partnership with the German conglomerate Siemens AG. The ruler touted the economic benefits of nuclear power, though he also hinted at its military application. Tehran’s Islamist government inherited the nuclear sites, but it appeared initially uncertain about using them. --This text refers to the hardcover edition.
Read more