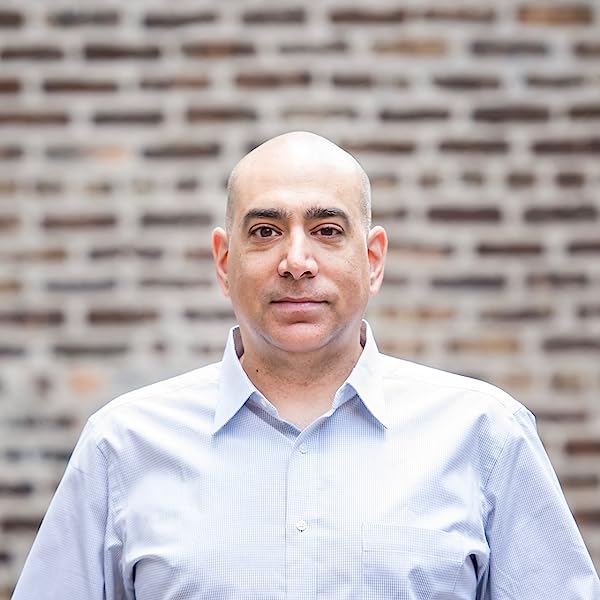 "Here is a brilliantly collated body of unrelenting, undeniable evidence of the horrors that the U.S. government sanctions are visting upon the people, in particular the children, of lraq."

3.1 out of 5 stars
3.1 out of 5
15 global ratings
How are ratings calculated?
To calculate the overall star rating and percentage breakdown by star, we don’t use a simple average. Instead, our system considers things like how recent a review is and if the reviewer bought the item on Amazon. It also analyzes reviews to verify trustworthiness.
Top reviews

Chris
5.0 out of 5 stars Read this for comfort in these viscious times
Reviewed in the United States on March 28, 2003
Verified Purchase
People going out of their minds from the pathological jingoism and pentagon produced santizied media coverage should read this book. Reading the essays by people like Kathy Kelly , a real hero, of Voices in the Wilderness, an utterly wonderful organization, is somewhat soothing. And to read about the depleted uranium that our troops are being exposed to....
Anthony arnove quotes a Washington post article from June 2000 that the little notice "No-fly zone" bombings were regularly killing civilians.. During the Gulf war, our "smart bombs" hit water treatment facilities, electrical plants, and other such vital civilian infrastructure leading to the indirect murder of tens of thousand of Iraqis. Under "dual use" bans imposed by the U.S. Iraq has not been able to import vital medicines, spare parts and chemicals like chlorine for water treatment, fertilizers to fight agricultural plagues. So Iraqis drink water filled with sewage and die hideous deaths in hospitals which don't have equipment or medicine. And it is noted that John Negroponte our ambassador to the UN did not mention that at the time of the passage of resolution 1409 in May 2002, the U.S. was blocking on the UN sanctions committee over 5 billion in Iraqi requests for vital civilian supplies. They have not been able to repair transportation systems to transport food or repair warehouses or get air-conditioned trucks to transport goods in the heat.
Noam Chomsky points out how the Republicans in the 80's were authorising the shipments to Saddam of materials to build his WMD arsenal. And plenty of credits to buy agricultural produce: in december 1989 Bush Sr. announced a major increase. Iraq needed to import food because Saddam had ruined Iraq's northern breadbasket in the 80's. Bob Dole and other senators came to soothe him in the Kurdish city of Mosul in April 1990 about a few scattered negative reports in the American press about him. He points out that the U.S. helped Saddam crush the post-gulf war rebellions; Schwartzkopf allowed Iraqi aircraft to fly over U.S. lines to crush it. The U.S. preferred Saddam Hussein to stay in power and then maybe some pro-U.S. "iron fisted junta" as Chomsky quotes the New York Time's Thomas Friedman, could take his place and hold Iraq together as well as Saddam did back in the 80's to the approval Turkey, the Saudis and the U.S.
Dr. Peter Pellet points out that the Kurdish North benefited during the sanctions era because it is the breadbasket of Iraq and it received more than 50 percent per capita oil for food aid than the Saddam controlled part of the country. NGO's also gave a lot more aid to it.
Sharon Smith points out that this is a prime time for anti-war organizing. What with the obvious links of the Bush administration to the corporate knavery of the 90's and their accelleration of the attack on worker's rights. With regard to the latter she notes the Longshoreman were threatened and finally forced back to work by the invocation of Taft-Hartley in Oct. 2002. She points out that much of the promised food aid to starving Afghans has not materialized and the Northern Alliance judges have ruled that women running away from their husbands will only be jailed, not killed as under the Taliban. She points to some success in organizing: I like her reference to the disruption of the staged "town meeting" conducted by Clinton officials in February 1998 where that ruthless killer Miss Albright was flustered by a question about U.S. funding of Indonesia's occupation and genocide in East Timor.
Barbara Nimri Aziz has an really moving and profound essay about this intellectual couple in Baghdad who were full of life in spite of being deprived of books and periodicals by the sanctions. The husband dropped dead of a heart attack, part of the enormous rise in heart problems caused by the deprivation of the sanctions. Iraqis before 1990, in spite of the Ba'ath regime had produced a vigorous society that was in many ways close to the first world. The U.S. dosen't like third world people who do well. The bombing and sanctions have crushed ordinary Iraqis as many people have suddenly discovered(while their leaders whom Americans were suddenly told to hate after 8/02/90 have prospered quite well).
Dennis Halliday argues that the part of UN resolution 687 should be implented which calls for removing all WMD from the Middle East. He callslifting the sanctions from Iraq, once it fully complies with inspections and dropping the threat to overthrow the regime even if it does comply. It involves lifting the sanctions to empower the Iraqi people to overthrow Saddam. Not realistic anymore obviously but a good plan. It is noted in the endnotes to Halliday's and Phyllis Bennis's interview with David Barsamian that the U.S. is the biggest arms trader in the Middle east, selling at least a billion dollars worth to governments like Saudi Arabia, Israel and Turkey.

Kerry Walters
5.0 out of 5 stars The war never ended
Reviewed in the United States on January 2, 2003
Verified Purchase
The war against Iraq didn't end in 1991. Since then, US and UK forces have dropped almost 2000 bombs and hit almost 500 targets enforcing "no fly zones" in the north and the south. One US official boasts that "We're down to the last outhouse" when it comes to targets. The Los Angeles Times refers to the war on Iraq as "the longest sustained US air operation since the Vietnam War." In addition to the continued air strikes, economic sanctions have severely crippled Iraq's economy. The "collateral damage" caused by the sanctions are first and foremost children. UNICEF estimages that 5000 Iraqi kids under the age of 5 die each month because of "the prolonged measures imposed by the Security Council." When asked on "60 Minutes" in 1996 if the death of half a million children was worth the sanctions, then-Secretary of State Madeleine Albright responded: "We think the price is worth it." Clearly the present administration concurs.
*Iraq Under Siege* is a masterful collection of essays that speaks to the ongoing "hidden" war against Iraq and spells out in graphic detail, and with a wealth of statistical back-up, the costs of that war. This is stuff you won't get in the mainstream media. CBS, NBC, ABC, Fox, and CNN won't tell you, for example, that the US used nuclear weapons in the Persian Gulf War--weapons made from radioactive depleted uranium, which vaporized on impact and contaminated both civilians and US military personnel; that mortality from otherwise treatable illnesses have skyrocketed in Iraq because the sanctions reduce the availability of simple medications; or that 6000 Iraqi infants die of starvation each month (this from the UN coordinator for humanitarian aid to Iraq, Denis Halliday).
Reading this book goes a long way toward explaining why the US is distrusted by the Middle East. It also goes a long way toward persuading any open-minded reader that this nation's foreign policy simply must change. How can any American with conscience sleep comfortably?
Read more
9 people found this helpful
Helpful
Comment Report abuse

J.W.K
5.0 out of 5 stars Atrocious
Reviewed in the United States on June 21, 2002
Verified Purchase
When you hear leftist MIT professor Noam Chomsky talking about "the deadly effect of US-imposed sanctions on Iraq," you squirm a little, wondering. Then you read many credible sources citing the death of over one million innocent people (including some 5oo,ooo children) as a result of these sanctions. This makes you cringe a little more, but you still wonder about the reality of it all. Although this book does not furnish any photos of children with one mutant eye bulging out their head from exposure to depleted uranium radiation, it does nonetheless paint an accurate picture of the current situation. (Btw, I was exposed to footage of "dumpster babies" and mutant children in Japan, so you can take my word when I say that you wouldn't want to see such photos anyway.) Moreover, the book will provide you with the most up-to-date information about the sanctions available in print. If Iraq, biological warfare or sanctions are issues that interests you, this book is not to be passed up.
Read more
10 people found this helpful
Helpful
Comment Report abuse

Peter Suchsland
4.0 out of 5 stars Another perspective
Reviewed in the United States on January 9, 2003
Verified Purchase
Very interesting commentary on US policy toward the middle east; and it's not flattering. Unfortunately, its difficult to know the all facts in this situation with Iraq; and the book does not give the most authoritative feel. then again nor do the major networks. Important read considering the military action about to start.
Read more
8 people found this helpful
Helpful
Comment Report abuse
See all reviews