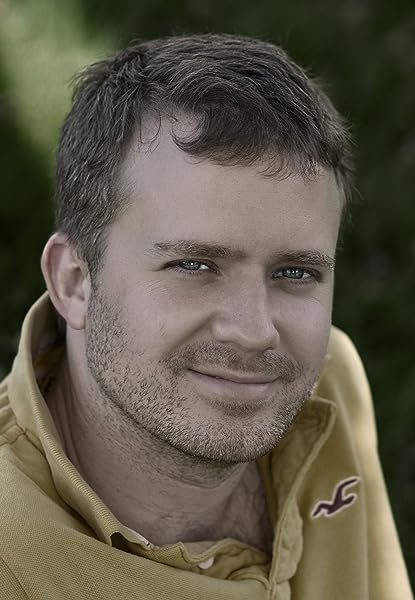 "Irish Swordsmanship is both a labour of love and a ten-year love of labour apparently. The breadth and detail of the easily-assimilated material that is presented (and consulted) is impressive. Nearly every chapter offers something new or long-forgotten for the historical reader to consider, and the effect of the whole is a comprehensive history of a here-to-fore,largely neglected group of HEMA peers during a specific time...Miller is well qualified to undertake this massive and well-documented interpretation of the subject; being both an accomplished authority in written sword lore and history; as well as also knowing what end of a sword (or pike, or bayonet) goes forward; he being a long-time swordplay student and practitioner with the eminent Martinez Academy of Arms..."

"Ben Miller's Irish Swordsmanship: Fencing and Dueling in Eighteenth Century Ireland is a welcome addition to the corpus of historical European martial arts literature. While there are numerous book on dueling and the martial arts, they tend to be either very broad in scope or focus on other regions of Europe. Until now, few have focused on Ireland,which in the eighteenth century was home to some of the most renowned swordsmen in Europe. Miller's book fills this gap in our knowledge...

"Miller's treatment is very well executed, and his knowledge and affection for his subject is clear.What he has accomplished is a book that is not only informative but engaging. As a writer, he is able to provide a text rich with information without bogging the reader down with excessive or tangential detail.

"Miller tackles his subject from several angles. He provides a thorough treatment of the culture of dueling in Ireland, where quarrels arose out of genuine matters of honor, but also where men casually picked fights and killed each other either out of machismo or boredom. He then treats of the gladiatorial stage performances of Irish masters of defense, the prize fighters who, like their English counterparts, demonstrated their skill at swordplay with sharps and risked gruesome mutilation and sometimes death for fame and a little money. Impressively, Miller is also able to provide short biographies of many of Ireland's famed duelists and gladiators. He next describes the street gangs and dueling clubs that plagued Ireland's cities, which demonstrated as much as anything else the vital need for citizens to arm themselves and be skilled in the science of defense. Duelists, gladiators, and gang members provided not only the students, but also the teachers of Ireland's fencing schools, Miller's next chapter, who not only furnished the Irish with technical skill, but also promoted themselves with their own fencing exhibitions and contests. Miller caps off his historical treatment with a chapter on the famed Knights of Tara, a society of fencers who charged themselves with promoting the usefulness of skill in the science of defense, and acted as a regulatory body in an effort to reduce what they perceived as abuses and excesses of dueling. If that wasn't enough by itself, Miller proceeds to wrest from obscurity an anonymous Irish fencing book first printed in 1781 and subsequently ignored for the next two centuries: A Few Mathematical and Critical Remarks on the Sword.Miller provides a faithful transcription of this lengthy work, and makes a compelling argument regarding the identity of the author.Devoid of illustration, it is nonetheless a lively and spirited instructional work.

"Copiously cited, the book boasts an ample bibliography, and Miller clearly took advantage of a large number of primary and secondary source materials and synthesized them into an eminently readable volume. Even if Irish Swordsmanship inspires future works on Irish fencing, Miller's work will certainly be authoritative for quite some time."

BEN MILLER is an American filmmaker and author. He is a graduate of New York University’s Tisch School of the Arts, was the winner of the Alfred P. Sloan Foundation Grant for screenwriting, and has worked for notable personages such as Martin Scorsese and Roger Corman. For the last twelve years, Miller has studied fencing at the Martinez Academy of Arms, one of the last places in the world still teaching an authentic living tradition of classical fencing. He has served as the Academy’s chef de salle, and has authored articles for the Association of Historical Fencing, focusing on the fencing and dueling of the American colonial period. He is the editor of "Self-Defense for Gentlemen and Ladies: A Nineteenth-Century Treatise on Boxing, Kicking, Grappling, and Fencing with the Cane and Quarterstaff" (Berkeley: North Atlantic Books, 2015), containing the writings of the noted duelist and fencing master, Colonel Thomas Hoyer Monstery. He wrote the foreword to the republication of Donald McBane’s classic martial arts treatise, "The Expert Sword-Man's Companion: Or the True Art of Self-Defence" (New York: Jared Kirby Rare Books, 2017). Miller’s articles about fencing and martial arts history can be found on the websites martialartsnewyork.org and outofthiscentury.wordpress.com.

Taylor Hagood
5.0 out of 5 stars A superbly researched and beautifully illustrated history of Irish swordsmen and women.
Reviewed in the United States on January 13, 2018
Verified Purchase
Ben Miller's latest book unearths rare documents and images to present the history of swordsmanship in eighteenth century Ireland. The depth and breadth of Miller's research is very impressive--he has surely left no stone unturned after a decade of working in archives in Ireland, England, and the United States. Doing so was no small feat since most of the records of eighteenth-century Ireland were burned in 1922 during the Irish Civil War. Miller managed even to find "on the very eve that the proof of this book was to be submitted to the printers" the 1804 book "An Idea of Defence" in London.

Miller provides both detail and insight into the dueling culture of eighteenth-century Ireland, explaining what factors fueled that culture even as he allows the historical voices to speak in their own words via voluminous quoting. He then provides biographical sketches on several of the most important duelists. Along the way, he offers up rare images of duels, fencing, and swordsmanship. The book closes with the anonymously published and heretofore largely unknown treatise "A Few Mathematical and Critical Remarks on the Sword"; Miller does intriguing detective work to suggest a possible solution to the mystery of who the author could be.

This book should appeal to historians as well as fencers, shedding light on important aspects of swordsmanship and dueling in the English-speaking world.

Cleon P. Grover
5.0 out of 5 stars Historical view of fencing
Reviewed in the United States on February 7, 2019
Verified Purchase
I enjoy researching historical fencing manuals. This book ties in perfectly. I like to know what it was like in those olden days, and this gives a really neat insight into the minds and manners of gentlemen in the 18th Century. Highly recommend it!
Read more
Helpful
Comment Report abuse

Solow 2461
5.0 out of 5 stars A Great Book To Read!!!
Reviewed in the United States on July 1, 2018
I just finished this book and it was absolutely amazing. I would definitely recommend this book to anyone interested in fencing, martial arts, and/or history.
Read more
One person found this helpful
Helpful
Comment Report abuse
See all reviews

Carry on calmly
4.0 out of 5 stars Remarkable research
Reviewed in the United Kingdom on August 24, 2019
Verified Purchase
Excellent book on a virtually unknown subject. Not a book to be read from cover to cover, but one to dip into for remarkable stories about sometimes remarkable men.
Perfect for practitioners of modern swordsmanship.

SPAD
3.0 out of 5 stars A well produced book
Reviewed in the United Kingdom on January 30, 2018
Verified Purchase
Interesting but not riveting. Expensive.
Read more
One person found this helpful
Report abuse
See all reviews