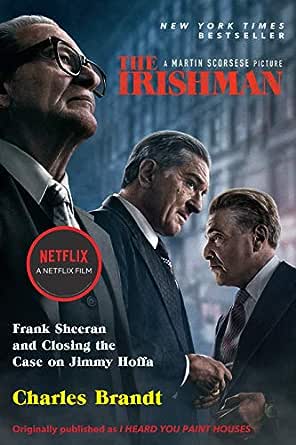 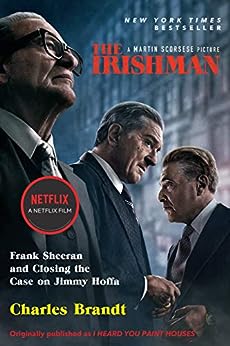 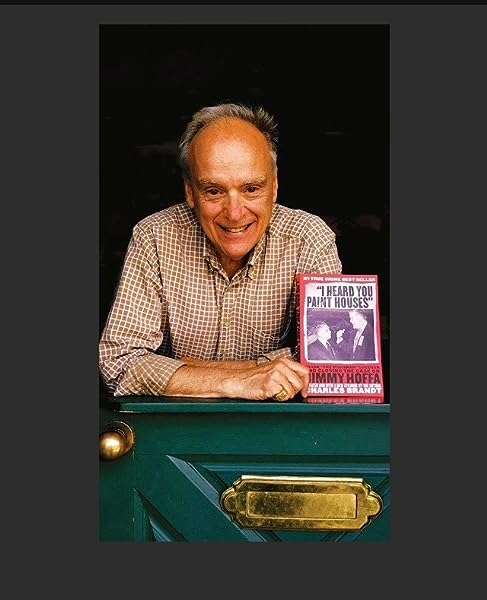 “Sheeran’s confession that he killed Hoffa in the manner described in the book is supported by the forensic evidence, is entirely credible, and solves the Hoffa mystery.”  — Michael Baden M.D., former Chief Medical Examiner of the City of New York

“I’m fully convinced – now – that Sheeran was in fact the man who did the deed. And I’m impressed, too, by the book’s readability and by its factual accuracy in all areas on which I’m qualified to pass judgment. Charles Brandt has solved the Hoffa mystery.” —Professor Arthur Sloane, author of Hoffa

“Sometimes you can believe everything you read.” — William “Big Billy” D’Elia, successor to Russell Bufalino as godfather of the Bufalino crime family

“My source in the Bufalino family . . . read I Heard You Paint Houses. All the Bufalino guys read it. This old-time Bufalino guy told me he was shocked. He couldn’t believe Sheeran confessed all that stuff to [Brandt]. It’s all true.” — New York Police Department organized crime homicide detective Joseph Coffey

“If the made men Brandt rubbed up against during his five years with Sheeran suspected what Sheeran was confessing to him on tape, they’d both have been promptly whacked.” — Joe Pistone, retired FBI deep undercover agent and the author of Donnie Brasco

I Heard You Paint Houses “gives new meaning to the term ‘guilty pleasure.’ It promises to clear up the mystery of Hoffa’s demise, and appears to do so. Sheeran not only admits he was in on the hit, he says it was he who actually pulled the trigger — and not just on Hoffa but on dozens of other victims, including many, he alleges, dispatched on Hoffa’s orders. This last seems likely to spur a reappraisal of Hoffa’s career. . . . Sheeran is Old School, and his tale is admirably free of self-pity and self-aggrandize­ment. Without getting all Oprah about it, he admits he was an alcoholic and a lousy father. His business was killing people, and . . . he did it with little muss, fuss or introspection.’’ — Bryan Burrough, author of Public Enemies, in The New York Times Book Review

“One of Sheeran’s virtues was his gift as a storyteller; one of his flaws was his tendency to murder, in mobster jargon, ‘to paint houses.’ . . . Although he professed his loyalty to Hoffa – he said on one occasion, ‘I’ll be a Hoffa man ‘til they pat my face with a shovel and steal my cufflinks’ − Sheeran acknowledged that he was the one who killed the Teamsters boss. . . . On July 30, 1975, Hoffa disappeared. Sheeran explains how he did it, in prose reminiscent of the best gangster films.”  — Associated Press

“I Heard You Paint Houses is the best Mafia book I ever read, and believe me, I read them all. It’s so authentic.” — Steven Van Zandt, featured actor, “Silvio Dante,” in The Sopranos and musician in Bruce Springsteen’s E Street Band

“Told with such economy and chilling force as to make The Sopranos suddenly seem overwrought and theatrical.” —New York Daily News

“Is Sheeran believable? Very . . . and ‘I Heard You Paint Houses’ is a very enjoyable book.” —Trial Magazine

“A page-turning account of one man’s descent into the mob.” —Delaware News Journal

Born and raised in New York City, Charles Brandt is a former junior high school English teacher, welfare investigator in East Harlem, homicide prosecutor, and Chief Deputy Attorney General of the State of Delaware. As a prosecutor, he handled more than 50 homicide proceedings, four of which sent men to death row. In private practice since 1976, Brandt was a criminal defense attorney specializing in homicide for a decade, and has been president of the Delaware Trial Lawyers Association and the Delaware Chapter of the American Board of Trial Advocates. He has been named by his peers to both Best Lawyers in America and Best Lawyers in Delaware. He is a frequent speaker on cross-examination and interrogation techniques for reluctant witnesses. Brandt is the author of a novel based on major cases he solved through interrogation, The Right to Remain Silent. He is also the co-author of Joe Pistone's Donnie Brasco: Unfinished Business and of Lin DeVecchio's We're Going to Win This Thing: The Shocking Frame-Up of a Mafia Crime Buster.

Anna V. Carroll
VINE VOICE
5.0 out of 5 stars Leaves You Numb!
November 26, 2019
Format: Mass Market Paperback
I read I Heard You Paint Houses when it came out. How much of this story, reputed to be authentic, can I believe? I had never heard of Frank Sheeran. I thought I knew the names of ALL the mobsters. Obviously not.

I sat through 3 1/2 hours of the film version, The Irishman, yesterday here in NYC. My friend and I left the theater numb from the emotions the actors drained from us. This is The Godfather for the Millennium.

Marty is 77. Al is 79. Joe is 76. Bob is 76. I wouldn't call this film their 'Swan Song' but they will never give performances like this again. Al Pacino was explosive! His best acting role ever. He stole each frame from De Niro, which is virtually impossible to do. He is a shoo-in for the Academy Award next year.

That said, the Academy is going to have a heck of a time trying to choose which actor gave the best performance in this film. De Niro, Pesci, and Pacino are equally fantastic. They should make it a triple win in Best Actor category and give them all an Oscar. Surely no one can take the Best Film and Best Director awards away from Marty Scorsese. His finest three and a half hours hands-down.

The book should be read before or after watching the film. Preferably before. It gives you a roadmap of what you will see in the film. The only question I have about Sheeran is, was he involved in the murder of Joey Gallo? I don't recall seeing his name mentioned in the books about his death. I re-read the two biographies of Gallo and his death, and Sheeran had no mob family ties to Colombo or Gallo. His mob affiliations were in Philly, not NYC Gallo's murder was in retaliation for his part in Joe Colombo's demise. Gallo was celebrating his 43rd birthday the night he died with his new bride and friends at the Copacabana with beloved actor Jerry Orbach and his wife. They did not accompany Gallo to Umberto's Clam House afterward. Orbach's mother was Italian.

I don't see how Sheeran fits into the killing that night at all. Sheeran was very tall (6'4") and very Irish. I thought all the gunmen that night on both sides were Italian. Gallo and his bodyguards were Italian and known to everyone in Little Italy, where he was killed. That is the only question I have about his involvement in all the Mob hits in the book and film.

Speaking of Irish, how many people know that Jimmy Hoffa's mom was Irish? That may be why he hit it off so well with Sheeran. That is not mentioned in the film.

I know, at age 77, I won't see another film this perfect in my lifetime. Just thrilled I lived long enough to see my favorite actors and director acting their hearts out in this moving, riveting, informative, scary, emotional film. Buy the book! It comes out on Netflix tomorrow, but seeing it in a small, intimate movie theater, is well worth sitting for almost four hours! I can't wait for next year's award season. If I live that long!

P. S. Mr. Scorsese, if you ever decide to take on Vincent 'Chin' Gigante, as a cinema subject, you might want to seriously consider actor Holt McCallany (Mind Hunter) as 'The Chin.' Perfect casting.

UPDATE: Oscar Night 2/9/20 Wow! The Academy really isn't going to let any film made by Netflix win anything, are they? An absolute disgrace. The Irishman did not win any awards this award season and it is anti-Netflix sentiment. This film will be around long after today's winners are forgotten. So sad!

joan sherman
1.0 out of 5 stars not what I wanted
November 22, 2019
Format: Mass Market PaperbackVerified Purchase
I am 85. It would take me 10 years to read the book.

I wanted the DVD of the Irishmen.

Mitchell Warriner
5.0 out of 5 stars "I Heard You Paint Houses"
December 2, 2019
Format: Mass Market PaperbackVerified Purchase
Contrary to previous reviews, I found the typography to be just fine and the editing is clean and clear-cut. While Brandt is the author of the book, the narrative reads from Sheeran's mouth and quotation marks are present when it is in his voice as indicated in the prologue. It is a fascinating and compelling read regardless of various critics' analysis questioning Sheeran's confession. I highly recommend reading this book and viewing the Scorsese film!
Read more
7 people found this helpful
Helpful
Comment Report abuse

Sam R.
1.0 out of 5 stars Very poor typography
November 22, 2019
Format: Kindle EditionVerified Purchase
The typography is terrible. There seems to be two people telling the story, the book’s author and Frank Sheeran, and there’s no way to tell which of them is “talking”. It switches from one voice to the other with no way of knowing whose voice it is. Whether this is meant to be clever or is accidental, it doesn’t work for me.
Read more
6 people found this helpful
Helpful
Comment Report abuse