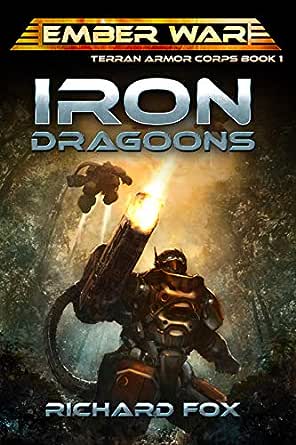 You've subscribed to Terran Armor Corps! We will preorder your items within 24 hours of when they become available. When new books are released, we'll charge your default payment method for the lowest price available during the pre-order period.
Update your device or payment method, cancel individual pre-orders or your subscription at
Your Memberships & Subscriptions
There was an error. We were unable to process your subscription due to an error. Please refresh and try again. 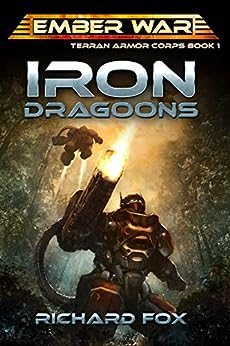 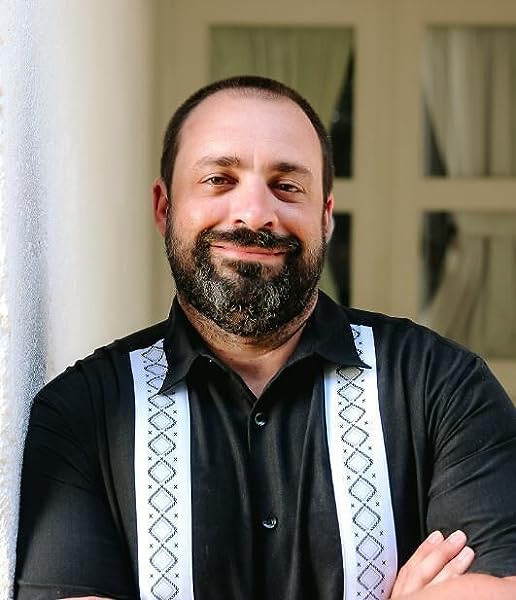 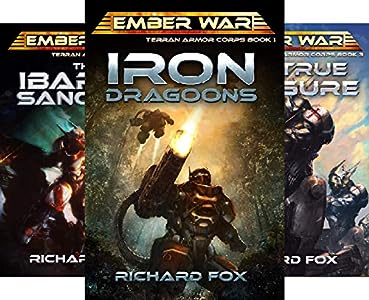 Richard Fox is the author of The Ember War Saga, a military science fiction and space opera series, and other novels in the military history, thriller and space opera genres. He lives in fabulous Las Vegas with his incredible wife and two boys, amazing children bent on anarchy. He graduated from the United States Military Academy (West Point) much to his surprise and spent ten years on active duty in the United States Army. He deployed on two combat tours to Iraq and received the Combat Action Badge, Bronze Star and Presidential Unit Citation. --This text refers to the paperback edition.

4.5 out of 5 stars
4.5 out of 5
399 global ratings
How are ratings calculated?
To calculate the overall star rating and percentage breakdown by star, we don’t use a simple average. Instead, our system considers things like how recent a review is and if the reviewer bought the item on Amazon. It also analyzes reviews to verify trustworthiness.
Top reviews

Rob Mc
4.0 out of 5 stars Powered Armor Done Right
Reviewed in the United States on September 21, 2017
Verified Purchase
I was not expecting to like this book as much as I did.
I’ve never read Richard Fox’s work before and I have developed a healthy dose of skepticism regarding indie authors and marketing. When I saw he had won the Dragon Award, I decided to give it a shot, having long sice bought it on sale based on the stunning cover alone.

As I dove into the book, I realized I was wrong to doubt. This book is excellent. Seriously, a great example of the military sci-fi genre, and a real showcase for the good that happens when a soldier decides to write what they know.

The powered armor concept shown in this book (and, I understand, also in the Ember War books, which this is a sort of sequel to) is very well thought out and executed. The training scenes, both the rigors of the qualifying evolutions and the action they contain, is top notch.

This is the first book in a series, and I think it speaks volumes that I’ve already bought the second book.

Kindle Customer
5.0 out of 5 stars Military Sci-fi at it's best!
Reviewed in the United States on September 14, 2017
Verified Purchase
I read this after a recommendation from Isaac Hooke, one of my most favorite authors. This book grabbed me right off the start. Military sci-fi is my favorite genre and this book delivers. I was heavily invested in the characters and how they develop from young volunteers (and veterans alike) into the cadre of the most revered and honored branch of the future military arm, the Armor (Terrance Armor Corps). This is a standalone novel but thankfully Richard Fox is a prolific author. I will be reading the books that follow after this and will be reading the related series that come before this series (The Ember War Saga).
I feel like a guy that picked up a dollar bill laying on the ground when then is elated to discover it's actually a hundred dollar bill! Yes, it's that good. I pity any fan of this genre that does not read this most excellent read from this master storyteller. If you like Isaac Hooke (Rade Galaal series) or John Ringo (A Hymn Bedore Battle) then you will be delighted.
Read more
6 people found this helpful
Helpful
Report abuse

J Olsen
4.0 out of 5 stars Powered armor for the win
Reviewed in the United States on October 15, 2017
Verified Purchase
I've always liked the idea of mech suits and powered armor, but this story is much more about the people involved. The equipment is merely a tool to use as we follow the people through challenges, as with any good story. This is a great introduction setting the stage for more stories and tells just enough of the backstory to be intriguing.

For those who want to see a mech training program and an introductory live fire event, this is great. Military buffs have plenty to look at and appreciate. My only challenge with it was that I went in expecting more daring and adventure rather than packing it all at the end after all the training and testing. Even so, I had a lot of fun following all the characters through the story. It could be I went in expecting book 2 of a series and got book 1. I still enjoyed it.

There's a subtext of the religious views of some of the Armor (the name for the military group) that plays an interesting part, and the view of religion as a positive influence in their lives was refreshing to me.
Read more
4 people found this helpful
Helpful
Report abuse

markf
5.0 out of 5 stars If you like military Science Fiction
Reviewed in the United States on April 20, 2017
Verified Purchase
If you like military Science Fiction, and especially if you loved Heinlein's Cap Troopers from Starship Troopers, then this is for you. The characters are good. The Tech is great. And the story is a great origin story. I'm looking forward to the rest of the series
Read more
11 people found this helpful
Helpful
Report abuse

Amazon Customer
5.0 out of 5 stars Very well done coming of age story and becoming Armor in the Ember Universe
Reviewed in the United States on July 2, 2018
Verified Purchase
iron Dragoons is very well done as is all of Richard Fox's writing. If you have not read the Ember War series I recommend you start with that series then continue with the Iron Dragoons series. Character development is excellent combined with building a very distinct universe makes the stories alive in way that few authors achieve. This book follows Roland Shaw, orphaned in the war, volunteering for armor after a supposed chance encounter with an entity that motivates him. Rather than filling up the review with what is in the book I suggest you read the Ember series then this book which will make all historical references clear and provide the context of what it means to be Armor.
Read more
3 people found this helpful
Helpful
Report abuse

BarbaraSJ
4.0 out of 5 stars Good fun
Reviewed in the United States on August 8, 2020
Verified Purchase
It took me some time to "get into" the story. I like a sci fi/military book that begins with action. Oddly enough, the book that did it best, and first, I think, is Steakley's Armor. There are other similarities and forward glances of other books in the genre, but this doesn't necessarily detract. Some of the questions I had in references made to previous occurrences in the history of Earth, it's wars, and the Armor Corps might have been answered if I had read this author's books from other series first. But I saw this referred to first, and missing those 'history's didn't detract from the plot much. The characters are developed well enough, and when the action begins, it's done well. I did take issue with the author's s naming of Three planets about three-quarters into the book. I' m not sure if it's meant to be an Easter egg for sci go buffs, or it's just silly. I won't spoil it for you. But I "got" it, and I laughed.
Read more
Helpful
Report abuse
See all reviews

Beachbum
3.0 out of 5 stars Usual first book of a series
Reviewed in the United Kingdom on December 1, 2018
Verified Purchase
What you would expect from a first book, lots of character development, the usual how good am I, do I deserve this, he isn't good enough story line, with the less than surprising, surprise adventure at the end and the last few lines teasing you with ideas of the next book
Having said it's the usual stuff, it's still good enough for me to get the 2nd in the series
Read more
One person found this helpful
Report abuse

P. T.
4.0 out of 5 stars Ember spin off doesn't disappoint
Reviewed in the United Kingdom on May 2, 2017
Verified Purchase
I enjoyed the ember saga series a lot and this book is a spin off, set a few years after the conclusion of the series. You follow the trials and tribulations of a prospective recruit trying to become 'armour'. It gives an insight into what it takes to become a recruit which was interesting, but I didn't get a real sense of the physical and mental pressure that you might expect a recruit to go through to prove they could become armour. That being said story zips along well, it has makings of another good series.
Read more
One person found this helpful
Report abuse

Ben Whitelaw
5.0 out of 5 stars Who ruined my life by letting this book have an end?! Huh?!?!?!
Reviewed in the United Kingdom on September 26, 2017
Verified Purchase
Brilliant continuation to a series I hoped never to finish. Love the new perspective and heck dang if it isn't action packed!
I'll admit to being a fussy sci-fi reader and this ticked all the boxes and left me shaking my kindle for more. (I literally let out a "gah!" Of horror upon discovering I'd finished it)

MichaelG
2.0 out of 5 stars Suitable for American YA readers
Reviewed in the United Kingdom on May 29, 2020
Verified Purchase
I stopped reading at 7%. Gung ho children's stuff with lots of American jargon. I gave it 2 stars to be generous.
Read more
Report abuse
See all reviews