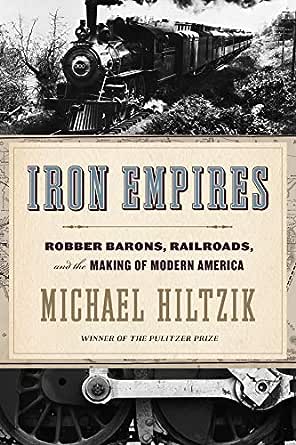 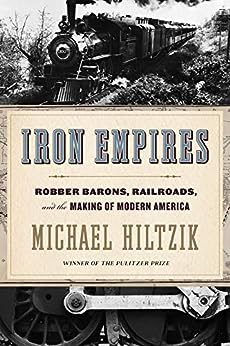 "Unbridled ambition, greed, corruption, ' creative destruction, ' and a bit of conscience--Michael Hiltzik's vivid account of the railroad barons in the Gilded Age shows us the workings of unbridled capitalism at its zenith (or nadir, as the case may be). The names Morgan, Harriman, Pullman, Hill, Villard, Rockefeller will forever be associated with creating America's first great infrastructure and making America 'modern.'

-- "Gordon H. Chang, author of Ghosts of Gold Mountain: The Epic Story of the Chinese Who Built the Transcontinental Railroad"

"Were the railroad barons of the nineteenth century great entrepreneurs in the American spirit who built a remarkable network of railroads? Or were they robbers who fleeced local people and passengers alike? In this superb and comprehensive book, Hiltzik lets you decide, with the help of a few hints."

-- "Christian Wolmar, author of the The Great Railroad Revolution: The History of Trains in America " --This text refers to the audioCD edition.

Michael Hiltzik is a Pulitzer Prize-winning journalist and author who has covered business, technology, and public policy for the Los Angeles Times for twenty years. In that time he has served as a financial and political writer, an investigative reporter, and a foreign correspondent in Africa and Russia. He currently serves as the Times’ business columnist. His other books include Colossus, The Plot Against Social Security, Dealers of Lightning, and A Death in Kenya. He received the 1999 Pulitzer Prize for articles exposing corruption in the entertainment industry. Among his other awards for excellence in reporting are the 2004 Gerald Loeb Award for outstanding business commentary and the Silver Gavel from the American Bar Association for outstanding legal reporting. A graduate of Colgate University, he received a master of science degree in journalism from the Graduate School of Journalism at Columbia University in 1974. He lives in Southern California with his wife and two children.