You've subscribed to Matt Pontowski! We will preorder your items within 24 hours of when they become available. When new books are released, we'll charge your default payment method for the lowest price available during the pre-order period.
Update your device or payment method, cancel individual pre-orders or your subscription at
Your Memberships & Subscriptions
There was an error. We were unable to process your subscription due to an error. Please refresh and try again. 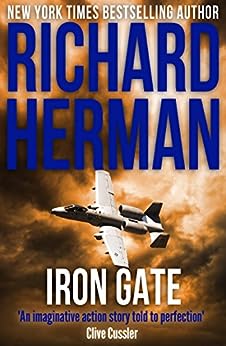 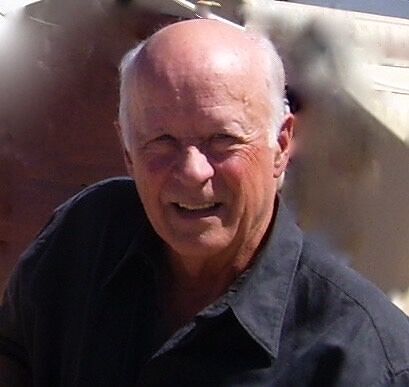 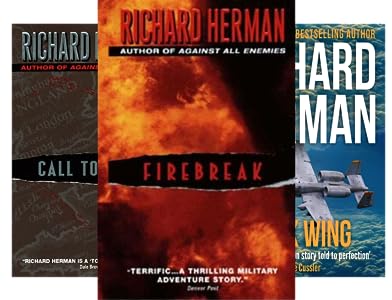 The topical perils of a U.N. peacekeeping mission are plunked down in the middle of South Africa as USAF Col. Mat Pontowski, the dashing hero of Herman's previous books (Dark Wing, etc.), is once again pressed into his government's service. Helped by an Israeli scientist, a bunch of revanchist Afrikaners who pine for the salad days of apartheid are in possession of the secret of cold fusion, which means they're in possession of nukes. Civil War threatens South Africa, the U.N. sends in the blue helmets and the U.S. sends Matt and his Warthogs (A-10 aircraft). Matt, a man of action, has to get things done despite diplomatic dithering, UN impotence and all those damn bureaucrats and pesky journalists who get in his way. Herman helpfully reminds us of past events (the death of Matt's Israeli wife and the need to be an attentive father to his young son), and he plants the seeds for a new love (Sam the camera woman) and the sad demise of an old friend. The air combat scenes are exciting and vivid, but the story itself is predictable and the characters stock. The book succeeds on its own terms, however, as Herman wraps two eternal battles?good guys against bad guys, heroes against bumbling suits and brass?into a rousing, serial-style adventure.
Copyright 1995 Reed Business Information, Inc. --This text refers to an out of print or unavailable edition of this title.

RICHARD HERMAN, Jr., is a retired Air Force officer and also served as an assistant professor at the United States Air Force Academy. --This text refers to an out of print or unavailable edition of this title.

4.5 out of 5 stars
4.5 out of 5
261 global ratings
How are ratings calculated?
To calculate the overall star rating and percentage breakdown by star, we don’t use a simple average. Instead, our system considers things like how recent a review is and if the reviewer bought the item on Amazon. It also analyzes reviews to verify trustworthiness.
Top reviews

foxtrotoscar
2.0 out of 5 stars A Confusing Plot!
Reviewed in the United States on July 27, 2017
Verified Purchase
This book is loaded with action scenes, but the story jumps around so much that the reader's interest is severely strained to keep up with it. The air combat scenes are fairly well done, but the action always seems to break in favor of the good guys. As it is, the ground action predominates, and I believe that tipping the balance toward more air action would improve the readability of the story. Another major flaw was the lack of maps or diagrams of the battle areas.
Read more
Helpful
Report abuse

JW in Western Oregon
4.0 out of 5 stars I enjoy his books
Reviewed in the United States on September 18, 2017
Verified Purchase
I enjoy his books. However, they are getting "formulamatic" US Military 'good' but needs luck to win any battle. Congress 'bad' and almost the antagonist of the series. Bad guys are extremely over the top bad. But are really good at almost winning.

I realize the US isn't the end all, be all. However, they are not likely to go into everything with such a minimal force package that Third World Air Forces have little trouble equaling them at every turn.

Gene B.
4.0 out of 5 stars A Quiet Beginning . . . But an Explosive Coclusion
Reviewed in the United States on January 18, 2016
Verified Purchase
I've read several of Herman's books and this is among his best. The plot is good, set in South Africa not long after the abolishment of apartheid. The lead character is once again
Colonel Matt Pontowski who is himself transitioning from an F-10 fighter jock to a squadron commander working on a UN peacekeeping mission. The mission escalates to involvement in civil war with numerous factions seeking control over the nation. Along the way Pontowski also experiences some romantic relationships and the loss of several members of his command.

The book revives several of the supporting characters while introducing a number of new ones. Some of the sentence structure is a bit clumsy and can make it necessary to re-read a paragraph here and there, but overall it doesn't detract from what is a very good story.
Read more
Helpful
Report abuse

KPB
5.0 out of 5 stars An Education
Reviewed in the United States on July 15, 2021
Verified Purchase
The author does masterful job of describing the growth of a young commander as he engages a new challenge in a new part of the world. Unbelievably exciting and captivating on so many levels. Just when you think R.H. could not possibly produce another blockbuster! Thank you Richard.
Read more
Helpful
Report abuse

Jarhead
4.0 out of 5 stars Very good plot and well developed
Reviewed in the United States on January 20, 2016
Verified Purchase
I really enjoyed this book. While the setting was different as were the names of the characters, they did seem real to me with the same feeling of patriotism as some of the authors previous books. I found it difficult to close my reading in the evening. There always seemed to be something coming up, plotwise, that I did not want to wait to see what it was--Hence little sleep while I was reading. I found this book well worthy of my read time. I enjoy the authors writing. Let's have some more.
Read more
Helpful
Report abuse

TREA
5.0 out of 5 stars Faster than............
Reviewed in the United States on August 14, 2018
Verified Purchase
Love his books. Almost feel you in the pilots or co pilot seat and feel the turn and dives(thankfully not). Fast action. Clear detail which also helps understand the command side as welas the fighter side. May seem slow but is also the the real feeling of waiting and preparing.
Read more
Helpful
Report abuse

Ken Chalk
5.0 out of 5 stars Hell of a read
Reviewed in the United States on September 4, 2019
Verified Purchase
The book kept me enthralled. The author writes with authority and knowledge of military and geopolitical situations, very difficult to await the ext adventure.
Read more
Helpful
Report abuse
See all reviews

Kindle Customer
5.0 out of 5 stars Not a bad read.
Reviewed in the United Kingdom on January 4, 2016
Verified Purchase
To some extent, this was a little predictable. Nevertheless, there were a few surprises, and I enjoyed reading the book. Richard Herman is an Author I follow whenever possible, along with the likes of Tom Clancy, Clive Cussler, Larry Bond and Any McDermot, to name a few. Take it as the adventure story it's meant to be, and you'll probably enjoy it. My only complaint is that it was my understanding that A10s were ground attack aircraft, Tank Busters, specifically, and not Fighter Aircraft.
Read more
One person found this helpful
Report abuse

paje
5.0 out of 5 stars A REALLY GOOD READ
Reviewed in the United Kingdom on January 29, 2021
Verified Purchase
ONCE YOU START READING ITS HARD TO STOP
Read more
Report abuse

andrew Graham
5.0 out of 5 stars Another winner from a great storyteller.
Reviewed in the United Kingdom on December 19, 2015
Verified Purchase
Another tremendous read,I found it hard to put down and had to force myself to have a rest,the action was non stop,and I felt as though I was reading a book of fact rather than fiction,another winner from a fantastic author.
Read more
One person found this helpful
Report abuse

hamguy
5.0 out of 5 stars Takes you in to the world of leadership courage determination
Reviewed in the United Kingdom on January 13, 2018
Verified Purchase
Fantastic book action suspense humanity and heartache brilliantly told via the book superb read guaranteed takes you right there and then some
Read more
Report abuse

K. Weston
3.0 out of 5 stars Good geography lesson for S.A.
Reviewed in the United Kingdom on August 1, 2017
Verified Purchase
Not very credible story and the French General? shouldn't have bothered. Some hefty editing might have got this tale to work.
Read more
Report abuse
See all reviews