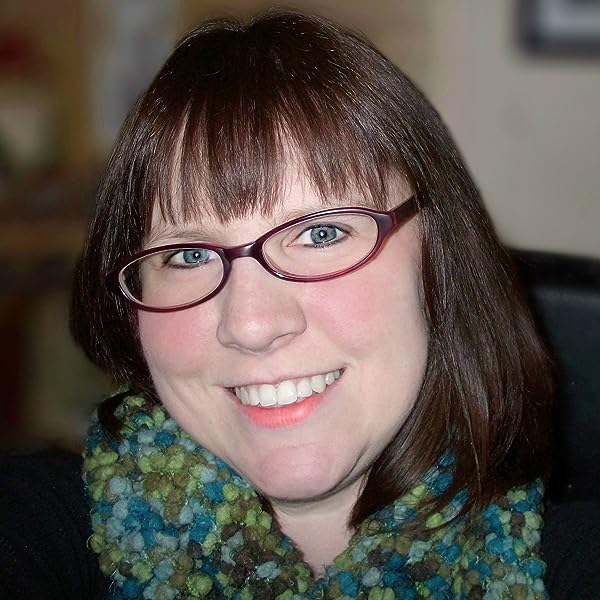 "The Iron Locket is a wonderful mix between the legend of King Arthur and the fantasy of the land of faeries. The author does a nice job of combining the two into a seamless story of adventure and romance. I can't wait to red the next installment and see what happens between Arthur and Aiofe." - Marjorie, The Cheap Ebook

This is my first read from Warren, but it definitely won't be my last. This book was epic and full of amazing action scenes. -Diana, Offbeat Vagabond

"The reader is drawn in immediately and will be screaming in frustration when they reach the final pages and realize it ends in a cliff hanger!  The Iron Locket is worth the quick read and should top any to-read stack that involves Arthur." - InD'tale Magazine

3.6 out of 5 stars
3.6 out of 5
33 customer ratings
How does Amazon calculate star ratings?
Amazon calculates a product’s star ratings based on a machine learned model instead of a raw data average. The model takes into account factors including the age of a rating, whether the ratings are from verified purchasers, and factors that establish reviewer trustworthiness.
Top Reviews

Jules
2.0 out of 5 stars Book was ok but their are some definite issues!
Reviewed in the United States on December 6, 2014
Verified Purchase
Book 1 in the risen king series. The book was ok, but there are some definite issues! It starts out well with a fairy world along side the human world. In the fairy world there's a war happening over leadership. The four queens bring the knights of the round table back to life to help them win the war. They have been betrayed by one of the queens sons and another very bad and sadistic fairy.
Meanwhile in the human world we meet a young girl who is being trained as a hunter by her grandfather. Her mother was killed by a fairy. The mother was also a hunter, as well as her grandmother. It's a generational trait that was started by one of the fairy queens in order for the hunters to hunt any rogue fairies that crossed into the human world; fairies are not suppose to leave fairy and humans are not to cross over into fairy land.
The story goes pretty well until the girl stumbles into the fairy world when on a hunt. She and Arthur, as in king Arthur, have one of those "love at first sight" things. Only problem is that it's not believable. There isn't any kind of emotion, guessing, wonder, fear, or elation,; there's none of that. They basically see each other, then they're in each others arms saying " I love you". Really????? Then there's this point in the story where the knight group splits up, one going to the human world, the other to the evil fairy's castle to destroy it and her. We get one part: the human world drama, but the other, the castle scene, is completely missing! No battle. Not one word from any of the parties about what occurred,or if anything happened at all. the evil fairy woman even returns to that same castle with a wound, and nothing is mentioned about any army attacking. What the heck happened? I feel completely let down and perturbed! Perhaps if the writer would have continued, then she could have finished the story. I mean... the book is only ~ 190 pages, so it's a really a very short story. She needs to try again in my opinion. I know there's another book in the series; that book is only ~ 160 pages, its even less pages than the first! Come on! I'M guessing here, but i believe with only ~160pages that this book is merely the rest of the story that should have been in the first book! Combining the two books would give the reader a complete story in ~350 pages. Great! Unfortunately, that's not the case. I do not appreciate writers who write in this style: chopping the books up, minimal pages and unfinished stories within a series. She wants ~$3.00 for those ~160 pages but she will not be getting from me. It makes me sad and mad ,all in one because I'd like to know what happens to the characters but the writing, size of book and the potential for another incomplete story prohibits buying the next book. Sorry. Ms Warren has potential; she just really needs a great editor or perhaps, partner with another author until she can build her creative writing skills.
Read more
3 people found this helpful
Helpful
Comment Report abuse

Rylee3
1.0 out of 5 stars insta-love, snowstorm and too many loose ends
Reviewed in the United States on July 31, 2015
Verified Purchase
I wanted to like this one, because of the King Arthur plus fairies things....it sounded intriguing! However, the reality was that the first HALF of the book was extremely slow (where nothing of import happened). Also, Arthur and Aiofe (what kind of name is that anyway!) Fall desperately in love in less than 24 hours and there wasn't even a love story to go with it...... they literally gaze into each other's eyes once and are making out (really!).

Even though that was free on Amazon, I'm ticked off that I spent the time reading (or in this case, skimming) it at all! Don't waste your time! 😢😬😤
Read more
4 people found this helpful
Helpful
Comment Report abuse

Kindle Customer
5.0 out of 5 stars Twist of King Arthur and his knights
Reviewed in the United States on August 23, 2015
Verified Purchase
A wonderful twist of King Arthur, loved it with the plot, evil witch, four fairy Queens. Can't wait to get the next book. Samantha Warren has taken a wonderful different direction with what we know about King Arthur and that he would have a better ending with his true love and still have his knights
Read more
Helpful
Comment Report abuse

Pamela Beckford
5.0 out of 5 stars King Arthur and so much more
Reviewed in the United States on May 14, 2013
Verified Purchase
I am not a fantasy genre reader. But I read this book and absolutely loved it. It melted the read/human world with the fairae world. I cannot wait for the second installment in this series. The book grabbed me from the very beginning and I was driven to read and read to finish - but then I was disappointed that it was over. I highly recommend this book
Read more
2 people found this helpful
Helpful
Comment Report abuse

Kindle Customer
3.0 out of 5 stars More like 3. 5 if it were possible
Reviewed in the United States on December 6, 2014
Verified Purchase
More like 3.5 if it were possible, enjoyed it very much but there were quite a few distracting errors that editing should have caught. Would have also liked to have seen more characterization of the knights, altho that may come in later books; the human characters, and most of the main faery, were pretty well done.
Read more
Helpful
Comment Report abuse

Amazon Customer
3.0 out of 5 stars Faeries, queens, want-a-be queens, King Authurs Court and a modern day Faery hunter
Reviewed in the United States on July 13, 2014
Verified Purchase
I feel that the author was hurried to get this finished. It is an outline of an incredible story. It has action, a possible love connection or two. Well worth the read but I am hoping she fleshes out the rest of the story. Subject and content great for 12 and up. Good for girls and guys.
Read more
Helpful
Comment Report abuse

Kindle Customer
5.0 out of 5 stars Loved it
Reviewed in the United States on January 3, 2015
Verified Purchase
What!!! Loved this story. Arthur and his boys comes back to wreck havoc and no betraying ass woman. LOL. Great start to a new adventure and new beginning where Arthur finds love again while fighting a faery war, lets hope she leaves Lancelot alone. LOL.
Read more
Helpful
Comment Report abuse

Tammy L. Harris
5.0 out of 5 stars Amazing
Reviewed in the United States on November 10, 2016
Verified Purchase
Amazing I couldn't put it down and I can't wait to read what happens next in this series with the characters
Read more
Helpful
Comment Report abuse
See all reviews from the United States