You've subscribed to The Tunnel Trilogy! We will preorder your items within 24 hours of when they become available. When new books are released, we'll charge your default payment method for the lowest price available during the pre-order period.
Update your device or payment method, cancel individual pre-orders or your subscription at
Your Memberships & Subscriptions
There was an error. We were unable to process your subscription due to an error. Please refresh and try again. 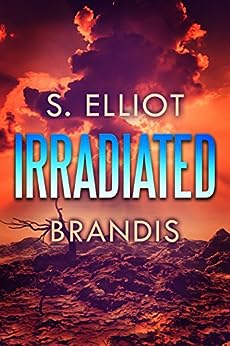 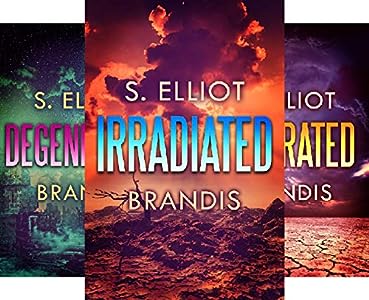 "S. Elliot Brandis has a ridiculously strong command of prose and is utterly methodical in his deliberate word choice, using every word and turn of phrase for maximum impact." - Michael Patrick Hicks, author of Convergence.
"S. Elliot Brandis isn't afraid to kill off characters and to put his protagonists in complex and difficult situations." - Will Swardstrom, author of Dead Sleep.
"Irradiated is a novel about how far love and the need to survive will push people. " - Kenneth Mugi, author of  He was a Hero, He Should Have Died.
"Not your typical dystopian story"; - Des Putaski, Amazon Reader.
"Unique and original" - Marx, Amazon Reader.

3.9 out of 5 stars
3.9 out of 5
83 global ratings
How are ratings calculated?
To calculate the overall star rating and percentage breakdown by star, we don’t use a simple average. Instead, our system considers things like how recent a review is and if the reviewer bought the item on Amazon. It also analyzes reviews to verify trustworthiness.
Top reviews

abshepherd
4.0 out of 5 stars How far would you go to survive?
Reviewed in the United States on January 1, 2015
Verified Purchase
Irradiated is the first of a trilogy. Book two, Degenerated, is also available now, but book three is yet to come.

In the world of Irradiated, something horrible has happened. We are never told what, but most would assume a nuclear blast or some sort of nuclear fall-out because the world above ground is no longer safe for human habitation due to radiation.

Most people live underground, in tunnels. When those who are desperate enough venture forth and are exposed to radiation, the radiation causes
mutations of genes and their future offspring become "Irradiated" = mutated in some ways. The tunnel dwellers fear this irradiation and kill those who are irradiated. In this particular story the mutations are quite varied.

Jade, our heroine was born before her father ventured forth, but her baby sister Pearl is irradiated. Jade's sole purpous in life is to protect her sister from those left in the tunnels who would kill her for being irradiated, and from the ruthless land dwellers who would kill them both to steal anything they could use to survive.

It's a story about the love between sisters, and how far you might have to go to survive.

This is a book that is very well written. The author has an almost poetic gift for his (often grisly) descriptions of this horribly bleak world. The story is strong and the plot well thought out. I can find no fault with this book at all. The only thing that kept me from giving it a perfect score is because it IS so bleak. While this book is everything I asked for in a dystopian novel, it was a bit dark even for me. If dark is your thing, you will love this book. Even if that isn't your thing, you might enjoy it.

J. Stefan
4.0 out of 5 stars Post Apocalyptic World...with an edge
Reviewed in the United States on January 27, 2015
Verified Purchase
I liked the story. It held a believable concept and although not a new thought process it was still a well thought out scenario of a world after the ozone is mostly gone. The tunnels put fear into those who live in the light,just by their existence and the shadows that come from them to hunt. Jade must again travel them to save her sister and they become more nightmare than reality. I found a bit too much description in several passages...but I understand the authors reasoning as the world being built was unlike the world we live in today and did not much resemble its beauty. I still think some of it a bit much and extraneous to the point. Pain, fear, and suffering grow people of great depth capable of self sacrifice and deep love regardless of their beauty. Spoiler...The Queen was enough to give me nightmares.

This author understands how to end one part of the story while at the same time make you want to continue to be enriched by the world and the characters and to continue the journey. Many self published authors could learn a thing or two from this self published author! A good Sy-Fi experience! I liked it and will look at the rest of the trilogy.
Read more
2 people found this helpful
Helpful
Report abuse

Barbara McKinley
3.0 out of 5 stars INTERESTING FIRST BOOK IN THIS TRILOGY.
Reviewed in the United States on December 23, 2015
Verified Purchase
Why a 3 rating you may ask....I am still not sure if this is earth after some cataclysmic event or a different world all together. I would have liked more background information. I feel as if I started in the middle and missed the 1st book.

That aside...I enjoyed the book. It is an interesting take on radiation. I think that the characters are interesting; however, suffer from a lack of development. I was starting to get into what was happening and BOOM end of book. I am left wondering what just happened?

This story is interesting enough that I am going to read the 2nd book in this trilogy. This world sounds like an awful place to live while at the same time, seems plausible in our world today. I am hoping that book 2 will fill in blanks for me.

I recommend this book to any dystopian fan. Let's see where it goes.
Read more
3 people found this helpful
Helpful
Report abuse

Alan Black
4.0 out of 5 stars A dark, dreary, dangerous and deadly landscape.
Reviewed in the United States on March 2, 2015
Verified Purchase
Irradiated (The Tunnel Trilogy Book 1) gives new meaning to dystopian apocalypse. This world is horrible, if only barely survivable. It is bleak, dangerous and deadly, both for humans and for the irradiated ones.

This is not your typical human vs mutant drivel. Brandis gives up a unique perspective in such a world. We view this vile landscape from the perspective of the irradiated, the outcasts, the mutants, and the hunted. We learn how they live, how they love and how they barely survive.

This story was well written with clear action sequences by a successful storyteller. My only drawback is that I wanted to see deeper into the remarkable characters the author imagined for us.
Read more
One person found this helpful
Helpful
Report abuse

W. Swardstrom
4.0 out of 5 stars Dark Dystopia
Reviewed in the United States on August 12, 2014
Verified Purchase
With Irradiated, readers get a new dystopian fiction with a lot to take in. S. Elliot Brandis isn't afraid to kill off characters and to put his protagonists in complex and difficult situations.
Jade is the older sister in charge of making sure Pearl is guided through life. Pearl is what is called "Irradiated" and suffers from/is blessed with mutations as a result. There are others who are irradiated and somehow they are drawn to Pearl and her abilities, but there are those who wish to see the Irradiated wiped out for good, ensuring a struggle between the fascist and fanatical forces under the earth and the liberal and free people who live on the planet's surface.
I enjoyed the story and really looked forward to reading the second book.
Read more
3 people found this helpful
Helpful
Report abuse

bluemoon1972
4.0 out of 5 stars Beautifully written, interesting characters
Reviewed in the United States on April 23, 2015
Verified Purchase
Beautifully written dystopian story. Brandis' skill with language is remarkable. As others mentioned, there are a few spots in the book where it's just a little hard to understand what's happening--the language is pared down to almost the bare minimum needed to describe the bleak desperation of the characters, leaving little for description of the action. But the way the story unfolds is perfect. It's like a slow-blooming flower, not rushed, just developing in its own time.

The characters are very real, even the ones that don't get much time on the page. Jade particularly is a fully-fleshed out sketch, the spare language giving us enough detail to see and know her without resorting to trite or cliched expository descriptions.

I enjoyed this thoroughly and would give it a 4.5 if I could.
Read more
One person found this helpful
Helpful
Report abuse
See all reviews

AlwaysReading
5.0 out of 5 stars Well done
Reviewed in the United Kingdom on June 25, 2020
Verified Purchase
I enjoyed this well-written dystopian /post-apocalyptic story about a destroyed world of irradiated and Shadows.

Though Jade isn't irradiated, her sister, Pearl is. They escaped the tunnels but life is extremely difficult, picking through the ruins for survival.

This tale is not original in its idea but the characters are fascinating and the divisions make for a good plot. It is disturbing in many ways, however, there was still room for love, loyalty and kindness.

I would read the next books but funds are low at the moment, though I will recommend the story to those who enjoy this genre.
Read more
Report abuse

Mrs S.
5.0 out of 5 stars Great book
Reviewed in the United Kingdom on May 17, 2019
Verified Purchase
I did enjoy reading this book. I was a little disappointed with the ending, but I guess it was the right decision of the author in the end. I just hope that our children's future isn't destined for the same outcome. Definitely recommend!
Read more
Report abuse

Alan Gamble
5.0 out of 5 stars Irradiated
Reviewed in the United Kingdom on July 24, 2016
Verified Purchase
This was a really nicely written short with extremely relatable endearing characters and a charm all its own. Cannot believe it was a free kindle book.
Read more
Report abuse

Kevin Childs
3.0 out of 5 stars Brandis does Brisbane
Reviewed in Australia on June 18, 2014
Verified Purchase
Being a resident of Bris-Vegas I found the story setting impossible to resist, so I got the book. To my pleasant surprise it was a good yarn also. Being an avid reader I found the story had enough surprises and questions to keep me interested and the main characters had body and content. The style of writing was easy and the flow of story line was plausible. My son read it also and is waiting avidly for the next book. The ending has been discussed extensively in this household and we are waiting to see who is closer to the authors story line, as I am sure our ideas will not be what Mr Brandis writes.
Read more
Report abuse