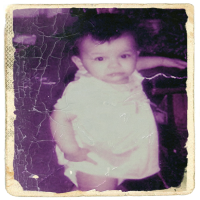 Isabelle Arocho has been self-publishing novels in E-book format since Aug 2012. 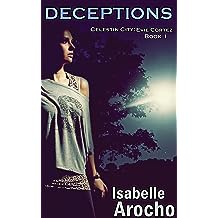 Deceptions: Evie Cortez Book 1 (Celestin City: Evie Cortez) May 31, 2016
by Isabelle Arocho
( 1 )
$0.99
Set in Celestin City. Labeled as an incomplete vampire, Evie is doing what she can to stay under the radar and avoid trouble but when the local alpha and his daughter are attacked she’s pushed into the lime light and forced to face all her secrets.

At the age of fifteen Evangeline Cortez ran from the only life she had ever known in search for something normal, and she found it in the arms of a vampire, at least for a little while. After pushing his hand too far he attempts to turn her only to find the vampire virus doesn’t full take. What exactly is Evie? The alpha werewolf is suspicious and when she saves his life many more questions are asked. This woman, not quite a vampire but never actually human, wields powerful magic and that’s just the tip of the iceberg.
Read more 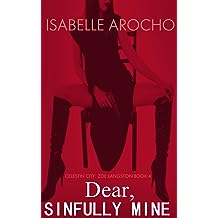 Dear, Sinfully Mine (Celestin City: Zoe Langston Book 4) Mar 27, 2014
by Isabelle Arocho
$2.99
Zoe aches to forget the new scar in her heart caused by Gavin. She left Celestin for that very reason but little did she know such aches would always follow her. Every time she falls into the pit of darkness, Lucas is there to pick her up. Their relationship is changing and she doesn’t know how to fight it anymore, or if she even wants to. The vampire makes her forget the reality waiting for her back home.

The meeting in Paris was supposed to be easy but there’s a mad man running free targeting the supernatural creatures. Zoe knows she has to do something before Lucas is killed. Throw in eccentric vampires, bigot werewolves, tipsy witches, a seraph who doesn’t know how to take no for an answer, and you have yourself a week in Zoe Langston’s life. 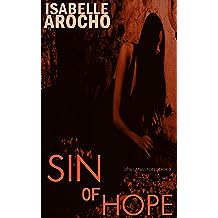 A dangerous demon is on the loose and it’s up to Zoe and Matthew to take him out before it takes them out. Gavin’s been missing for months and they fear this demon did something to him and they may be too late. As more clues take shape Zoe’s forced into a world she wants to stay out of; demon and angels.

Her bond with Lucas has found a peaceful coexistence but that doesn’t mean the immortal tempts her any less, it’s actually the opposite. Zoe’s finding it harder and harder to deny the vampire’s charm and he knows it. He wants her by his side for a week long trip to Paris and he isn’t above using any means to get her there, including information she seeks the most about Gavin.

Join Zoe down the long path she must travel; memories of her past, insecurities of her present, and what lays ahead for her future.
Read more 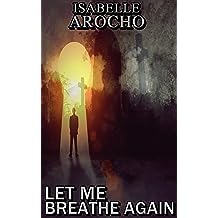 Let Me Breathe Again Jun 21, 2013
by Isabelle Arocho
$2.99
Ethan, a dark angel of the Underworld living on earth, is searching day and night for the demon that killed his wife. The same demon that robbed his daughter of a loving mother. Ethan finds himself making deals all over the city, with vampires, the seraphim, and a succubus who likes the thrill of trying to land him in her bed. Bess Jane, the boss of the Supernatural Crime Force, also lends a helping hand.

The more he searches; it’s revealed there’s a much bigger picture than vengeance at hand. The demons are planning something big, something that could destroy them all if they don’t work together to put an end to it.

Set in the mythical city of Celestin.
Read more 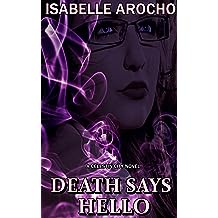 Death Says Hello Feb 26, 2013
by Isabelle Arocho
$2.99
Holly was born and raised in Celestin City but that doesn’t mean she knows about the supernatural or likes to face danger head on like some of the other city heroines. She’s a shy girl terrified of even her own shadow that spends her days in a lab processing crime scenes and her nights hidden at home…until someone tries to kill her. This begins her spiral into the unknown world of death, vampires, angels, demons, and the complicated question of where exactly she fits in.

Thrown off a roof wasn’t the way Holly thought she was going to die, and if it hadn’t been for the beautiful man named Michael she’d be spatter on the street. Michael (first seen in Sin of Hope) introduces her to the world of angles and demons, good and evil. He explains she’s not as ordinary like she hoped, she’s actually has a direct connection to Death himself.

Adding to the mix of new found drama is Officer Hunter Shay, he dies on duty in Holly’s hands and now he’s a ghost who never leaves her side, even during the most embarrassing moments of her life.

This self described lab geek has no idea what’s she’s in for.
Read more 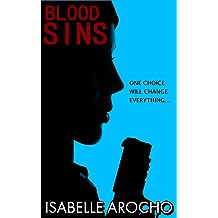 Blood Sins (Celestin City: Zoe Langston Book 2) Nov 27, 2012
by Isabelle Arocho
$2.99
With vampires exposed the threats in the city reach a new high. There are secrets lurking around each corner Zoe turns to, Bess and Lucas hiding some of the biggest ones. In this book Zoe will learn why she has always felt so different and what Lucas has always wanted from her.

The hunt for Lance Myles heats up and takes the SCF into a dark work of abuse where they find an all too familiar face. Everything Zoe once believed is tested and changed as she realizes when someone you love is affected there is no right and wrong.
Read more 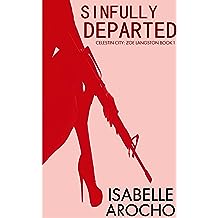 Zoe’s a tough as nails cop by day and vampire hunter by night. Lucas is the master vampire who always gets what he wants. It goes against everything she believes in but with no choice she’s forced to work with this sinister member of the undead to protect her loved ones.

Vampires are being targeted by a fanatic wanting to expose the undead race to the public and this crazed person might just get what they want. Lucas returns home to Celestin to help and enlists detective Zoe Langston to aid him, whether she likes it or not.

Take a trip with Zoe as she's forced to figure out what exactly is happening in her city and what's going on in her heart when her childhood nemesis returns as a sexy werewolf. There’s nonstop danger and drama happening in town and as luck would have it this heroine is caught right in the middle.
Read more 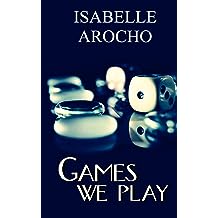 The hunt is on to track down this vicious numeric killer. He kills seven people every three years and this might be the last chance the FBI has to nab him as he enters his seventh and possible last murderous cycle.

CAN LOVE BLOOM IN DANGER...?

Agents Sasha Madden and Nicholas McBain are sent undercover to pose as a married couple to tempt their unsub. The problem with this idea is the fact Sasha and Nicholas never see eye to eye for long. The good news is they bicker just like a married couple but the danger level is high and the prospect of bait might just be too tempting for this killer to turn down.
Read more