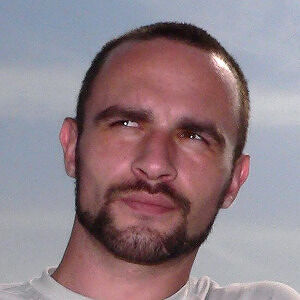 Ishmael O. Ross is an author, technical writer and software architect. His short stories appeared in The Scarlet Leaf Review and The Opiate magazines, and his books "Dire Redemption" and "Ledalina" have been published by The Unseeing Eye. Call him Ishmael. 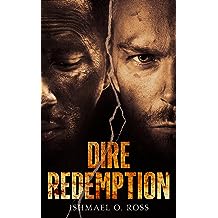 Alex Lewis is on a humanitarian mission. He is looking for the hunted, for whom the right to exist has been denied. He is trying to save them, to deliver them to safety, to give them a chance of life.

The year is 2058. The world’s powers have stabilised, the citizens of the newly formed super-states are living in peace and prosperity. But when humanity is a privilege of the fortunate, liberty becomes a radical idea. For those born on the wrong side of the wall surrounding the Federated States of Europe, the price of survival is unimaginably high.

When fate brings the two men together, they struggle against time, hostile forces and their own prejudices, towards a conclusion neither of them would have thought possible.

Based on recent events

Dire Redemption is a protest against the rise of racism and xenophobia, the political and economical exploitation of ignorance fuelled by fear, and the glorification of war through misguided patriotism—wrapped into an action-packed, constantly accelerating chase.

From the rise of extreme right-wing populism, through the ineptitude of an often only nominal opposition that is not willing to take action or even responsibility, to the oft-unspoken racism found in all aspects of everyday life, the story’s world and characters represent the emergent issues of our present time and reality. 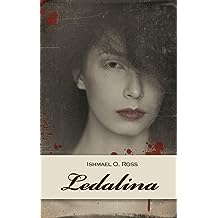 Ledalina is the reconstructed text of a late nineteenth-century journal, written by an unnamed Dutch scholar, telling of dark and mysterious events that allegedly occurred in Durban just before the turn of the century, parts of which are as upsetting as they seem unusual for the period.

While the inquiry into a disconcerting incident turns into a multiple murder investigation, we gain a chilling glimpse into the darkest depths of human nature, as the unnamed author discovers traditional witchcraft and sinister voodoo rituals twisted into a darkly tragic story of love and sanity lost.

This fascinating journal has been translated to English and made available to the public for the first time since its discovery. Although it is quite short, Ledalina does not offer light or easy reading. The story is as frightening as it is fascinating; while the archaic, often confoundingly long sentences (a common characteristic of 19th-century writing) have been faithfully preserved by the translator and the editors.

“But what is even more consuming than my fear, is my curiosity. I am still in the possession of Ms Ledalina’s letter, and the only way forward and the only way to ease my mind is to at least solve as much of this mystery as I can from my present position.”