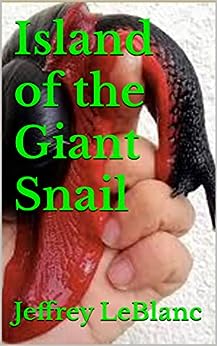 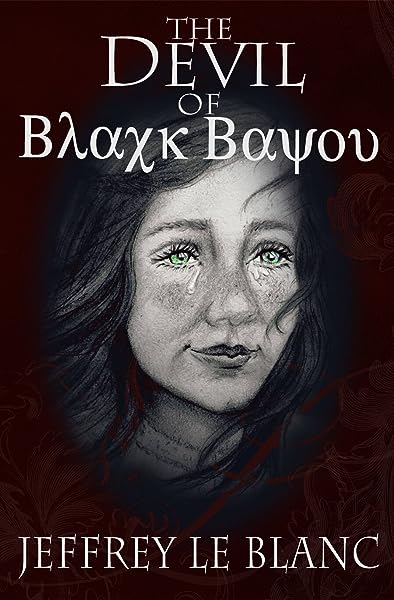 by Jeffrey LeBlanc (Author) Format: Kindle Edition
See all formats and editions
Sorry, there was a problem loading this page. Try again.
Children of Horror,

Oozing, creeping things slither about in this conjured world of darkness. Hellish, alien-looking creatures, best left to scurry and feed alone in mysterious, deadly landscapes. I sit, marveled and listen to these creatures. How can you not imagine grotesque, gigantic slimy things lurking and waiting to eat you?

Onward darkly dreaming, enshrouded in mist, I hear their slurping, their gnawing through wilderness canopy. Oh! The terrors are palpable watching a lumbering lurker in the shadows of a quiet mountain range!
Secretive, sluggish, and nightmarish—snails, bring back that nostalgic, icy chill up my spine. I peer out from a winding creek and behold the expanse of darkness. I look with a sense of awe and wonder, as a child left alone in their large room, hoping nothing is slimily slithering under the bed. Or reaching down through the towering pines to attack. Alas, one can always hope…there is a ‘Dweller of the Dark’ waiting.

Our story has tapped into a deep fear I have of things that slither, creep…and squirm. Yes, this tale definitely made me shudder and squirm. Maybe, it’s the feel of warm, gelatinous sheets slimily dripping on my skin. Maybe it’s the caterpillar sting to the back of the neck. Or more unnerving, the crawl of something that leaves a gritty feel akin to sandpaper across the face. It’s certainly a tale that kept me awake for a few nights. We hope it crawls into your skull as well and horrifies you the same sense of unease. Again, no worn to Death jump scares or horror cliché. We wanted something that leaves the dread, unnerves…and different. Maybe we got it right this time. Or maybe it leaves a little something to grow on your mind down the road. As a nest of hungry spiders…or slugs, writhing and eating in your brain. We wish you many sleepless nights.

This story has more teeth than the original short story that inspired it "At a Snail’s Pace". That one is part of a collection “These Hallowed Horrors”. After checking with horror fans, everyone seemed to want more slime and bone-breaking action in their snail…trails. We truly hope you enjoy! --JL

Jeffrey LeBlanc was born under a leprous, blood moon as the only child of Richard Matheson, Edgar Allan Poe, Shirley Jackson, Anne Rice, H.P. Lovecraft, Robert Bloch, and many more horror sorcerers. He began writing seriously after living and travelling abroad from Western Africa to the Middle East and the furthest reaches of Asia.

In 2010, Jeff had a rocking good time with one of his horror mentors, Stephen King, at The Academy of the Sacred Heart in New Orleans. Stephen King greatly encouraged Jeff to become a horror writer. As has James Lee Burke (Faulkner House 2003) and Anne Rice (Vampire's Ball 2000).

In 2010 he crossed the North Sea, the Atlantic from Aberdeen, Scotland to Texas. On the journey Jeff and his crew sailed across Titanic's final resting place. By the time he landed back stateside, "The Devil of Black Bayou" was born out of blood, flame, and tears. The book has a cult following and was well received by many. "The Devil of Black Bayou" made it number 11 on the horror list of Authonomy's (Harper Collins) and 15 out of overall writers on the website. The book was ranked out of 10,000 writers. Naturally, the writing fire ignited in Jeff to create more.

Born and raised in Louisiana's Atchafalaya Backwater Basin, Jeffrey LeBlanc has written eight novels and two collections. Most recall many memories from childhood. Many more draw from that dark cosmic well of his imagination. His mind is a labyrinth of cyclopean stairways, decrepit crypts, and haunted plantations explored in darkness without torch, or match to light your way. They are for-foetid swamps, marshes, and waterways of Louisiana from childhood and beyond. It was this imagination that brought Jeffrey's first fans--his nine younger siblings, cousins, and friends by ghostly bonfires on the bayou.

The current novels published in Kindle and Amazon are "Shadow Ghosts of the Moonlight", "Of Wolf &amp; Man" "Wolves, Wings, &amp; Other Things", "Wings of the Seraph" and "Masque of Death".

In final drafts, the greatly anticipated "The Owl &amp; Other Tales of Supernatural Terror", "The Gorgon", "Fisherman from Caminada Pass", "Lightning Bug", and "Mary Wept".

Success has been growing. Jeff currently has gone to develop 8 more novels since this writing, in the horror, science fiction and fantasy genre's. Audible narrations of his work and many forgotten authors (Dweller of the Dark), and is writing his first graphic novel.

One of his collections, "Wolves, Wings, &amp; Other Things" most notably was recently verified in 2019 for The Bram Stoker Competition by The Horror Writer's Association. The news was greatly received in his tomb. He's crossing his claws and breaking a few wishbones for luck in the chance for a Stoker!

He has been an honored guest blogger in 2018 for The Horror Writer's Association. During HWA's Halloween Haunts his "Wings of the Seraph" was showcased and received praise from many including Peter Adam Salomon (BBC-4, etc) and the creator of The National Horror Poetry Day. Befitting enough the day is on Edgar Allan Poe's birthday. He also won the HWA's blog contest in 2018.

In 2007 he helped write a publication Search and Rescue Plan for Nigeria: An Organizational and Structural Blueprint for Nigeria and several instructional courses in health, safety, and medical services to aid the governments of Nigeria. He also was a director of a highly successful welding and construction program with over 1500 candidates trained.

A book in 2016 was a labor of love with his wife. Called "Cajun Kombucha" Jeffrey co-authored the book with wife Katina. They share a passion for ancient tea fermentation. This book has been a surprise success as well with sales in Japan. It has sparked the writing of two more books to address other probiotic methods.

Currently Jeffrey LeBlanc is married to the talented artist Katina LeBlanc. The two share a large haunted home and studio located on a beautiful bayou with a were-cat (Poofy), a collection of bearded dragons—Rhaegar, Drogon, Cleopatra, Daisy, etc. Plus a collection of turtles with rock star names.

For further novels and information feel free to contact him.