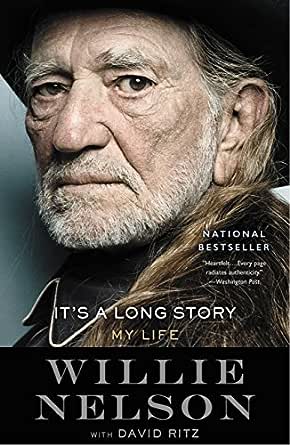 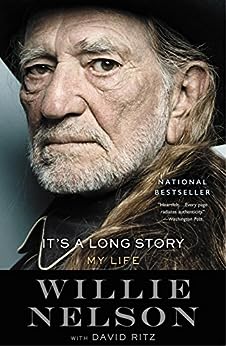 It's a Long Story: My Life Kindle Edition

"A smooth-spoken recollection of the country legend's childhood and his eight-decade-long musical career.... Just like this book -- and its subject -- direct and genuine."―Mike Snider, USA Today

"Endlessly entertaining.... Readers of It's a Long Story will finally get the sense that Nelson is sitting before them spilling everything he can remember.... It's a wonderful thing if you love ol' Willie -- and who doesn't? ... Nelson has spent decades on the road building this story -- do yourself a favor and take a day or two to read it."―Hunter Hauk, Dallas Morning News

"Brims with affectionate reminiscences of Nelson's childhood and semi-wayward youth, his turbulent marriages and career zigzags. And of course his raison d'être, music."―Leah Greenblatt, Entertainment Weekly

A "breezy new autobiography... His voice as a writer, as in song, is warm, generous and good-timey."―James Sullivan, San Francisco Chronicle

"Nelson offers a warm, friendly, and a deeply reflective glimpse behind the making of most of his albums as well as behind-the-scenes looks at some of his best-known hits.... Reading Nelson's narrative is like sitting on the front porch chatting with an old friend."―Publishers Weekly

"The closing chapters are reflective and heartfelt--part musical and part personal--and they nicely bookend Nelson's admirable attempt to recount his 'long story.'"―Andrew Dansby, The Houston Chronicle

"One of the original 'outlaw' country singers puts it all on the line with this bawdy and moving tale of his extraordinary life."―Allen Pierleoni, The Sacramento Bee --This text refers to an alternate kindle_edition edition.

Willie Nelson is an American country music singer-songwriter, as well as an author, poet, actor, and activist. He was inducted in the Country Music Hall of Fame in 1993.
--This text refers to the hardcover edition.