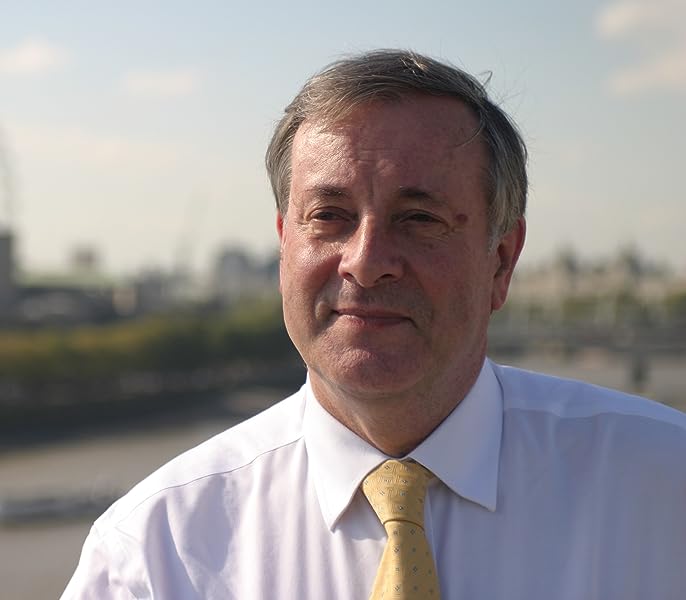 Bernard Briscoe
5.0 out of 5 stars J I Packer - Biography
Reviewed in the United States on January 20, 2014
Verified Purchase
McGrath knows his British ecclesiastical history of the past half century and records the important place that J.I P. had in it, until his crossing of the Atlantic to make his considerable Holy Spirit gifts available to a broader segment of the Body of Christ. A fascinating study - written in a readable form - even when dealing with the lofty heights of Oxford and Church of England infighting.
Read more
One person found this helpful
Helpful
Comment Report abuse

Mik Sutton
5.0 out of 5 stars JI Packer - Revealed in Christ
Reviewed in the United States on May 2, 2014
Verified Purchase
I really enjoyed the book. Very revealing and informative about his life and spiritual foundation. Our men's small group is studying "Knowing God;" the biography will add depth to the discussions.
Read more
One person found this helpful
Helpful
Comment Report abuse

Darrell
5.0 out of 5 stars A must have biography
Reviewed in the United States on September 4, 2015
Verified Purchase
This book is a must read for anyone interested in the life, ministry, and teaching of J.I.Packer.
Read more
Helpful
Comment Report abuse

R. Cannata
5.0 out of 5 stars Bio of a great theologian by a great theologian
Reviewed in the United States on January 1, 2006
Anglican and Evangelical, conservative and ecumenical, Packer has been a central figure in a variety of theological movements in North America and Europe for nearly two generations. Thus is this first major biography of Packer much overdue.

McGrath is an astoundingly prolofoc writer, but he has taken great care to tell the story of Packer's life in generous detail. Written in a plain, almost artless, style, McGrath provides an exceedingly clear, accessible portrait of a very complex man. A professor of systematic theology at OXford, McGrath is himself an ex-liberal who, in his steadt migration to the right, is passing many leftward drifting evangelicals. This is evident in this openly sympathetic biography of one of the great statesman of contemporary conservative evangelicialism.

The story begins with Packer's blue-collar childhood in England as the son of a railway worker. His destiny as a schaolr is traced to a chnace encounter with a schoolyard bully who chased him into traffic. The resulting head injury Packer sustained forced him indoors for a summer, where books and an inexpensive typewriter revealed an exciting new world. While an undergraduate at Oxford, Packer was again redircetd by the hand of Providence. As nominal Anglican, Packer was generally mortified by the anti-intellectualism and the sheer tackiness of the evangelical studnet ministry on campus. Yet he was haunted by and irresitibly drawn to the weighty claims of the Gospel which were so gleefully proclaimed by these same evangelicals. Befor elong Packer was reluctantly but profoundly converted.

His discovery of the Puritans, at a time before the Banner of Truth Trust brought them back into print, gave Packer a zeal to reintroduce their marriage of intellectual rigor and passionate piety to the modern church. After completing his doctoral work, he devoted himself to the training of future pastors, first at Corpus Christi College, Oxford, and most recently at Regent Collge, Vancouver. Nearly all of the 30-odd books he has written have been directed to the Church rather than the academy. Still, given his academic style and his rugged Calvinist theology, Packer's book Knowing God is probably the most unlikely Xian bestseller of the past half-century. Packer's consistent two-fold aim has been to work for renewal as an evangelical conservatove within the Anglican Communion and to work toward ecuemnism with evangelicals of other denominations. While McGrath shows Packer to be an irenic man of deep integrity, this two-fold ecumenical strategy has involved him in heated controversy throughout his career.

McGrath develops his biography chiefly around these controversies. For example, early in his career Packer was virtually shunned by the British evangelical community for daring to express his misgivings about the Kewwick holiness (or "Victorious Living") movement. Unwilling to tickle even the most pious ears, Packer showed how naive pietism inevitably lapses into Pelagianism. "After all," as McGrath sums up Packer's position, "Pelagianism is teh natural heresy of zealous Xians who are not interested in theology" (p. 78). Other controversies here recounted include Packer's unashamed defense of biblical inerrancy in a 1958 book, his painful break during the 1970s with his mentor Martyn Lloyd-Jones and, most recently, his co-authoring of teh controversial document entitled "Evangelicals and Catholics Together" (ECT), together with Charles Colson and Richard John Neuhaus. McGrath's biography is much more than the personal story of a solitary evangelical figure, but rather an insightful persepective onto some of the major developments of the post-WWII Western Church.
Read more
5 people found this helpful
Helpful
Comment Report abuse
See all reviews