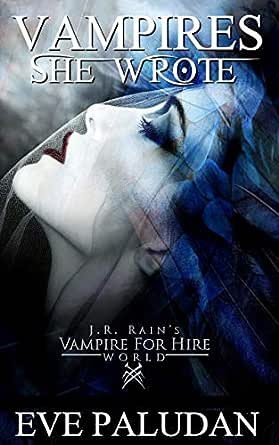 You've subscribed to Fang in the City! We will preorder your items within 24 hours of when they become available. When new books are released, we'll charge your default payment method for the lowest price available during the pre-order period.
Update your device or payment method, cancel individual pre-orders or your subscription at
Your Memberships & Subscriptions
There was an error. We were unable to process your subscription due to an error. Please refresh and try again. 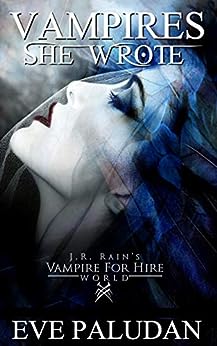 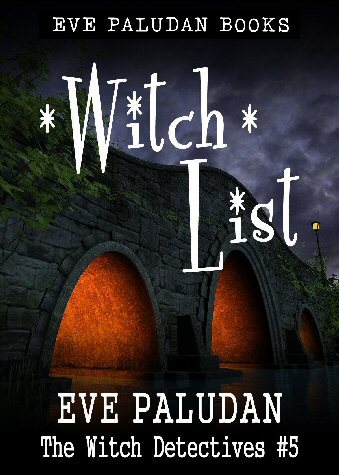 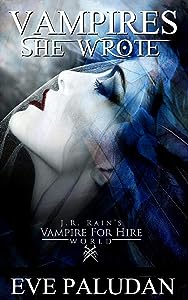 4.3 out of 5 stars
4.3 out of 5
21 customer ratings
How does Amazon calculate star ratings?
Amazon calculates a product’s star ratings based on a machine learned model instead of a raw data average. The model takes into account factors including the age of a rating, whether the ratings are from verified purchasers, and factors that establish reviewer trustworthiness.
Top Reviews

Ravyne
4.0 out of 5 stars Fast-Paced Supernatural Romance
Reviewed in the United States on November 19, 2016
Verified Purchase
Set within the world of J.R. Rain's Vampire for Hire series, Eve Paludan has brought together many of Rain's character into an exciting new adventure: Fang - a dangerous vampire who runs a members-only blood club, Samantha Moon - a private investigator and vampiress, and Kingsley Fulcrum - Samantha's lover, a werewolf and a lawyer. A classic literary character and a historical figure also star in this fast-paced supernatural romance.

When Fang first meets Justine Black, a novelist and vampiress, at his blood club, he doesn't realize that he is about to embark on lethal mission. He promises to help Justine find the vampire who turned her in a most cruel manner outside his club. Justine wants vengeance. Fang just wants to survive. During the course of their adventure, they fall in love, a love that could be derailed by mortality.

This is the first time I have read any of Eve Paludan's novels. I also admit, I have not read any of J.R. Rain's Vampire for Hire series either. However, I didn't really miss anything by not having a prior introduction to the characters. Paludan crafted her story in such a way, that I felt like I already knew these characters. If you enjoy a great love story that makes you laugh and keeps you on your toes, this is the novella for you. You will easily fall in love with the main characters and root for their success.

There were a couple of literary issues that I found slightly unsettling with the book. It is written almost entirely in dialogue, and at times, I felt that the characters were a bit 2-D as a result. The dialogue tags, which were used sparingly, didn't always help to move the story along either. With that said, the fight scenes were well-written and exciting. Paludan's descriptions put you right in the midst of those battles. The initial love scene felt a bit flat, but improved by the end of the book. As a lover of birds, the flight scenes took my breath away.

Overall, this is an amazing story with great characters and well-constructed scenes. It has also encouraged me to read J.R. Rain and Eve Paludan's other books.

GsoBookworm
5.0 out of 5 stars Believable Complex Characters and Action Packed
Reviewed in the United States on August 27, 2016
Verified Purchase
Wonderful! Paranormal romance at it's very best. Lots of excitement and historic vampire lore to sink your teeth into. It's action packed with enough romance to make you smile from time to time. I also found myself laughing out loud. This book includes a wide variety of characters that include a werewolf, Dracula and Genghis Khan- need I say more?

EFinn1
5.0 out of 5 stars Fangs, feathers, fur- everybody is back for this fight.
Reviewed in the United States on July 3, 2016
Verified Purchase
It has been a while since we have heard from Fang and friends but the wait has been worth it. This story picks up a year after the incident in Las Vegas. New love with a mysterious stranger, a warrior bent on mass destruction, an ages old vampire hell bent on vanquishing a foe- what could go wrong. Everything does and it is captured well by Ms. Paludan from tender love scenes, to a dog with boundary issues to action packed fight scenes. Excellent.
Read more
One person found this helpful
Helpful
Comment Report abuse

Kindle Customer
4.0 out of 5 stars A new spin on Dracula
Reviewed in the United States on May 13, 2018
Verified Purchase
One of the largest points of interest is the appearance of Dracula himself as a major guest character. The author put a whole different spin on him, and the personal motivation driving his existence. Action packed, quick read, many interesting elements! I could have lived without the protracted sex scene near the end. It seemed unnecessary to me.
Read more
Helpful
Comment Report abuse

Kris Lamont
5.0 out of 5 stars Excellent
Reviewed in the United States on August 20, 2016
Verified Purchase
This author has IT. I love she is doing some of JR Rains VFH series charactered novels. She has the characters down pat. Her dialogs flow, the action becomes a beautiful CGI'd movie in your head. Great fun, a gripping tale, and more of the world we have come to love. High five, Ms Paluden
Read more
2 people found this helpful
Helpful
Comment Report abuse

Amazon TDDonn
5.0 out of 5 stars Fun with Fang
Reviewed in the United States on October 27, 2018
Verified Purchase
This story of Fangs life and problems is well written, interesting and has quite a few interesting revalations. The final chapters are very interesting as well as revealing of Fangs true spirit.
Enjoyed the book thoroughly.
Read more
Helpful
Comment Report abuse

Maryjane OMEARA
5.0 out of 5 stars I just love Fang
Reviewed in the United States on September 1, 2016
Verified Purchase
It's nice to see a spin off of Fang, with Samantha Moon, Kingsley, Dracula and a new vampire Justine. I really liked the story and can't wait for the next book. I would recommend it to anyone who loves Samantha Moon stories, as Samantha and Fang met online.
Read more
2 people found this helpful
Helpful
Comment Report abuse

Lizzie F.
5.0 out of 5 stars Fang!!
Reviewed in the United States on September 13, 2018
Verified Purchase
At last, a Fang adventure. Thank you, Eva, for this book gem. I would love to read more like this one.
Read more
Helpful
Comment Report abuse
See all reviews from the United States