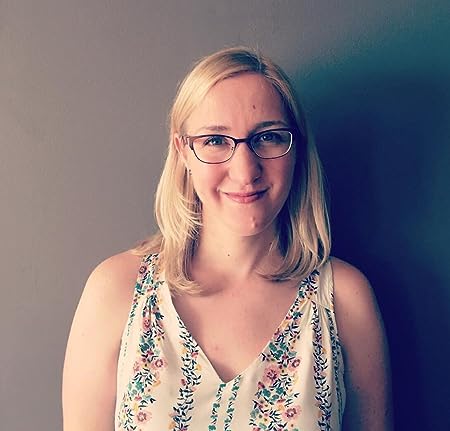 J.R. Boles is a fantasy and fiction author currently hanging her hat in the Heartland. When not writing, she and her husband spend their free time chasing after their fearless daughters and rescue pup. She is a graduate of the University of Missouri-Kansas City with a degree in English and American University Washington College of Law. 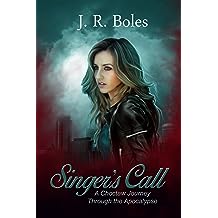 Called forth by mysterious drums that reverberated deep in the ground, swarms of ancient vampires were released from their earthly prison. To survive the apocalypse, Dr. Everly “Ever” Rose Thompson turns her back on a lifetime devoted to science by finally accepting her gifts as a Choctaw healer. Tormented by a frantic need to find her family, Ever begins a perilous journey across the ruins of North America. When a chance encounter brings her face to face with the enemy, she discovers an unlikely ally and a secret that could hold the key to humankind’s survival. Can Ever accept help from one of the very creatures who destroyed her world in order to save it, or will the secret perish with her?
Read more
Other Formats: Paperback 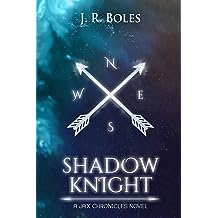 Iris Pentagen’s life is a ticking bomb—she has to die on her seventeenth birthday. Her death will be short, but long enough to pierce the veil and open her eyes to the spirits around her. With enemies circling in to control her and harness her power, she’s on the run to survive.

Knick is a shadow—an elite knight born to protect Iris—and he will stop at nothing to keep her alive even if it means defying his masters within the Order of Shadows. At odds with the Order and chasing down leads to determine who is behind a series of attacks on Iris and her family, Knick and Iris discover that their bonds are stronger than ever…but will they be strong enough to withstand the unimaginable power awakening within Iris? 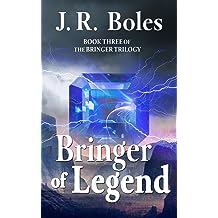 After a lifetime spent battling the Dark Mage Mercer, Lynden can finally destroy him—that is if she can track down a mysterious stone referenced in a letter written hundreds of years ago by a mad prophet. With her closest friends beside her, Lynden returns to the homeland of her father, her birthright, to battle the magical wasteland created by Mercer's dark curse. Only the hand of an heir to Westmark can turn the stone and save Arten.

But Lynden has to find it first. Attacked by remnants of her father’s people and faced with impossible prejudices, she refuses to be defeated. The journey toward defeating Mercer tests even her tightest bonds of love and friendship. And it is a test which might require her very soul. 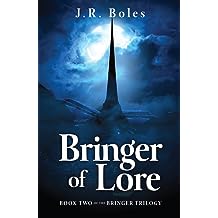 Bringer of Lore: Book Two of the Bringer Trilogy Feb 23, 2016
by J.R. Boles
( 4 )
$2.99
Having liberated her kingdom from the influence of the Dark Mage Mercer, Lynden chases down her torturer. Forced to enter a foreign court as a noblewoman of Arten, Lynden battles intrigue and politics to discover Jazmin’s intended target. Culminating in a deathly trial set by the mad prophet, Lynden must keep her friends alive and reach a book meant only for her. But time is running out.
Read more
Other Formats: Paperback 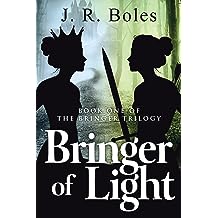 For generations, the kingdom of Arten has stood alone against the ancient dark mage Mercer, a man no longer bound by time. But when King Wern is kidnapped, Queen Arin will risk everything to get him back.

Lynden Trenadin is chosen to join the ranks of the elite Queens Champions both for her prowess as a warrior and her remarkable resemblance to the queen. She has spent her life battling at Artens borders, but now she must defend the queen with her life as they journey to their enemys castle. When the tide of battle goes against them, Lynden unleashes a magical power she didnt know she possessed. Even though she saved hundreds of warriors, Lynden is forced to flee in shame for her use of forbidden magic.

Now on the run, Lynden must raise a rebellion to free her country from the tyranny of the enemy she thought shed destroyed. A band of loyalists and an enclave of ancient mages aid her in her efforts, but with a dark mage bent on her destruction, Lynden must discover a way to harness her new magic before it is too late.