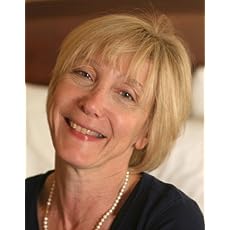 J.E. Rogers was born in the Bronx and raised in New Jersey. She is a graduate of Western Connecticut State University and makes Florida her home. Besides being an avid reader and writer, she also loves animals, and is especially intrigued by those found on the continent of Australia. Her compassion for endangered species led her to include them in her writing, where she hopes to spark a desire in middle graders to learn more about the environment and its effect on the planet's wildlife.

She enjoys encouraging and helping fledgling writers, while continuing work on her next project.

She can be found on the following: 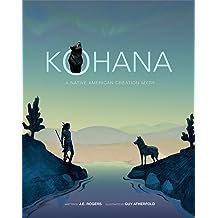 Kohana: A Native American Creation Myth Aug 16, 2017
by J.E. Rogers , Guy Atherfold
( 5 )
$4.99
The Great Spirit created a beautiful world where the prairies, the rolling hills, and the high mountains are home to all manner of marvelous creatures. Kohana lives here too.
He is a mischievous young wolf who is learning about the world around him. One day, he sees an animal unlike any other; an animal that roams the plains on two legs. When Kohana asks the Great Spirit what this beast is, he gets a thunderous response. "Do not go near the Two-legs!"
This answer does not satisfy the young pup, and he is determined to discover more.
This exciting, beautifully illustrated story is based on a Native American creation myth. Myth has always played an important role in helping humans to understand and explain the unexplainable. Kohana will help us understand how the wolf became man's best friend—the dog.
Read more
Other Formats: Paperback 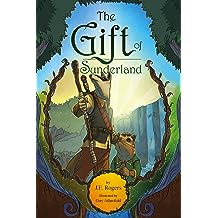 The Gift of Sunderland: An Australian Fantasy Adventure Feb 17, 2015
by J.E. Rogers , Guy Atherfold
( 19 )
$2.99
A rift has been created in the Ayers’ lineage. Roland Ayers, Guardian of the Forest, knows that he must obey the voices of past Guardians and declare the next in line. When the announcement is made, two estranged brothers will be torn further apart, causing the Forest to rise from its long sleep. Follow Fergal, Waylond, and the rest of our heroes as they trek across Sunderland to the depths of Mt. Olga where evil dwells. It's there they will discover the importance of family and friendship!
Read more
Other Formats: Paperback 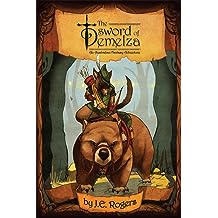 Cynric, King of Demelza, is haunted by his past. In an effort to escape it, he wields a powerful sword, commanding his dragon lizards and a malevolent thylacine, to wreak havoc throughout the realm. Villages are burning and innocent creatures are dying.

Erik and Emma, two young marsupials, and Devon, an orphaned red fox, are on their own personal quests; two to save a life, one to destroy another. When their paths cross, these natural enemies forge an unusual friendship. Soon they hear of the devastation caused by the evil king and they realize that their personal objectives must be put aside. Even though that decision will affect their own lives, and the lives of the ones they love, they are determined to help their fellow creatures. They put themselves at risk by joining a motley crew of animals, whose main objective is to end the reign of King Cynric.

A final battle will take place in the shadow of Fortress Demelza as the king’s forces clash with this rag tag band of creatures from the countryside. The fate of Sunderland and its inhabitants is at stake.

From the Author: The Sword of Demelza is a middle grade fantasy where endangered animal heroes roam the pages, and the Australian landscape comes alive! A glossary at the end of the book provides information about the unusual flora and fauna found within the story, and only on the continent of Australia. Wonderful Illustrations throughout the book will help bring the creatures to life. A sneak peek of The Gift of Sunderland, the second book in the Australian Fantasy Adventures, is included.

Filled with profound lessons of loyalty, friendship, tolerance and dedication to a cause, J.E. Rogers delivers a fantasy filled with excitement and unforgettable characters. It is truly an exciting journey, populated by fascinating beings. A must read for every child, young and old! 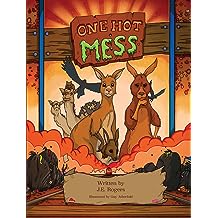 FITZROY, a young kangaroo, lives in the outback of Australia with his kangaroo family. This season the outback is greener than usual, and the beautiful plants growing against the red earth delight him. Then he notices the nasty pile of trash that sits alongside the railroad tracks. Every day it grows bigger and bigger, and gets smellier and smellier. Some of the little joeys are even getting sick!
Fitzroy is determined to find a way to clean up the mess and ensure that it never collects in the outback again. But it’s a big job, too big to do by himself. How will he clean it up? Who might help him?
Fitzroy and the mob find that sometimes the help you need is right there beside you. You just have to have the courage to step forward and ask for it.