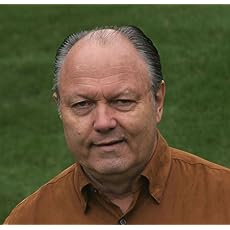 Joseph J. (JJ) Dewey, born Feb 1945, has been a student of philosophy, metaphysics and the spiritual path most of his life and has taught numerous classes and seminars on a variety of avant-garde subjects.

In the real world he has seasoned experience with real estate, advertising, sales and promotion. He currently owns Great AD-Ventures, a company that offers a variety of business services.

Dewey, who has been a student and writer of philosophy for many years, has been teaching online since 1998. Check out his online class at Facebook by typing in "Keys of Knowledge" or go to:
https://www.facebook.com/groups/285215164900659/

In his trilogy of books in the Immortal series, the author draws from many true-life experiences to create novels that present unique and mystical teachings in a way that captivates the imagination. What is true and what is fiction? That is for the reader to determine. The trilogy consists of The Immortal, Books I & II in one volume, The Lost Key of the Buddha and Eternal Words.

A fourth Book called "The Unveiling" is available in the Kindle edition.

For the past dozen or so years Mr. Dewey has taught one of the most active discussion groups on the internet called The Keys of Knowledge. His writings have been collected and archived at www.freeread.com. There the seeker can find over 5000 free articles written by him as well as a number of books. He may hold the record for the most original free articles on the web offered by a single person. These are not the ramblings of a blogger talking about trivial matters but new insights on life changing philosophy..

The author currently lives in Boise, Idaho with his wife Artie, who was the inspiration for the main female character in the Immortal books.
Read more 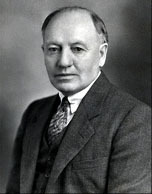 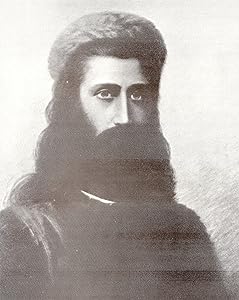 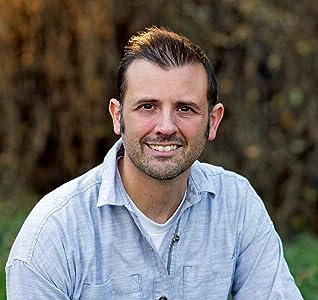 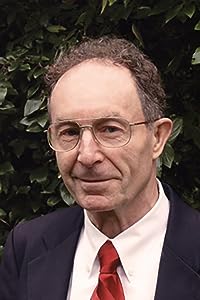 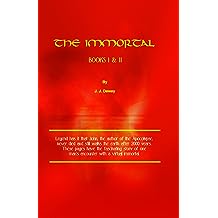 Read this book and you will know.

The Immortal is the story of the return of the Apostle John to teach the Twelve Keys of Knowledge to prepare the world for the new age of peace. This is a book so riveting you will not be able to put it down until you've read the whole thing. The mystery of the book: Is it fact or fiction? Most readers agree this unique knowledge had to come from a higher source. This is the first two (in one volume) in a series of 4 books.
Read more
Other Formats: Paperback 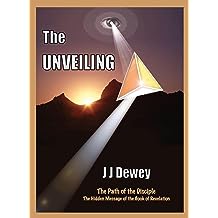 First, it is important to understand common interpretations that are revealed to not be true. Among them are:

(1) The Beast is NOT a powerful Hitler type worldwide dictator.

(2) The mark of the beast has nothing to do with bar codes or a chip implanted in your hand or head.

(4) The two witnesses are not two prophets who will magically appear.

(5) When John said that the things in it will “shortly come to pass” he did not mean it would take 2000 years but he meant a short time just as we interpret the phrase.

The real meaning of the book is nothing like students have been taught but contains teachings in symbolic code disguised as an end of the world scenario to insure it would be included in the canon as we now have it. These teachings, previously hidden from view, tell the aspiring disciple how to tread the path that the Master has outlined. This is why the book was called the “Unveiling of Jesus Christ,” commonly mistranslated as “The Revelation of Jesus Christ” - or in short “The Book of Revelation.”
Read more 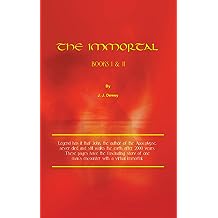 OUT OF THE THOUSANDS OF FREE BOOKS ON THE WEB THERE IS NOT ONE THAT WILL HOLD YOUR ATTENTION LIKE THIS ONE!


The Immortal is the story of an average truth seeker who stumbles across a fascinating teacher, only to discover that the man is John the Revelator of Apocalypse fame, who has been wandering the earth incognito for the past 2000 years. John begins the task of teaching his new student the first of the Twelve Keys of Knowledge.
The first question addressed in Book I is WHO OR WHAT AM I? The student gives all the standard answers...and they are all wrong. The lead character then realizes he is under the tutorage of no ordinary teacher and must apply himself in a quest for knowledge.
Read more 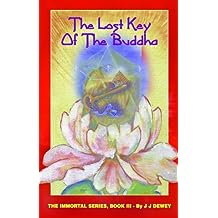 The Lost Key of the Buddha (The Immortal Series Book 3) Nov 1, 2003
by JJ Dewey
( 19 )
$9.99
As Siddhartha Gautama, who became the Buddha, sat under the Bodhi Tree near starvation, seeking enlightenment, he heard some singing; the words he heard are said to be something like this:

He now saw a Middle Way that was just right. Unfortunately, that vision was lost and replaced in history by a watered-down idea that was already common knowledge and turns on no light. In this age it is assumed that the Middle Way is moderation. This assumption is not correct.

In this volume the true Middle Way is again revealed by an Immortal. The Middle Way will turn on the light, and the principle of enlightenment will again have meaning.

Was Ananda, the Beloved disciple of Buddha, also John the Beloved Disciple of Jesus?
Was this same man the "Immortal" who has appeared in our day to reveal
important lost teachings of Buddha and the Christ?
Are the Keys of Knowledge the missing link between Christianity and Buddhism?
Find out this and more in the third in a series of twelve books that reveal the Keys of Knowledge.
Find out why this series is so compelling that readers are left wanting more.
Read more
Other Formats: Paperback 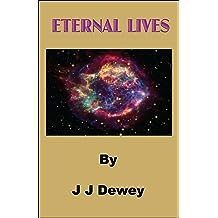 Eternal Lives Jul 14, 2012
by J J Dewey
( 7 )
$0.99
What did the phrase “eternal lives” really mean? Does it mean we live multiple lives, or probations? Did Joseph Smith teach reincarnation? Is there evidence of it from the scriptures? Is there physical evidence?

You will find out this and much more in this book.
Read more 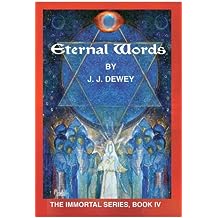 Eternal Words (The Immortal Series Book 4) Jun 1, 2006
by JJ Dewey
( 13 )
$9.99
Eternal words are more than words. Regular words only transmit information or data. Eternal words paint a picture in the mind and transmit principles, which are never forgotten. This is why the Master called them "Words that shall not pass away." This book contains numerous eternal words, words that shall not pass away from the memory of the reader. Within its pages he or she will find many principles which will elevate the mind to new vision - to a higher plane of seeing that shall be retained. The writer takes the reader on a quest for the Third Key of Communion. We learn the reason teachings of light are distorted over the generations, about higher perception, principles of creation, the beginning and end of the universe, residual reading and much more. In the end, there is a powerful confrontation with evil, a superhuman test and a solution that takes us from inside the atom to a revelation of the whole universe and its destiny. Eternal Words is Book 4 of The Immortal series. It is preceded by two other books in the series, The Immortal, Books 1 & 2, and The Lost Key of the Buddha, Book 3.
Read more
Other Formats: Paperback 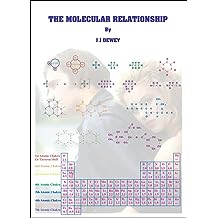 Why were the disciples of Jesus able to perform great miracles, walk through walls and even teleport themselves?

The answer lies in these pages.
Read more 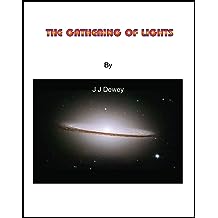 The Gathering of Lights Jul 13, 2012
by J J Dewey
( 3 )
$9.95
The Gathering of Lights is a principle which the prophets and master teachers have written of for thousands of years yet few have understood - until now. Mr. Dewey explains this principle, which lies behind all spiritual, social and physical evolution in an eye-opening manner that the reader will understand and not forget.

The gathering is written about in the Bible perhaps more than any other principle yet you’ll rarely hear it mentioned within the walls of any church or Bible study, certainly not from the vantage point taken in this book.

Prepare to go where you have not gone before as a seeker of knowledge.
Read more 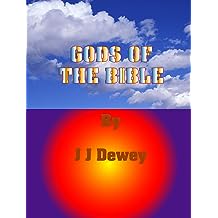 The Gods of the Bible Jul 10, 2012
by J J Dewey
( 1 )
$4.99
This is not your regular Sunday school manual examining the standard interpretation of scriptures. Mr. Dewey closely examines the Greek and Hebrew to reveal long hidden truths about God and Christ. Here are some mysteries explored.

(1) What is God?
(2) Why is the Hebrew word for God plural?
(3) Why are men called Gods?
(4) Others besides Jesus where called Christ and Messiah.
(5) Is there a Hierarchy of Gods?
(6) Are we also sons of God?
(7) Questions that standard believers do not want to hear.”

No matter what your belief system you will find this book an eye-opener.
Read more 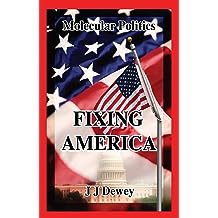 Unfortunately, most solutions presented are not solutions at all but fall into three categories.

(1) A platitude decreeing to us the way things should be. Example: “We need to wake up and become more moral or responsible.”

(2) An idealistic solution, but with no way to implement it. Example: “We need a flat tax.”

(3) A solution that appeals to a minority with no chance of gaining popular support in the current environment. Example: “Abolish the income tax.”

This book takes a different, yet practical approach. Not only are important problems and their causes presented, and not only are solutions offered, but the author explains how to implement positive change and made it a reality.

The author presents captivating solutions in the Molecular Politics concept that bypasses partisanship and works with the majority to create change. Readers will be fascinated with ideas of participatory democracy, abundant energy, changing the money system, and much more.
Read more
Other Formats: Perfect Paperback