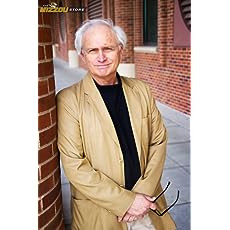 I grew up across the street from a house where a young girl was murdered. That mystery, still unsolved to this day, perhaps led me to work in the criminal justice system, first as a court investigator and later as a prison counselor.

​In between those jobs, I worked as a college speech instructor, a freelance writer, a newspaper reporter and a high school teacher.  I have taken time to travel throughout North America and Western Europe by thumb, rail and car, backpack the Grand Canyon rim to rim and spend weeks on-end in my ancestral home-Ireland.

​The young girl's death decades ago also prompted me to become a "paperback writer" of mysteries.

As an investigator for 15 years, I heard first-hand stories from men who committed crimes. Later, as a mental health therapist at a prison, I developed a keen ear for hard and realistic dialogue.

I am the author of the Pat Riordan Stories. Bricked is the first book, and while not a mystery like the other books, it introduces the protagonist Riordan and several other characters who play prominent roles throughout the series. In the other books, The Slip Swing, The Cues, and Franklin's Bennies, teacher Riordan, turns sleuth.

​I am interested in your experiences and sharing your thoughts with me about my books. You can contact me at jmichaelmcgee.author@gmail.com
Read more 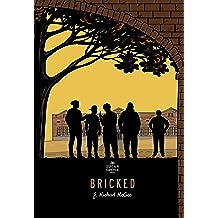 Jobless and divorced, Pat Riordan takes a little-sought-after teaching job at the district's school for the hard-to-handle, Wolfcreek. Dispirited by their banishment to the at-risk program, students refer to themselves as "bricked." But Riordan sees potential in the behaviors others have deemed unmanageable.

Together with other school staff, Riordan works to bring structure and inspire hope, unraveling the troubles and trauma behind disruptive behaviors and learning delays. But, when their emotionally-responsive tactics are criticized by district leaders for being too gentle, looking to bring "more promising" students to the community, their plans are thwarted by threats to close the school.

As tensions rise with the pressure to prove results, Riordan builds a deep bond with his student Bobby. When Bobby's mother is abused by her live-in boyfriend, Riordan steps in to help, forced to declutter his own troubled life in order to help his student's.

Will Riordan be able to put aside his own sense of loss to inspire his students to rise above theirs?

Can Wolfcreek prove that these young adults are worth investing in, despite troubled behaviors, in order to save the school from closure?

Bricked follows Riordan, the students and staff in what might be the school's final year.