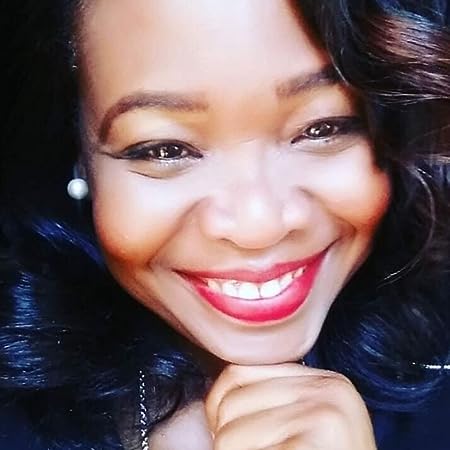 Hailing from South Georgia J. Z. Luciano is a multi-genre author/writer. However, military romantic suspense and dramas is this author literary wheelhouse. A Business Management and Economics undergraduate alumna from a powerhouse HBC. She’s very proud to be an honorable veteran of the United States Army. In addition, Ms. Luciano is an Operation Just Cause and Persian Gulf veteran. Her eyes have seen and experienced a great deal of world, to say the least. The author performed most of her military duty as a communications instructor and ceremonial detail for fallen soldiers. Hers was an extraordinary military career.

Ms. Luciano’s diverse and dynamic worldview was shaped by her early childhood experiences. At age five she lived abroad with her parents, in Europe. During August 1968─of that same year Russia invaded the Czech Republic─Ms. Luciano was a schoolgirl in neighboring Germany, studying in military education programs. Seeing the world through the lens of these profoundly moving realities, events, and experiences became powerful writing tools for Ms. Luciano’s, spurring her talents as a novelist, and compelling writer.

Readers who are thrusting for provocative, intriguing, and dynamic literary works will find them in abundance from the pen of J. Z. Luciano. Because this southern debutante and author is leveling up the Military Romantic Suspense and New Urban Renaissance literary game! 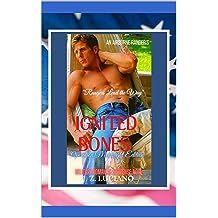 IGNITED BONES: Operation Moonlight Edition Sep 24, 2020
by J. Z. Luciano
( 7 )
$3.99
Readers will roll off the edges of their beds or seats... clutching their proverbial pearls while reading this saga noir!

At the same time, raising the romantic hedonic high stakes and suspense, of three of polite society’s fiery libertines. But Fate and Destiny were not to be denied, of their wicked meddlesome ways….

Meanwhile, during fiery love and relationship dramatics, an officer and gentleman’s new mission has been greenlit, for immediate action. Of course, in the middle of his heated sexcapades, as he's in the arms of the love of his life (Ms. Sable-Ann)! In the interim, a sudden tapping of morse code suddenly resounds from the Major’s lover’s patio doors to her boudoir. Somehow──shock and awe… don’t quite say it.

Yet, engaged in a desperate personal battle against the growing darkness of that possessive and jealous b**tch… PTSD.
All threatening to splinter the major’s consumed psyche, and primeval nettled soul, into splinters. Something within the soldier had to give. Dark Ops Special Operative and hero …or not….

All that said----the major will find that back home on his beloved American soil, lies the gorgeous, wealthy, and debonaire rake Lord Foxington. His real clear and present danger. The officer and gentleman couldn't cross European and Russian waters fast enough; to get himself back home, to Washington D.C. and Pentagon. Moreover, to north Georgia, and his dearest Sable-Ann!

The only, question lurking in the depths of Major Glen’s dark psyche was’── “where in the hell is his Gurly-Girl (Ms. Sable-Ann). Moreover, with whom?”. 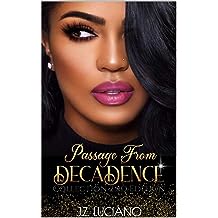 THE PASSAGE FROM DECADENCE COLLECTION 2ND EDITION Dec 11, 2020
by Collection 2nd Edition, TERRI WILSON
( 1 )
$3.99
Readers---This Fabulous Novel Is A Collection of Three Books in One!

"Illusions Are Very Dangerous People...They Have No Flaws!" Just As Omission Is Guilt, in Love and War.

A behind closed doors romance turned steamy ménage' et' trois, with the handsome and powerful millionaire Mr. Bart. Total wealthy dominant, and calculating rogue type. Once he lays eyes upon the stunning ebony beauty Stella-Ann Kelly, like all power players, the gentleman had to have her.

The pragmatic and existentially stoic beauty soon finds herself turning to the dark side in a dangerous game of Russian Roulette, to win over Mr. Bart's heart! Surreptitiously, harvesting powers she'd been longing for, all her adult life. However, somewhere along her journey; lines began to become blurred, and her yearning becomes a carnivorous hunger. The type of which she had never suborned, from within herself before. But how far is too far, when game playing traps are too bitter to live with? And...at what cost?