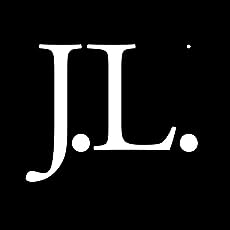 J.L. Forrest writes from the cool, wet techno-jungles of the Pacific Northwest, the frosty Rocky Mountains, and the narrow, ancient streets of Roma.

He is the author of numerous short stories and novels, and he has published works both science fictional and fantastical with the likes of Analog Science Fiction and Fact, Crossed Genres, Third Flatiron, the Robot Cowgirl Press, and others.
Read more 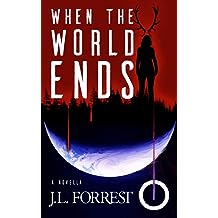 Bett wants more than anything to survive.
But how do you survive the end of the world?

Bett must overcome these, and she must keep moving. If she reaches the coast, crossing half of Canada, then she must decide—

To the north, survivors of Blight will hole up as long as possible. A generation or two is all the Earth’s got left, but maybe they can make the best of it?

To the south, a King is offering everyday people a one-way ticket off Earth—he's the only trillionaire who doesn’t seem anxious to leave the poor behind.

In the crux of her decision, Bettina encounters a bewildering, witchy woman who speaks with animals and who listens to whispers on the wind. Mystifying things walk the enduring forests, and rumours of Old Gods spread terror.

Old Gods who want Bett on their side.

Join Bett on her journey. Read When the World Ends today.

When the World Ends is a novella of science fiction and dark fantasy by award-winning author J.L. Forrest, Active member of the Science Fiction and Fantasy Writers of America. 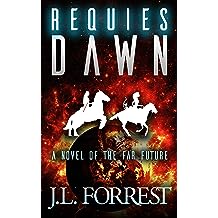 
As a young woman, Nyahri learned hunting and raiding. Now in adulthood, she must make crushing choices of allegiance and family.


So she prays to those dark gods, the Atreianii, for guidance. Can they help her?


Such gods of fortune and gods of death, worshipped by a hundred tribes, seldom answer prayers. For untold generations they have slept within their subterranean fortresses, their Citadels, scattered across the world.


When one Citadel explodes, its hellfire lights the sky from horizon to horizon. A single goddess emerges from the ashes, slag, and ruins, and her obsession is to reach the next distant Citadel—before it’s too late.


Nyahri's prayers are answered, but the price is higher than she ever imagined. So are the rewards.


A western. A fantasy.


A tale of desire and longing.


All these, woven into a seamless, world-shattering, beautiful vision.


You’ll love Requies Dawn, the first in the series of the Eternal Requiem. Read it now!


An interview with author J.L. Forrest:


Where did this book come from? Requies Dawn isn’t like anything else you’ve written.


That’s not entirely true! I’m best known for far-future hard science fiction, but I play in other sandboxes too. I adore crossing genres, bending or burning genre expectations to get at something fresh.


The Eternal Requiem series doesn’t immediately declare its nature to readers, which is a dangerous and interesting way to tell stories. I want readers to trust the storytelling first, to lose themselves in the narrative, and consider the genre after they’ve finished the last page.


At the opening, our heroine is a huntress, named Nyahri, whose world seems foreign and fantastical. The story contrasts her against the anti-heroine, Sultah yw Sabi, who appears magical and divine. By the end, the setting reveals itself as something other than what we first believe, and this changes our perspective on the characters too. That’s part of bending the genres.


Is the story “Progenesis” a prequel to the Eternal Requiem series?


Yeah, so, “Progenesis” was a novelette that appeared in Analog Science Fiction and Fact in October 2016. You could interpret it as a prequel, sure, though several thousand years separate “Progenesis” and Requies Dawn. Back issues of Analog can be hard to find, but “Progenesis” will appear in an upcoming collection titled Peculiar Declarations. That should be out at the end of 2018 or beginning of 2019. 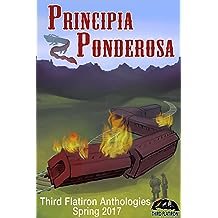 Our authors dig into the principles that have made Weird West fertile
ground for speculative fiction and adventure. 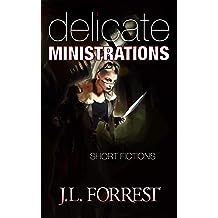 You will reach into the stars.

You will exist between humanity…

Take a journey with these eleven tales by a master storyteller. Rove through worlds of hard science fiction, dark fantasy, and far-future noir. Delicate Ministrations will take you places you've never been before.

J.L. Forrest's stories have appeared in Analog Science Fiction and Fact, Crossed Genres, Third Flatiron, Alien Abduction, Tales of Woe and Wonder, A Baker’s Dozen of Magic, and others.

Delicate Ministrations is a rhapsodic collection of short fiction from science-fiction and fantasy author J.L. Forrest.

Like those of Neil Gaiman, Kelly Link, Ray Bradbury, or Ursula K. Le Guin, Forrest’s stories cross and bend genres. They thrill us and allow us to escape, but they also give us fresh ways to look at the world and at ourselves.


An interview with author J.L. Forrest:

Tell us about Delicate Ministrations. Why these stories?

Well, why short stories at all? Good short fiction allows many writers, like me, to experiment more fully than we can with novels. Read more short fiction! It’s often where the edgiest storytelling appears, where authors can stretch and take huge chances. The real magic happens in short fiction, mine included.

Who should read Delicate Ministrations?

Read Delicate Ministrations if you want that.

This collection offers a combination of short stories and novelettes, with one novella, Liminal. This is a smorgasbord of not only some of my better writing, but it has a broad range of flavors.

Delicate Ministrations is the first of my short-story collections. Minuscule Truths is the second. A third is on the way, titled Peculiar Declarations.
Read more
Other Formats: Paperback 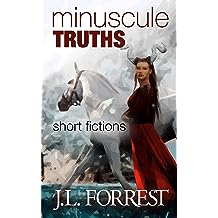 Join the warriors of the steppes, five thousand years ago.

Ten remarkable tales by award-winning storyteller J.L. Forrest, tales to shake the soul, tug the heart, or excite the mind.

Buy Minuscule Truths today, or you can read it for free with your Kindle Unlimited subscription.


Minuscule Truths is a dazzling collection from science-fiction and fantasy author J.L. Forrest.

His work has appeared in Analog Science Fiction and Fact, Crossed Genres, Third Flatiron, Alien Abduction, Tales of Woe and Wonder, A Baker’s Dozen of Magic, and others.

Like those of Neil Gaiman, Kelly Link, Ray Bradbury, or Ursula K. Le Guin, Forrest’s stories cross and bend genres. They thrill us and allow us to escape, but they also give us fresh ways to look at the world and at ourselves.