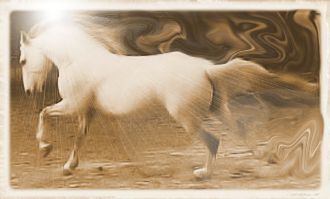 J.W. Stephens is a seventh generation, native Texan and has spent many years traveling and living in a variety of places around the state and the world. The most memorable have been the Big Bend Area of west Texas and New Orleans. The Stephens family breeds and shows National Champion Spanish Norman horses and shares their home with 6 or 7 large dogs at any given time. In 2011 the author lost 40% of the vision in one eye and realized if a novel was ever going to be produced, it was now or never!

"Chess With Carrizo" is J.W.'s first novel and the first in a planned series about Tru & Chris Marcus and their adventures with Jorge Carrizo. The cover artwork is all original work by the Texas artist, Jeran Walker. The author is currently writing the sequel to Chess With Carrizo - Carrizo's Heir. Expected release date is early summer of 2012.

The paperback version of Chess With Carrizo IS NOW available! Just $7.99 and eligible for free Prime shipping! If you don't have a Kindle or simply love the feel of a real book in your hands, the print version is here. 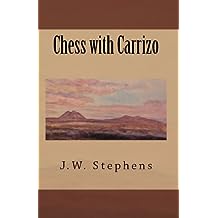 Chess With Carrizo Mar 21, 2012
by J.W. Stephens, Jeran Walker
( 13 )
$0.99
The West Texas Desert can be murder on a marriage. When Tru Marcus and a twelve year old boy in her care are kidnapped by rogue members of a Mexican drug cartel, it's up to her husband and the local sheriff to get them back. A chase leads through the night on horseback over the Chihuahuan Desert to a hidden mountain camp in Mexico and further into the Mayan ruins of the Northern Yucatan Penisula.

Chris Marcus finds that he and his wife are caught in the middle of an ugly game being played by a corrupt deputy and a suave, but very angry drug lord, Jorge Carrizo. Circumstances force an unlikely alliance with a giant, well educated, Russian bodyguard. They soon learn that a wealthy man's game board can cross half a continent and erase all ethical lines with a single phone call. Carrizo plays a deadly game of chess.
Read more
Other Formats: Paperback