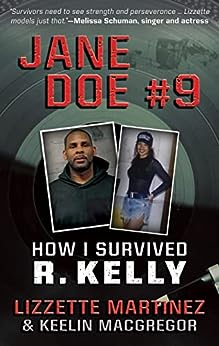 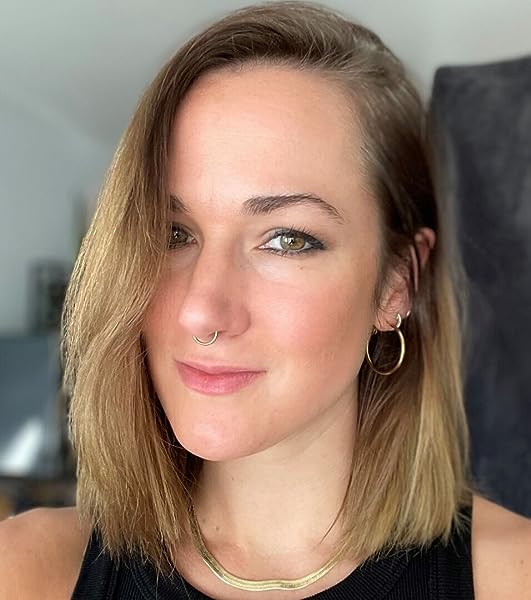 by Lizzette Martinez (Author), Keelin MacGregor (Author) Format: Kindle Edition
See all formats and editions
Sorry, there was a problem loading this page. Try again.
"Lizzette Martinez’s story embodies the fire energy that gives light and life to survivors all around her! Survivors need to see strength and perseverance despite opposition, and Lizzette models just that." -- Melissa Schuman, actress and singer

In January of 1995, 17-year-old Lizzette Martinez met Grammy-winning musician and record producer R. KELLY at Aventura Mall in Florida where he was performing. At first, it seemed that her hopes of becoming a professional singer were about to come true when he offered to help boost her career. However, this mentorship quickly turned into sexual grooming, leading to years of physical, emotional, and sexual abuse.

After struggling to free herself of the relationship and rebuild on her own, Lizzette’s successful new life, far away from the entertainment industry, was interrupted in 2017 by allegations against R. Kelly by other women. This led her to coming forward to the authorities with her own history of abuse by the music icon.

In January 2019, she participated with other survivors in a documentary series with Lifetime called “Surviving R. Kelly.” It should have been a healing experience but instead left them feeling abandoned and fearful for their lives.

In August 2021, Kelly went on trial in New York on racketeering and sex trafficking charges and was found guilty of all charges.

In JANE DOE #9 by Lizzette Martinez and Keelin MacGregor, readers get a no-holds-barred look at Martinez’s relationship with Kelly, her efforts to break free and pursue her dreams, and courage to take on her abuser and seek justice.

"Lizzette has been very courageous and persistent in her battle to make sure that R. Kelly was held accountable. I am honored to represent her." - Gloria Allred, women's rights attorney and National Women's Hall Of Fame inductee

"In twenty-one years of reporting on R. Kelly abusing his wealth and fame to prey on so many girls and young women—and it was their bravery in speaking out that finally stopped the worst predator in the history of popular music—Lizzette Martinez has always struck me as one of the strongest and most courageous. I could not admire her more, and I am eager indeed to read her story in her own words. She is an inspiration." - Jim DeRogatis, music critic, journalist, and author of Soulless: The Case Against R. Kelly
Read more
Previous page
Next page

Valerity
5.0 out of 5 stars Glad he was finally stopped
Reviewed in the United States on October 28, 2021
Verified Purchase
This was a very real and gut wrenching read from a survivor of J. Kelly and his predations going back a very long time. It details how he enticed and then attacked the then-underaged Lizzette Martinez. Along with how he strung her along by promising to help her with her music career. This is a very timely book in light of Kelly’s recent conviction on racketeering & sex trafficking charges in late September 2021.
Read more
One person found this helpful
Helpful
Report abuse

tameca
5.0 out of 5 stars Very powerful testimony
Reviewed in the United States on October 28, 2021
Verified Purchase
This book was very insightful, not only because of her history with R Kelly, but also all of the struggles she had afterwards. The relationship with her husband, the friend from high-school, that was there for her throughout her life, finally marries her and then turns out to be just as abusive. And when she is contacted by all these people who claim to want to help the survivors, and get their stories out and they treat them as if they were nothing. This story is very heartbreaking and my heart goes out to all the victims, because it seems as though they have been victimized over and over again. I read this book in one day, it touched my heart to the point where I want to mute "Surviving R Kelly" until they do right by these women that they exploited.
Read more
One person found this helpful
Helpful
Report abuse

Kirstie mastin
5.0 out of 5 stars Must read
Reviewed in the United States on November 2, 2021
Verified Purchase
This book is for anyone that has gone thru trauma, men or women. I’ve followed this since the docuseries came out and never knew lifetime did these women how they did. I have spoke to lizzette and she truly has a heart of gold. Such a sweet soul that deserves all the blessings she has coming her way. She has gone thru a lot but in the end, she is saving more girls from the trauma she has gone thru, by speaking her truth.
Read more
Helpful
Report abuse

V Davis
5.0 out of 5 stars Only the Strong survive!
Reviewed in the United States on October 30, 2021
Verified Purchase
This is such a powerful and sad story. So glad a predator was finally stopped. I couldnt put this down, but found myself crying and angry. I had to walk away and take breaks. Only the strong survive, and Lizette is definitely a SURVIVOR!
Read more
Helpful
Report abuse

Adrienne Harris
5.0 out of 5 stars Must read!!
Reviewed in the United States on November 11, 2021
Verified Purchase
This was a very great book , I couldn't put it down, I am so sorry Ms lizzette had to go through those things, she is very strong!! Amazing job with the book!! She go in depth of what actually happened to her if I could have given this book a 20 star ⭐ I would have.
Read more
Helpful
Report abuse

Latonya Thompson
5.0 out of 5 stars A page turner!
Reviewed in the United States on November 9, 2021
Verified Purchase
I couldn’t put this book down!
Read more
Helpful
Report abuse

Peggy
5.0 out of 5 stars This is heartbreaking!
Reviewed in the United States on November 2, 2021
This is heartbreaking! I have followed the story as it as come to light but reading this book... nothing compares! She is a survivor of something she should never have had to go through! My heart breaks for all the victims!
Read more
Helpful
Report abuse

Kathryn
5.0 out of 5 stars Really interesting true crime nonfiction book
Reviewed in the United States on November 1, 2021
i really found this to be a great true crime book, it was well written and I found it very investing.

I received an advance review copy for free, and I am leaving this review voluntarily.
Read more
Helpful
Report abuse
See all reviews