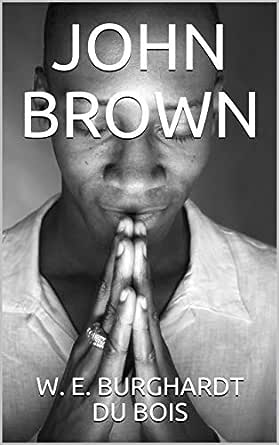 You've subscribed to The Oxford W. E. B. Dubois! We will preorder your items within 24 hours of when they become available. When new books are released, we'll charge your default payment method for the lowest price available during the pre-order period.
Update your device or payment method, cancel individual pre-orders or your subscription at
Your Memberships & Subscriptions
There was an error. We were unable to process your subscription due to an error. Please refresh and try again. 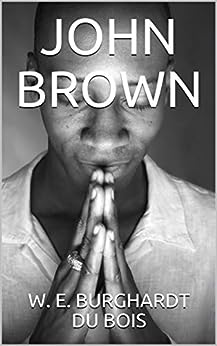 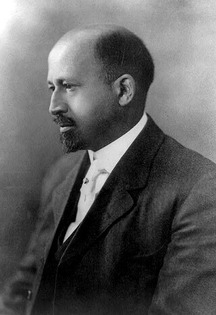 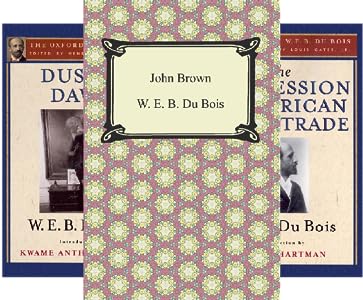 
"This set represents an invaluable assembly of the works of the pioneering African American scholar, activist, and creative genius....The introductions to the individual volumes are written by such distinguished scholars as to make those writings indispensable treasures in their own right. Recommended for all public libraries and essential for every academic institution."--Library Journal (starred review)
"This set is a valuable contribution to African-American scholarship. It has the potential to introduce a new readership to the scope and breadth of a unique and seminal thinker. The works included can provide a more comprehensive understanding of the issues now facing contemporary Americans....[A] breathtaking collection."--School Library Journal
"The general introduction and the introductions to each of Du Bois's works form a valuable opus in their own right, as they convey the author's political and social theories and indicate the richness and development of his ideas....The realities of slavery, racism, and segregation in the United States are always at the forefront, making these works (many of them out-of-print) continually pertinent and forceful reading....This set will be an essential addition to public and college libraries."--Reference and Research Book News
"This set will be vital to all large university libraries with collections in African American history and American literature." --American Reference Books Annual
--This text refers to an alternate kindle_edition edition.

Chapter I
Africa and America

“That it might be fulfilled which was spoken of the Lord by the prophet saying, Out of Egypt have I called My son.”

The mystic spell of Africa is and ever was over all America. It has guided her hardest work, inspired her finest literature, and sung her sweetest songs. Her greatest destiny—unsensed and despised though it be,—is to give back to the first of continents the gifts which Africa of old gave to America’s fathers’ fathers.
Of all inspiration which America owes to Africa, however; the greatest by far is the score of heroic men whom the sorrows of these dark children called to unselfish devotion and heroic self-realization: Benezet, Garrison, and Harriet Stowe; Sumner, Douglass and Lincoln—these and others, but above all, John Brown.

John Brown was a stalwart, rough-hewn man, mightily yet tenderly carven. To his making went the stern justice of a Cromwellian “Ironside,” the freedom-loving fire of a Welsh Celt, and the thrift of a Dutch housewife. And these very things it was—thrift, freedom, and justice—that early crossed the unknown seas to find asylum in America. Yet they came late, for before them came greed, and greed brought black slaves from Africa.

The Negroes came on the heels, if not on the very ships of Columbus. They followed De Soto to the Mississippi; saw Virginia with D’Ayllon, Mexico with Cortez, Peru with Pizarro; and led the western wanderings of Coronado in his search for the Seven Cities of Cibola. Something more than a decade after the Cavaliers, and a year before the Pilgrims, they set lasting foot on the North American continent.

These black men came not of their own willing, but because the hasty greed of new America selfishly and half-thoughtlessly sought to revive in the New World the dying but unforgotten custom of enslaving the world’s workers. So with the birth of wealth and liberty west of the seas, came slavery, and a slavery all the more cruel and hideous because it gradually built itself on a caste of race and color, thus breaking the common bonds of human fellowship and weaving artificial barriers of birth and appearance.

The result was evil, as all injustice must be. At first the black men writhed and struggled and died in their bonds, and their blood reddened the paths across the Atlantic and around the beautiful isles of the Western Indies. Then as the bonds gripped them closer and closer, they succumbed to sullen indifference or happy ignorance, with only here and there flashes of wild red vengeance.

For, after all, these black men were but men, neither more nor less wonderful than other men. In build and stature, they were for the most part among the taller nations and sturdily made. In their mental equipment and moral poise, they showed themselves full brothers to all men—“intensely human”; and this too in their very modifications and peculiarities—their warm brown and bronzed color and crisp curled hair under the heat and wet of Africa; their sensuous enjoyment of the music and color of life; their instinct for barter and trade; their strong family life and government. Yet these characteristics were bruised and spoiled and misinterpreted in the rude uprooting of the slave trade and the sudden transplantation of this race to other climes, among other peoples. Their color became a badge of servitude, their tropical habit was deemed laziness, their worship was thought heathenish, their family customs and government were ruthlessly overturned and debauched; many of their virtues became vices, and much of their vice, virtue.

The price of repression is greater than the cost of liberty. The degradation of men costs something both to the degraded and those who degrade. While the Negro slaves sank to listless docility and vacant ignorance, their masters found themselves whirled in the eddies of mighty movements: their system of slavery was twisting them backwards toward darker ages of force and caste and cruelty, while forward swirled swift currents of liberty and uplift.

They still felt the impulse of the wonderful awakening of culture from its barbaric sleep of centuries which men call the Renaissance; they were own children of the mighty stirring of Europe’s conscience which we call the Reformation; and they and their children were to be prime actors in laying the foundations of human liberty in a new century and a new land. Already the birth pains of the new freedom were felt in that land. Old Europe was begetting in the new continent a vast longing for spiritual space. So there was builded into America the thrift of the searchers of wealth, the freedom of the Renaissance and the stern morality of the Reformation.

Three lands typified these three things which time planted in the New World: England sent Puritanism, the last white flower of the Lutheran revolt; Holland sent the new vigor and thrift of the Renaissance; while Celtic lands and bits of lands like France and Ireland and Wales, sent the passionate desire for personal freedom. These three elements came, and came more often than not in the guise of humble men—an English carpenter on the Mayflower, an Amsterdam tailor seeking a new ancestral city, and a Welsh wanderer. From three such men sprang in the marriage of years, John Brown.

To the unraveling of human tangles we would gladly believe that God sends especial men—chosen vessels which come to the world’s deliverance. And what could be more fitting than that the human embodiments of freedom, Puritanism and trade—the great new currents sweeping across the back eddies of slavery, should give birth to the man who in years to come pointed the way to liberty and realized that the cost of liberty was less than the price of repression? So it was. In bleak December, 1620, a carpenter and a weaver landed at Plymouth—Peter and John Brown. This carpenter Peter came of goodly stock, possibly, though not surely, from that very John Brown of the early sixteenth century whom bluff King Henry VIII of England burned for his Puritanism, and whose son was all too near the same fate. Thirty years after Peter Brown had landed, came the Welshman, John Owen, to Windsor, Conn., to help in the building of that commonwealth, and near him settled Peter Mills, the tailor of Holland. The great-grandson of Peter Brown, born in Connecticut in 1700, had for a son a Revolutionary soldier, who married one of the Welshman’s grandchildren and had in turn a son, Owen Brown, the father of John Brown, in February of 1771. This Owen Brown a neighbor remembers “very distinctly, and that he was very much respected and esteemed by my father. He was an earnestly devout and religious man, of the old Connecticut fashion; and one peculiarity of his impressed his name and person indelibly upon my memory: he was an inveterate and most painful stammerer—the first specimen of that infirmity that I had ever seen, and, according to my recollection, the worst that I had ever known to this day. Consequently, though we removed from Hudson to another settlement early in the summer of 1807, and returned to Connecticut in 1812, so that I rarely saw any of that family afterward, I have never to this day seen a man struggling and half strangled with a word stuck to his throat, without remembering good Mr. Owen Brown, who could not speak without stammering, except in prayer.”

In 1800, May 9th, wrote this Owen Brown: “John was born, one hundred years after his great-grandfather. Nothing else very uncommon.” --This text refers to an alternate kindle_edition edition.

A moving cultural biography of abolitionist martyr John Brown, by one of the most important African-American intellectuals of the twentieth century.
In the history of slavery and its legacy, John Brown looms large as a hero whose deeds partly precipitated the Civil War. As Frederick Douglass wrote: "When John Brown stretched forth his arm ... the clash of arms was at hand." DuBois's biography brings Brown stirringly to life and is a neglected classic. --This text refers to an alternate kindle_edition edition.

A moving cultural biography of abolitionist martyr John Brown, by one of the most important African-American intellectuals of the twentieth century.
In the history of slavery and its legacy, John Brown looms large as a hero whose deeds partly precipitated the Civil War. As Frederick Douglass wrote: "When John Brown stretched forth his arm ... the clash of arms was at hand." DuBois's biography brings Brown stirringly to life and is a neglected classic. --This text refers to an alternate kindle_edition edition.
Read more