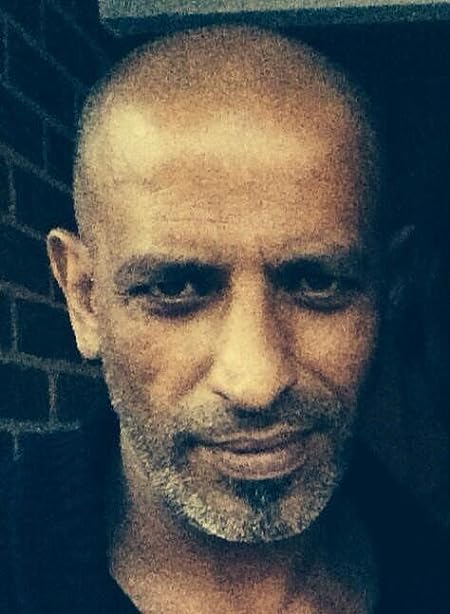 Born in Birmingham in 1962, Jorge was the eldest of six boys.

He married young and had three lovely daughters and one son. He is also now the proud Grandfather to ten beautiful Grandchildren.

He joined the Police Force in 1985 and spent 27 years of his life in the service. During that time he worked on several units, including Uniform response, Criminal Investigation Unit, Prisoner Handling, Proactive Unit, Drugs Squad, Intelligence Unit, Research & Development, Covert Human Intelligence Source handling, Test Purchase Operative, Burglary Squad and Vehicle Investigation team, and during his time with the service he received numerous awards for bravery, professionalism and outstanding work. 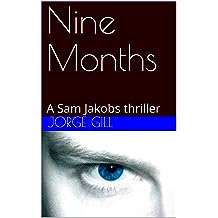 Nine Months: A Sam Jakobs thriller Aug 4, 2020
by Jorge Gill
( 9 )
$6.26
He was the washout son of a tyrant father, but had his own dreams of fatherhood. He had his own unique visions of how he would nurture his sons, beautiful babies birthed by beautiful women. He already had three sons, soon to be four, but his family aspirations require nine offspring. Only his babies had no future potentials of first words and starting school. They will not even cry. They will merely rest in jars of formaldehyde fluid, at a foetal age determined by their father. Nine jars, labelled from one to nine months. The next embryo to be cultivated through the foolish Frankie Chester.
Over three hundred and fifty thousand missing person calls are made to the Police every year in the United Kingdom. That’s one call every ninety seconds.
So when an alleged missing person, with no history of self-harming or mental disorder, calls the police to say that they have run away with a man that their parents will not approve of, and that they do not want their family to know where they are, case closed.
He knew this, so he selected his targets well, no juveniles, eighteen-year-old free spirits, the type that would. The kidnapping of the girls was the easy part, but getting them pregnant with his sons, and then taking back what was his, was just a little bit harder. 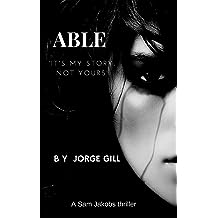 ABLE: A Sam Jakobs thriller Jan 10, 2017
by Jorge Gill
( 27 )
$2.99
I have been diagnosed so many times through the years: At six years old it was Schizoid, a few years later it was Alexithymia, then in my teens it was Bi-Polar, dissociative disorder and as I reached adulthood it was Schizophrenia, Psychopathy, Sociopathy and so many more. At the end, four different Doctors couldn’t agree, diagnosing Multi Personality Disorder, Schizophrenia and Antisocial Personality Disorder of an extreme nature, MPD, APD or the big S. Still they didn't know.
Read more
Other Formats: Paperback 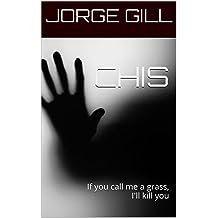 CHIS: If you call me a grass, I'll kill you May 10, 2016
by JORGE GILL
( 32 )
$2.99
Amazon UK
What is an informant? What is a grass?
Sam Jakobs is the son of heroin addicts. He is the Brother of heroin addicts. He hates drugs.
Charlie Jackson lost his son. He lost his wife. He runs the Intelligence Unit at his local Police Station.
Charlie meets Sam.
Yardie drug dealers, children going missing and least of all people being killed by a terrorist fanatic. The country is on the brink of civil war.
Can Jackson trust Jakobs, robber turned informant.
A man with his own principles.
Read more
Other Formats: Paperback