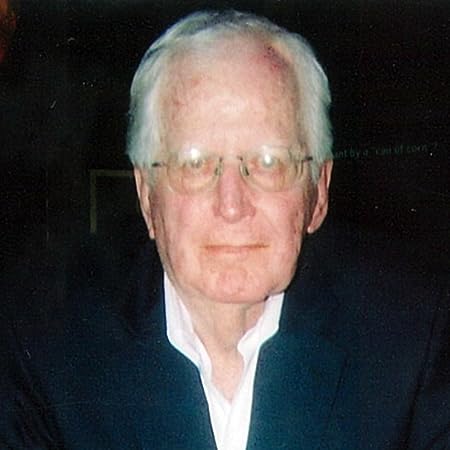 A former seminarian studying for the New York Archdiocesan priesthood in the '50s, I spent a career in broadcast television sales, followed in retirement as teacher, publisher, lay minister and for the last 20 years, free lance writer.

While living in Florida,feeling the need to respond to criticism of Catholicism, I began writing letters to the editor that led to my column writing and web postings. After moving to Cullman, Alabama, my current home, I published my first book, a collection of these writings,"When My Catholic Buttons Were Pushed".That was followed by my debut novel,"The Good Sheep",a celebration of celibacy in the priesthood. The sequel, "Immortal Enemy", is a tale of the devil following the good sheep in his first year as a priest. "Grove House", my first commercial fiction, is a story of retirement,murders and returning from the dead."Dreamers" the sequel short story is about people who dream they were dead. I have just finished my sixth book, "Believing Is Seeing",a short story about a monsignor whose claim that Christ appeared to him in his garden saves the parish from being closed by the Cardinal.Did he see Christ or was he faking? The surprise ending helps answer that question. . 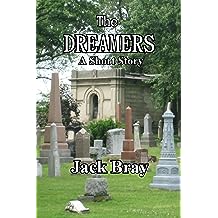 It has happened to all of us. We see someone who looks familiar and it drives us crazy trying to remember where we had met them or who they were. Often they resemble celebrities or someone we knew well. What if these ‘look-alikes’ were actually the person we thought they were, but we were certain had died? What if everything around us, the world we live in, were all in our mind and we were experiencing it after we had died and everyone who looks familiar to us is also dead and we are in their minds?

And we didn’t know it.

In a little town in north Alabama, in a house built in the 1600s, a belief that we do indeed come back from the dead and experience another “life” remains as strong as it was when the German founders brought it to America. A small group of people who shared the burden of dreaming of their deaths gather to discuss their experiences. Calling themselves “ Dreamers” because they all have dreamed they already died, they are suddenly visited by someone who not only validates their feelings but startles them with even further news.

“Dreamers” is the sequel to “Grove House” where it all began. It will leave the reader wondering whether everything described in these few pages is possible. 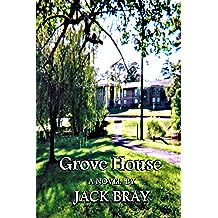 Grove House Jul 22, 2013
by Jack Bray
( 11 )
$0.99
After 25 years of marriage, Jim O’Leary is suddenly divorced and fired almost simultaneously. Depressed and unable to find work at the age of 62, he decides to retire and move to Grove House, a retirement home in Denham, Alabama. Soon after moving in, strange experiences complicate his dealing with the onset of Alzheimer’s. After what he believes are so many unusual deaths, he begins to wonder about what he’s seeing and feeling. Were all of these just figments of his imagination or evidence of the history of Grove House? He begins writing a novel about it. Seeing his daughter, Norah, visit after a twenty year estrangement compounds his confusion. Is she, too, a figment?
Norah tells him she is on her way to NYC to sign a book deal and promises to return. At lunch with the publishing chief, she learns he could be a ‘Comeback’, someone who returned from the dead as they were in life for reasons known only to God. It was a belief that began with German founders of Grove House in the 1600s. Her father wrote about it in his book. The possibility of the dead returning far exceeds her excitement with signing a generous publishing contract. Even though a psychiatrist and priest in NYC pooh-pooh the belief, she is obsessed with the possibility. Do some return? Were they his imaginings? Were there murders?
With the feeling of “The Others” and the shock of “Psycho”, “ Grove House ” is a tale of what might happen as we age and settle in a place that’s even more unsettling and a tale of strange beliefs that may not be so strange after all. 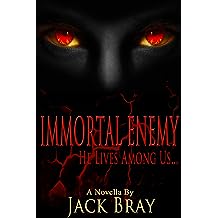 Immortal Enemy Jun 28, 2012
by Jack Bray
$0.99
This is the story of a young priest who has a weakness for women. As a celibate, he fights temptation all the time. After a terrible year before ordination when he was pursued by a lady friend obsessed by the devil, who commits suicide because she failed to win him, he thinks he sees and hears the devil urging him to sin and warning him to stop his vendetta against his pedophile colleague whom he has caught in the act. He gets his colleague arrested and brought to trial. During the trial, he has a bad accident and falls into a coma. He experiences being with the devil during the coma when he believes he is in hell. The devil proposes a deal he thinks he can’t refuse. Will he accept, will the jury find the pedophile not guilty, will the woman realize her lust for him? Is she in fact the devil himself using her to contaminate him? It is the timeless story of good versus evil, the serpent and temptation in the garden of Eden, the battle with the immortal enemy.
Read more 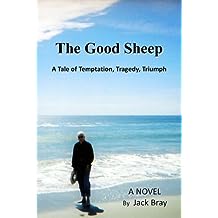 The Good Sheep Aug 23, 2011
by Jack Bray
( 4 )
$0.99
This is a tale of temptation, tragedy and triumph.It is a story of a seminarian who,despite the temptation of a beautiful woman friend, endures her demonic obsession and suicide and triumphs with his ordination. It is a suspenseful story with twists and turns and dramatic scenes and it has an unpredictable and surprising ending.
Read more