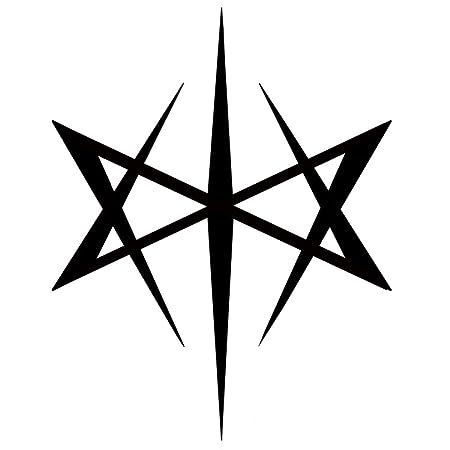 Jack Thanatos is a visionary of a fictional existence, a specter of Reality. He mentally harbors the world around him, watching the strings pulled and writes a supernatural infused version of what he sees. Real life has a way of getting away from us with the daily grind forcing us away from what we truly wish for ourselves.

Jack merely wishes to bring the world back to one of simpler means, a world governed by ancient gods and new deities pulling the strings that normal folks shouldn't naturally have the ability to even know about. A world where the Dreaming and Reality can work together as friends with benefits. A world where cyberspace is a place that can be physically traversed.

The Djinn universe will encompass each and every entry into Jack's anthology. The characters will work within the same limitations (or lack thereof). The hope is that once this is all done, every reader will look at the fragile existence around them with a slightly more skeptical attitude, that maybe these beings could really be hanging out behind the scenes. 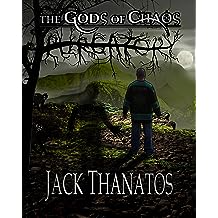 Purgatory (The Gods of Chaos Book 3) Jul 14, 2016
by Jack Thanatos
( 6 )
$4.00
After living through the many perilous dangers that Netherworld had to offer, Jack, Deny, and Freya were starting to understand this Djinn lifestyle was riddled with massive issues. A war between the two Djinn factions, the Oneiroi and the Mercury Corporation, was looming on the horizon. The man provoking the conflict, Old Dirty Willie, believed he had been betrayed by the leader of the Oneiroi, Thanatos.

Unfortunately for Jack, Willie had discovered Thanatos’s favoring of him over other newly-inducted Djinn apprentices, making Jack his main target.
With the help of the New Gods, Jack’s crew is given a whole new set of metaphysical tools to help defend against Willie’s devious tactics. This globe-trotting adventure leads Jack and his friends to every corner of the Earth in search for ancient relics to help them ascend into the Djinn ranks. But with Willie biting at Jack’s heels at every turn, will Jack survive the voyage, or will Old Dirty Willie exact his revenge on Thanatos’s protégé?
Read more
Other Formats: Paperback 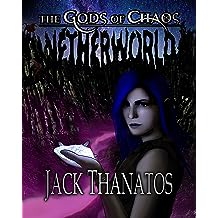 Netherworld (The Gods of Chaos Book 2) Oct 3, 2014
by Jack Thanatos
( 21 )
$4.00
Jack and Deny were on the cusp of understanding the ramifications of their life-altering decision to join the Djinn. The Dreaming was used as a crash course, with the New Gods providing the instruction. They were enthusiastic students, eagerly eating up every glorious morsel of training they were given.

But now, immediately following an agonizing transition through the ether, they find themselves in chilling territory. Standing knee deep in severed human limbs, the terror became all too real as they discover this was not another manifestation conjured within the Dreaming. The inky blackness of Netherworld had been revealed, and it’s up to them to figure out why they were here.

Netherworld picks up immediately after Dreaming left off. Jack and Deny must find a path through the baffling organic obstacle course to learn what their next step into the Djinn life entails. With a lovely Magi named Freya providing much needed information and guidance, they learn that Netherworld’s precarious secrets are more dangerous than they could’ve imagined.
Read more
Other Formats: Paperback 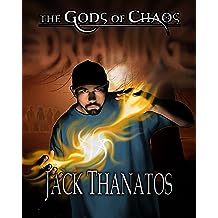 Dreaming (The Gods of Chaos Book 1) Nov 29, 2013
by Jack Thanatos
( 47 )
$3.00
When it comes to the Djinn, very few people pay attention to their intrusive presence. They come and go with ease, utilizing the Dreaming as a means to interact with whomever they wish. Jack was no exception, blissfully unaware of these entities watching him from his dreams. Slacking his way through his mid-20’s, he savored the entertainment that his idling friends and recent gang activity sprinkled into his life. He had no motivation or desire to move onto bigger and better things.

That was, until one Djinn stepped out from the background of the Dreaming and finally introduced himself. Skeptical at first, Jack dismissed the chance occurrence until he was handed tangible proof in Reality. A special handbook entitled “The Grimoire” was the gift, and it was designed to unlock the gateway into the Djinn life.

In this dark, cynical, twisted urban fantasy, Jack’s wildest nightmares are about to come true. The rigid line between Reality and the Dreaming had been permanently blurred. The Djinn had Jack hooked like an adrenaline addict, and all he could do is go for the ride of his life. Will the Dreaming be too much for him to handle?
Read more
Other Formats: Paperback 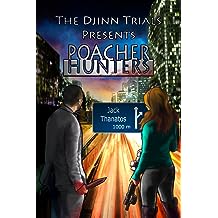 Poacher Hunters: A Supernatural Action Thiller (The Djinn Trials) Dec 15, 2015
by Jack Thanatos
( 14 )
$4.00
In the sewers is no place to wake, but Belial’s initiation into the Djinn life left him few choices. He survived a brutally violent battle and desperately needed a hiding place. His Djinn-given abilities healed him physically, but deep mental scars haunted him.

A Djinn organization, The Oneiroi, sent in one of their newest recruits, Eris, to track Belial. Her unique honing ability located him with ease. Fortunately for Belial, she wasn’t the enemy. The Oneiroi were providing transportation and weapons, as well as a target, The Mercury Corporation, and they requested Belial’s assistance. The hazing was over.

From the Midwest of the US, to the reserves of South Africa, and into the underbelly of Rio De Janiero, they go on the hunt. A ferocious and bloody path is carved through a ring of poachers and human traffickers. Belial and Eris’s take-no-prisoners attitude would be tested to the core when the truth behind The Mercury Corporation’s motive is far more complex than anything they could have imagined.
Read more
Other Formats: Paperback 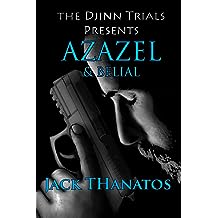 Azazel & Belial (The Djinn Trials Book 1) Feb 12, 2015
by Jack Thanatos
( 18 )
$4.00
Azazel and Belial made life rough for themselves. In the world of the Djinn, Mephistopheles is their Devil. He has decided to send them right through the meant-grinder to see what they are truly made of in this double feature of blood-soaked thrillers.

Azazel:
Spending his years in an alcoholic daze, Thomas has become oblivious to how badly his life has fallen apart. Lucky for him, Mephistopheles has decided to give a much-needed wakeup call. Now, all he has to do is endure 24 hours of revisiting all the sins of his past.

Belial:
Johnny loved living the adrenaline-fueled life of the gangs. His mischievous world is about to flip upside down as Mephistopheles spikes his senses with a sin-eating ability. It is up to Johnny to survive his crude, wild, and unrestrained introduction into the Djinn ranks, or die trying.
Read more
Other Formats: Paperback