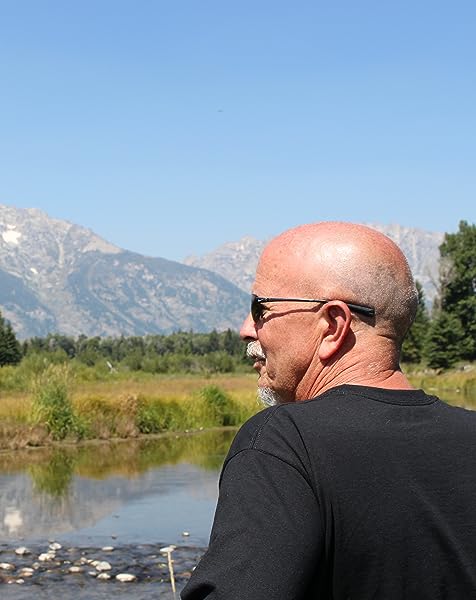 Jackie's Newport: America’s First Lady and the City by the Sea Hardcover – June 1, 2019

by Raymond Sinibaldi (Author)
4.2 out of 5 stars 33 ratings
See all formats and editions Hide other formats and editions
Read more Read less
Inspire a love of reading with Prime Book Box for Kids
Discover delightful children's books with Prime Book Box, a subscription that delivers new books every 1, 2, or 3 months — new customers receive 15% off your first box. Learn more.
click to open popover

"She truly is a National Treasure..." Sinibaldi "captured it all, beautifully and heart wrenching at the same time...Great writing." Paula S.
"If I knew nothing of this event I would be able to picture it in full color and in every detail because of Sinibaldi's words. Amazing. Beautifully written." Lynda F.

"It only took about three weeks after the inauguration," wrote Jackie's social secretary, Tish Baldridge, "for those of us in the White House to realize...we had a huge star on our hands."  Jackie received nine thousand letters per week, mostly from women wanting to know everything from her brand of shampoo and lipstick color to how many rollers she put in her hair at night and what baby food she fed little John.
Jacqueline Bouvier Kennedy was thirty-one years old when she entered the White House as First Lady of the United States. She was the third youngest woman to serve in that capacity and the first to be born in the twentieth century. By the summer of 1961 she had: captivated the Canadians, enraptured Charles de Gaulle and beguiled Nikita Khrushchev. In the words of one seasoned diplomat she "proved herself more valuable to United States prestige than ten divisions."
A woman of unfathomable inner strength; she had weathered the loss of three children and the difficulties of a marriage that, at times, appeared doomed. By all accounts, the death of her son Patrick in August of 1963, had served as a catalyst, bringing her and Jack closer than they'd ever been.
She awoke filled with hope the morning of November 22, 1963 and hours later she was reaching for him when a bullet tore through his brain. Summoning strength and courage while overwhelmed with a paralyzing, numbing grief, she guided her children and the country through four of the darkest days in its history.
Refusing to accept no for an answer she set about to shape her husband's legacy taking on, among others, the Secret Service, the church hierarchy and J Edgar Hoover along the way. It is my hope that Jackie's Newport will bring a deeper understanding and appreciation of the woman whose life continues to touch and inspire, not only Americans, but people around the world.

Raymond Sinibaldi was marked by the life and administration of John F. Kennedy. A seven year old third grader when Kennedy was elected president in 1960, the young president's call to action stirred him as a little boy. A family visit to Washington DC in 1962 stoked the already burning fire and American history became a lifelong passion. Like so many Americans, he was crushed by the assassination of President Kennedy and since then the New Frontier has been a focal point of interest and study. For three years he served as a docent at the JFK Library and recently retired as an American History teacher. His passion for history, baseball and the life and times of John F. Kennedy has led to the authorship of eight books. In this effort he turned to Jackie. Enamored with her inner strength, courage and dignity, he explores her remarkable life and its impact on the country, the world and her beloved Newport. Sinibaldi lives in Venice, Florida and travels frequently to Newport, Rhode Island.
Read more

Start reading Jackie's Newport on your Kindle in under a minute.

Kathy Crosby
2.0 out of 5 stars Great story, bad writing
Reviewed in the United States on June 8, 2019
Verified Purchase
I try to read all things possible about Jackie. This book does tell a story, but the poor writing makes reading the book a trying, arduous experience. But, if you are interested in Jackie, this probably (or possibly) should be included in your list of things to read about her.
Read more
11 people found this helpful
Helpful
Comment Report abuse

SHOPFREAK
4.0 out of 5 stars Title is misleading
Reviewed in the United States on June 27, 2019
Verified Purchase
I enjoyed the book but there is really nothing about the history of Newport which is what I expected. Not too much new info here, detailed part about the asassination and its aftermath. I love to read about Jackie and am glad to have this in my collection. But I think the book should have had a different title.
Read more
6 people found this helpful
Helpful
Comment Report abuse

Rachael J Adams
5.0 out of 5 stars Wonderfully written story of Jackie’s grace and dignity.
Reviewed in the United States on June 6, 2019
Verified Purchase
Just in time for summer vacation, this is the perfect summer read.

The story of Jackie Kennedy, First Lady: the woman who enthralled the nation and the world. You will be moved and amazed by this woman who embodied class and dignity when most of us would have crumbled. The book chronicles her time as the First Lady and the many heartaches she endures, including a detailed description of how she handled herself, her family, the nation and the world in the hours following her husbands assassination.

Read her story, and fall in love with Jackie all over again.

Mary F. McIntosh
5.0 out of 5 stars A window into the soul of beautiful lady!
Reviewed in the United States on June 14, 2019
Verified Purchase
This story is beautifully written. A read for every young woman. The author does an excellent job in conveying - how with grace and dignity, a Lady Jackie Kennedy carried our nation through one of the most difficult times in its history, all the while having to deal with her own pain and sadness. I clearly saw how Newport was her safe haven, which she carried in her heart when not physically there. Mary
Read more
3 people found this helpful
Helpful
Comment Report abuse

Amazon Customer
5.0 out of 5 stars I highly recommend this book!
Reviewed in the United States on July 9, 2019
Verified Purchase
I absolutely loved this book and being able to learn about Jackie as I was not born! So it was en excellent way to learn more about her and her bravery and how she dealt with so much at such a young age.
Read more
2 people found this helpful
Helpful
Comment Report abuse