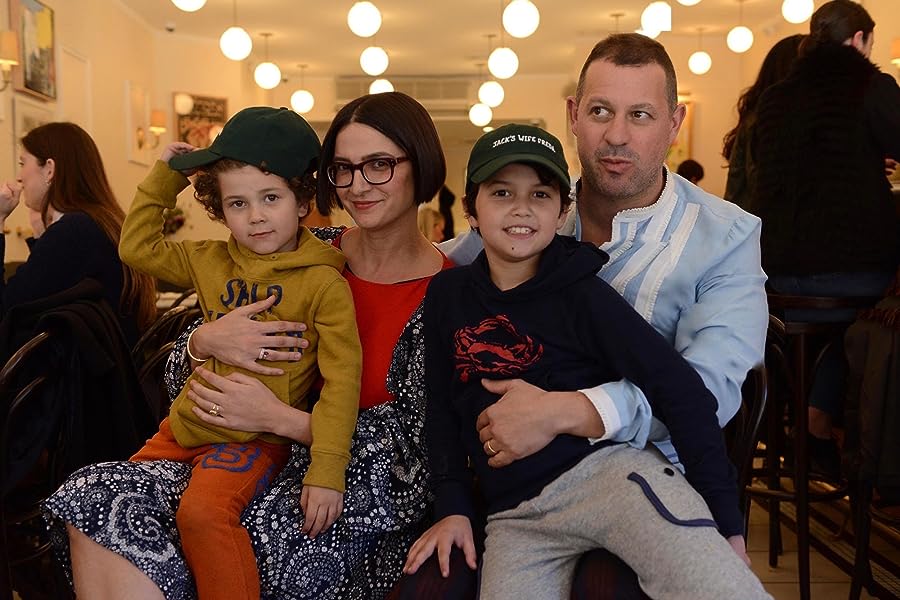 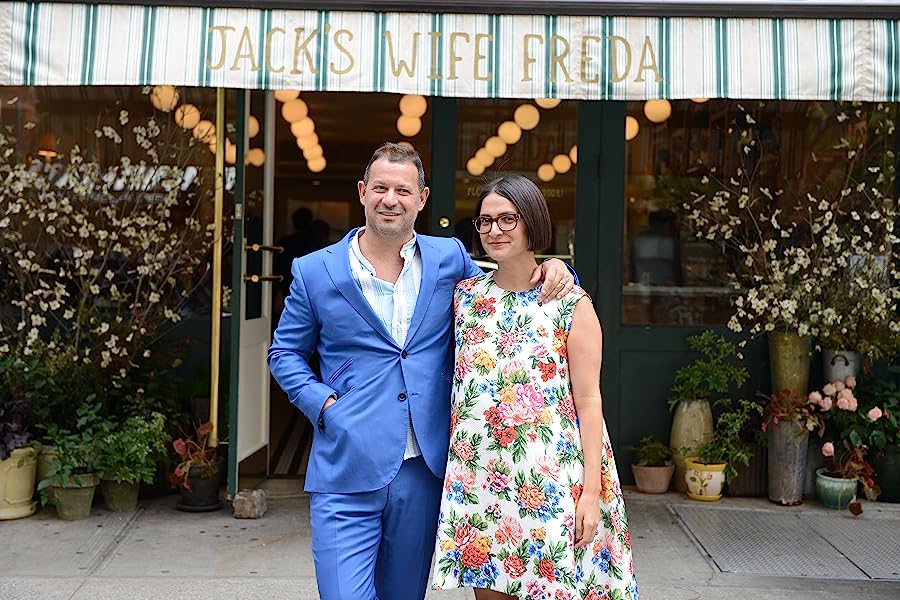 -3⁄4 cup packed brown or other preferred.

-Zest and juice of 1 lemon.

We change our crisp seasonally depending on what fruits are the ripest and most abundant. You can substitute any fruit in the recipe below. We’re particularly partial to stone fruit season in late summer, so this nectarine and plum iteration is one of our favorites. Add a dollop of labneh and a drizzle of honey before serving.

Use a 9-inch glass, ceramic, or metal pie dish to bake the crisp. Preheat the oven to 350°F. Cut the nectarines and plums into wedges, discarding the pits. Add 1⁄2 cup of the brown sugar to the fruit and stir to combine. Add the lemon zest and juice and 2 tablespoons of the flour to the fruit and mix well. Let the fruit sit for a few minutes, then transfer to the pie dish, making sure to stir the fruit once before transferring.

In a small bowl, combine the remaining ¾ cup flour, the oats, remaining 1⁄4 cup brown sugar, the cinnamon, and the salt. Using a pastry cutter or your fingers, work the butter into the flour mixture until it comes together and small pea-size lumps begin to form. Cover the fruit with the topping and refrigerate for 20 minutes. Put the pie dish into the oven on top of a baking sheet to catch any juices that overflow. Bake for 1 hour to 1 hour and 15 minutes, or until the topping is golden brown.

“Melding South African flavors, Parisian mainstays, Israeli side dishes, Greek standards, and Jewish home cooking…with the magic of the restaurant bottled up in the new cookbook Jack’s Wife Freda, I’m finally able to replicate the experience at home…no matter which way you slice it, these recipes are pretty damn good.”
—Carlye Wisel, TASTE

“Jack’s Wife Freda portrays the restaurant’s homey vibe with airy, sun-drenched photographs…There’s crispy fried gefilte fish, and chicken soup floating with savory duck-fat matzo balls. The dishes in the cookbook are unfussy and bright, translating seamlessly to the home kitchen because the restaurant itself is essentially an extension of the Jankelowitzes’ home.”
—Leah Koenig, Tablet

“Thanks to Dean and Maya's new cookbook, we now can get our hands on some of their most-loved recipes.”
—Epicurious

“A gift to the hungry masses… Jack's Wife Freda: Cooking From New York's West Village is sure to be the must-have of any well appointed New Yorker's library…Whip up your favorite menu standbys at home - from the always classic Madame Freda (Chrissy Teigen's personal fave) to the ever delicious Green Shakshuka.”
—Guest of a Guest

“The new Jack’s Wife Freda cookbook…showcases how to make the eatery’s signature dishes. Loaded with enticing photography, playful illustrations, and personal input from family, friends, and staff, this book celebrates the community that Jack’s Wife Freda has fostered—and invites you to join.”
—Nylon

“Walking into Jack’s Wife Freda feels like a big, warm hug. Maya and Dean serve food you want to eat, anytime, any day. Though I’ll never stop parking myself at their restaurants, I can’t wait to re-create their favorites (and mine) at home.”
—Jessica Seinfeld, bestselling author of Deceptively Delicious, The Can’t Cook Book, and Food Swings

“Jack’s Wife Freda, even with its infamous long wait lines, has retained the spirit of not just a neighborhood joint that welcomes with a smile anyone who’s willing to stop in, but has gone so far as to make you feel like family.”
—Leandra Medine, ManRepeller.com

“Cooking from the Jack’s Wife Freda book is a close second to experiencing the hugely popular modern South African/Middle Eastern/Jewish mash-up restaurant IRL. The pages are a mix of beautifully shot recipes (many of them customer favorites from the menu), helpful how-to’s (including how to make your own duck bacon), and fun, behind-the-scenes shots of the restaurants, which reflect the warmth and happy atmosphere locals love so much … Some [recipes] take a bit of time to make, others are quick—and all are easy to follow and seriously delicious.”
–goop

Dean and Maya Jankelowitz are the co-owners of Jack’s Wife Freda, the wildly popular pair of identically named restaurants in New York City’s Greenwich Village and Soho neighborhoods. They have two children and live in downtown Manhattan.

Julia Jaksic attended Le Cordon Bleu in Chicago. She cooked at several restaurants there, before moving to Manhattan to work with Missy Robins at the SoHo Grand Hotel. She became Chef of Employees Only in 2006, where she is currently Executive Chef and consultant. She works as a consultant on various restaurants in New York City, Brooklyn, and with the Jack’s Wife Freda restaurants in SoHo and the West Village. Jaksic specializes in fresh, simple flavors and slow food cooking. She learned butchering from her father, who worked in New York’s Meatpacking District in the 1970s, and is producing a documentary inspired by her childhood in butcher shops about the production of food in America. Jaksic lives in New York and Nashville, Tennessee.
Start reading on your Kindle in under a minute.

4.8 out of 5 stars
4.8 out of 5
52 customer ratings
How does Amazon calculate star ratings?
Amazon calculates a product’s star ratings based on a machine learned model instead of a raw data average. The model takes into account factors including the age of a rating, whether the ratings are from verified purchasers, and factors that establish reviewer trustworthiness.

Monaco
2.0 out of 5 stars Way too many photos of restaurant
Reviewed in the United States on December 31, 2017
Verified Purchase
So disappointed when this book arrived. This is a case of the buyer not bewaring. It was listed on some "best cookbooks in 2017" lists. I love books like this and thought I would love this too. Very ordinary recipes--like avocado toast--and a whole page on how to soft boil an egg. Also WAY TOO MANY photos of the restaurant and people in the restaurant. Giving a sense of local flavor is fine, but this is too much. I imagine people who love the restaurant may love this approach. I never return books I order online. I am returning this one.
Read more
10 people found this helpful
Helpful
Comment Report abuse

Kristi
5.0 out of 5 stars Beautiful book from a fabulous restaurant!
Reviewed in the United States on May 6, 2017
Verified Purchase
Better than expected! Wonderful photos and all the recipes from my fave menu items, as well as beverages. Since I'm on the west coast, and can't just pop in to the restaurant, I can now whip up an impressive brunch at home.
I thought this would be a paperback, but it's got a washable soft cover. Kinda like a kid's book. Love it!
Thanks for the beautiful addition to my kitchen!

Amazon Customer
5.0 out of 5 stars Take me back to New York
Reviewed in the United States on May 24, 2017
Verified Purchase
This book took me and my wife back to NEW YORK, my wife found jacks wife Freda whilst staying in New York and we fell in love with it.
When we found this book we had to get it and it hasn't disappointed, great recipes and great visuals to go along with them make this book so good,
If you have been to jacks wife you will see all the favourites in this book even there classic drinks. Well worth the purchase!

Rayna Gillman
5.0 out of 5 stars Yummy to read, to look at, and to cook fro
Reviewed in the United States on May 29, 2017
Verified Purchase
A gorgeous book that is beautifully photographed and a pleasure to read. I've already started to make some recipes from this very special collection. A must-have for any good cookbook collection!
Read more
3 people found this helpful
Helpful
Comment Report abuse

Dhana Rae
5.0 out of 5 stars 2 thumbs up
Reviewed in the United States on April 14, 2017
Verified Purchase
Beautiful book with great stories, lots of pictures and enough recipes to keep me busy without being over whelmed with choices. I am 100% glad I bought this one. Thank you Prime for a great price too.
Read more
4 people found this helpful
Helpful
Comment Report abuse

Rose D'Angelo Designs
5.0 out of 5 stars Does not disappoint!!! Absolute perfection!
Reviewed in the United States on August 16, 2017
Verified Purchase
Outstanding!!!! My family has been loving every recipe we've made so far!!
Read more
2 people found this helpful
Helpful
Comment Report abuse

Dave MC7
5.0 out of 5 stars Great Book
Reviewed in the United States on September 17, 2018
Verified Purchase
Bought for my wife. Yes she loves it and we have made a few items that turned out great! We bought it thanks to a friend of ours that is a great cook and she recommended highly. She is such a good cook that was all I needed to orderit and have been well satisfy with the purchase.
Read more
Helpful
Comment Report abuse
See all reviews from the United States

Christin
5.0 out of 5 stars Thanks for bringing your awesome food to Germany
Reviewed in Germany on April 5, 2017
Verified Purchase
Jack's wife Freda is my favourite breakfast place in New York. Their Rosewater Waffles and their Cantaloupe Juice are amazing. Now, I can finally have it in Germany, too.
Read more
One person found this helpful
Helpful
Sending feedback...
Thank you for your feedback.
Sorry, we failed to record your vote. Please try again
Report abuse

jane gordon
4.0 out of 5 stars Don't leave the amazon box in the rain
Reviewed in Canada on January 7, 2020
Verified Purchase
Book is wonderful but the package should have been put by our front door not on the steps still in the rain...good thing I was home
Read more
Helpful
Sending feedback...
Thank you for your feedback.
Sorry, we failed to record your vote. Please try again
Report abuse

Page 1 of 1 Start overPage 1 of 1
This shopping feature will continue to load items when the Enter key is pressed. In order to navigate out of this carousel please use your heading shortcut key to navigate to the next or previous heading.
Back
Next
Pages with related products. See and discover other items: african village, instagram books, grain bowls, chef cookbooks, yogurt recipes, tv show books