You've subscribed to The Jackson Speed Memoirs! We will preorder your items within 24 hours of when they become available. When new books are released, we'll charge your default payment method for the lowest price available during the pre-order period.
Update your device or payment method, cancel individual pre-orders or your subscription at
Your Memberships & Subscriptions
There was an error. We were unable to process your subscription due to an error. Please refresh and try again. 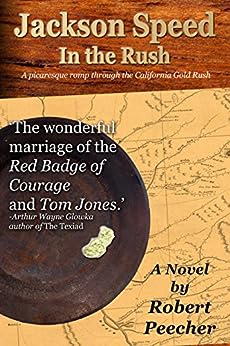 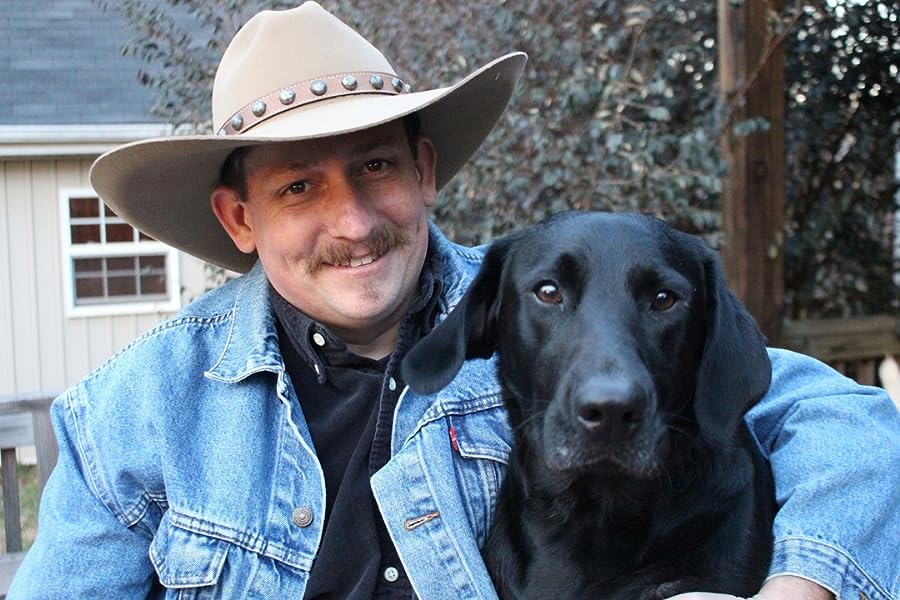 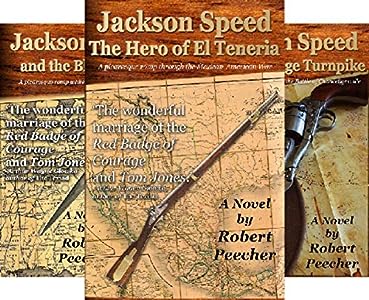 Chris Botkin
5.0 out of 5 stars "In the Rush" Strikes Gold
Reviewed in the United States on June 17, 2017
Verified Purchase
Oh, to be as infernally lucky as Jackson Speed! Not only lived he a life well and lustily, he found a willing and able scribe in Robert Peecher to immortalize his adventures. Our man Jack was an eater of (ahem) peach cobbler, war hero, killer of assassins, bigamist, bandito bane and gold-rush-rich -- all at the age of nineteen. Incredibly, Peecher makes it credible.

Book Six in the series, "In the Rush" takes place immediately following Book One. Readers are excused for forgetting Jackson Speed has not yet led fugitive slaves on the Underground Railroad or saved Lincoln as a Pinkerton Detective or fought for both sides in the Civil War. He has the self-assurance of one who has already done those things, and the only immaturity he shows is indecision, as he weighs 75% wanderlust against 25% homesickness.

Being without a plan leaves Speed open to opportunity, and he sees it when he receives early word of gold found in California. In his travels, he makes the acquaintance of people he can and cannot trust, and he has the knack of knowing which are which. To his peril, however, he seems to lack the knack for avoiding those he cannot trust.

Skillfully woven throughout is the grand story of the mid-nineteenth-century American West. The lawlessness, the slow pace of travel and communication, the freedom and the hard work all combine to build a nation. Peecher is a history professor by avocation if not vocation, and through the ruse of Speed's "memoirs" he brings the past to life so vividly trail dust shakes out from the pages into your lap, even if your New Orleans silver dollars are no good in gilded San Francisco.

Despite being on vacation on the beach, I ripped through "In the Rush" in mere hours. Like the earlier books in the series, this one is inviting, informative and damned funny. Jackson Speed is now firmly one of my favorite literary characters, and I hope there remain crates of his memoirs not yet edited by Robert Peecher.
Read more
Helpful
Report abuse

ArtofJoy
5.0 out of 5 stars This book is one of my favorite Jackson Speed books.
Reviewed in the United States on November 29, 2017
Verified Purchase
This book is one of my favorite Jackson Speed books. I enjoyed reading about the gold rush and the dangers and the hard life that the miners had to endure and how Jackson Speed and Eliza survived attacks by the banditos. I lived in Madison, GA for about 9 years and had heard that General Sherman did not burn Madison as he went through Georgia and had destroyed the other towns in his path. No one knows for sure why Madison, GA was spared but Jackson Speed described his part in how he saved Madison from destruction in his memoirs. I recommend this book to anyone who would like to have a better idea of what life was like in the 1850’s along with the exciting adventures of Jackson Speed.
Read more
Helpful
Report abuse

Ken Keller
5.0 out of 5 stars Great book for lovers of history
Reviewed in the United States on November 17, 2019
Verified Purchase
Jackson remains my hero! From the hot dry dusty plans of North Texas to Indian Country, across the Rockies and the Sierra Nevadas, Jackson makes his way, lady after lady, adventure after adventure dodging arrows, bullets and knives. And hits god in the process.
Read more
Helpful
Report abuse

phillip bynum
5.0 out of 5 stars Great read!
Reviewed in the United States on July 10, 2018
I have read everyone of robert Peecher's books. I am anxiously waiting for the next one to come out.
Read more
Helpful
Report abuse

Kindle Customer
5.0 out of 5 stars WOW! What a ride!
Reviewed in the United States on June 7, 2018
This is the Jackson Speed memoir I was most anxious to read, and it was better than I could possibly imagine. I'll miss my daily dose of Speed, but he'll be around as long as folks keep discovering this treasure trove of history and adventure.
Read more
Helpful
Report abuse
See all reviews