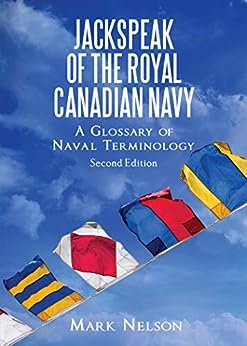 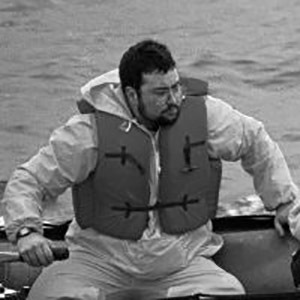 Jackspeak of the Royal Canadian Navy: A Glossary of Naval Terminology Kindle Edition

by Mark Nelson (Author) Format: Kindle Edition
See all formats and editions
Sorry, there was a problem loading this page. Try again.
From aback to ZizEX, the second edition of Jackspeak of the Royal Canadian Navy gives readers a chance to fill their boots with the colourful language of Canada’s senior service.
Read more
Previous page
Next page

"A delightful read, for both mariners and non-mariners alike! Despite having over 25 years in the Royal Canadian Navy, I learned a few new terms reading this book. The author, who first introduced me as a very green Ordinary Seaman to the Naval world, has done a wonderful job capturing the unique nature of Naval speak. I would recommend this book to any new and even seasoned sailors to gain a better understanding of life at sea."
-- Commander Jason Karle, OIC Sea Training (Atlantic) - Patrol, RCN

"Today's RCN needs this book as a bridge between the experienced sailors and the new entries ... An outstanding resource!"
-- Chief Petty Officer Chris Radimer (retired)

"It's wonderful to see such an outstanding collection of the words and phrases I have passed on to many young sailors in my forty-three years of naval service."
-- Chief Petty Officer Fred Haight (retired)

Since first jumping into a pair of uni-bags on Canada Day in 1980, the author has been forever fascinated by the language of the Navy. After 26-years of undetected crime, awarding a bright red ribbon with a bullet hole, two different sailor suits, two different MOCs, six different ranks, serving in steamers, sweepers, tankers and pigs, as well as fleet schools on both the left and right coasts, and then finally landing back in the middle... SITREP: Enjoyed every minute of it.

Mark Nelson first joined the Canadian Navy on Canada Day in 1980, at HMCS Chippawa, Winnipeg. He trained first as a Radar Plotter and later as a Naval Combat Information Operator. After 26-years of service, serving in almost every platform the Navy owned, plus different stints in fleet schools on both coasts, he finally landed back in Winnipeg as Coxswain of HMCS Chippawa. Today, he works at Red River College in Winnipeg as the Library Systems and Services Coordinator. He is also a part-time teacher, web site developer and author. Whiskey 601 is Mark's first novel.

Mark Nelson’s Festivus knowledge has been quoted in national media such as the Los Angeles Times and USA Today. You may have heard him speak about Festivus on your local radio station such as Kenosha KLIP, WCBS National Radio and KSRO Sonoma. He has a great radio voice, like a cross between James Earl Jones… and Mr. Furley from Three’s Company. Webmaster of FestivusWeb.com in his off-hours, he spends his days working in a library. You know that little stamp? The one that says "Library"? Well, that may not mean anything to you, but that means a lot to him. One whole helluva lot. He would probably go on strike for a bagel, and often contemplates how cold cuts should be sliced thin so the flavor has nowhere to hide. His ultimate idea of comfort is to be ensconced in velvet and eating a block of cheese the size of a car battery.

Claude
5.0 out of 5 stars A great Navy reference book
Reviewed in Canada 🇨🇦 on November 22, 2022
Verified Purchase
After many years in the Navy, I still learnt a lot.
It was great to get all that background on the source of words and sayings
Read more
Report abuse

John
5.0 out of 5 stars Great reference for those just joining the RCN
Reviewed in Canada 🇨🇦 on August 27, 2019
Verified Purchase
Just the ease of use of the reference.
Read more
Report abuse