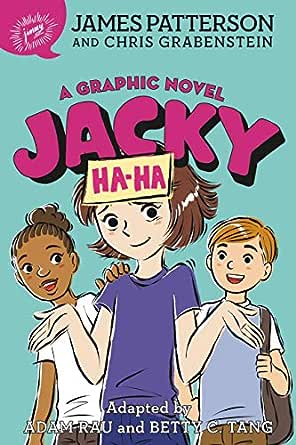 You've subscribed to Jacky Ha-Ha! We will preorder your items within 24 hours of when they become available. When new books are released, we'll charge your default payment method for the lowest price available during the pre-order period.
Update your device or payment method, cancel individual pre-orders or your subscription at
Your Memberships & Subscriptions 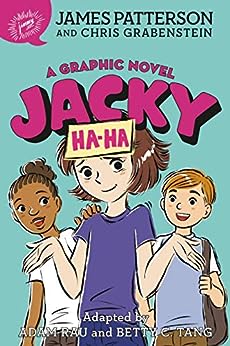 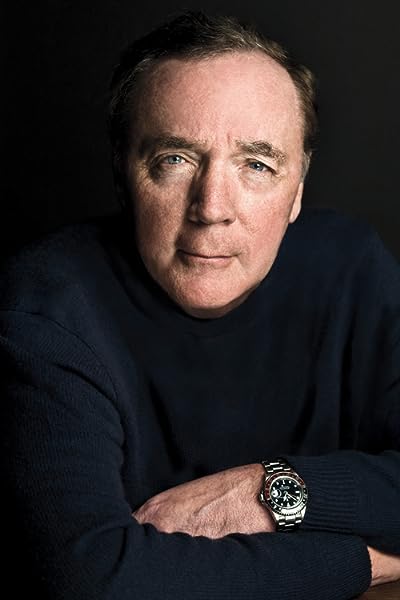 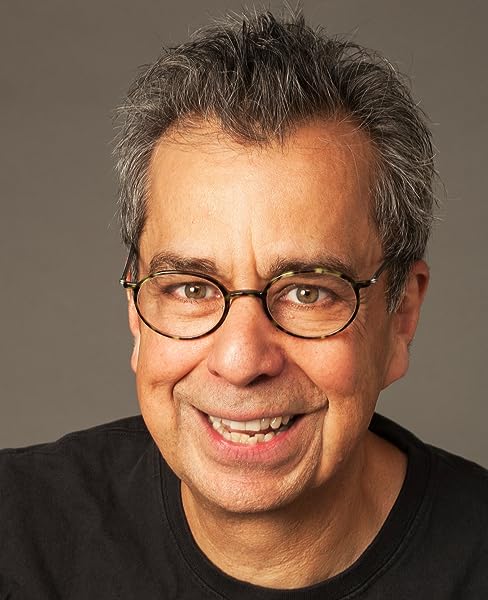 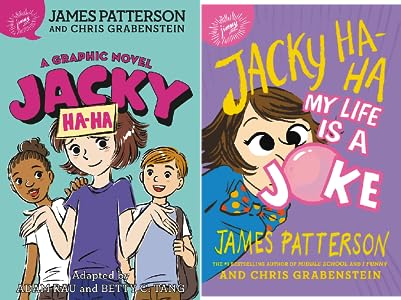 Gr 4-6-The jokes fall flat in this mediocre tale of family, middle school mishaps, and personal acceptance. Jacky recounts her life during the 1990s, when George H.W. Bush was president and Nintendo was popular. Jacky Hart, the fourth of six sisters, uses her quick wit to disguise her speech impediment. Although she makes herself a promise to behave differently in middle school, she unfortunately ends up, once again, being the class clown. This stems from her home life. There, she needs to be a personal cheerleader to her sisters, as their father is mysteriously missing during family dinners and their mother is off serving in Operation Desert Shield. When Jacky finds herself in big trouble for being a jokester, Mrs. O'Mara, a new English teacher, helps her realize that she has talent far beyond collecting detentions. Readers will find Jacky entertaining, but her character is ultimately unoriginal. Cartoon illustrations are interspersed throughout the novel, similar to those in Patterson's I Funny (Little, Brown, 2013) and Rachel Renee Russell's "Dork Diaries" series (S. & S.). While the art is playful and fun to look at, it never feels essential to the text. Readers may find Jacky's grown-up narration confusing, as she recounts her life as a middle schooler. The ending is unrealistic. VERDICT Despite its many shortcomings, this title is sure to have high circulation among fans of Patterson's previous works.-Jessica Bratt, Grand Rapids Public Library, Grand Rapids, MIα(c) Copyright 2011. Library Journals LLC, a wholly owned subsidiary of Media Source, Inc. No redistribution permitted. --This text refers to an alternate kindle_edition edition.

"...Jacky is the best yet. Fun, smart, emotionally engaging, Jacky is a character that young readers will love spending time with."―Kirkus Reviews

"Readers will find Jacky entertaining.... the art is playful and fun. This title is sure to have high circulation among fans of Patterson's previous works."
―School Library Journal

"The story is stuffed with page-turning pranks, and the swoopy b&w cartoons from Kerascoët only add to Jacky's untamed energy.... The novel is sure to amuse and encourage readers who don't have it all figured out just yet."
―Publisher's Weekly

"Smart, funny, and immensely likable, Jacky is a colorful narrator and an increasingly interesting character, and her struggles will strike a chord with many readers.... The many black-and-white cartoon-style drawings increase the book's appeal."―Booklist

"Jacky is a genuinely likable and funny protagonist...Kerascoët's black and white illustrations are full of verve and energy, as cartoonish Jacky careens her way through life."―BCCB --This text refers to an alternate kindle_edition edition.

James Patterson has had more New York Times bestsellers than any other writer, ever, according to Guinness World Records. Since his first novel won the Edgar Award in 1977 James Patterson's books have sold more than 300 million copies. He is the author of the Alex Cross novels, the most popular detective series of the past twenty-five years, including Kiss the Girls and Along Came a Spider. He writes full-time and lives in Florida with his family.
--This text refers to an alternate kindle_edition edition.
Read more

4.7 out of 5 stars
4.7 out of 5
156 customer ratings
How does Amazon calculate star ratings?
Amazon calculates a product’s star ratings based on a machine learned model instead of a raw data average. The model takes into account factors including the age of a rating, whether the ratings are from verified purchasers, and factors that establish reviewer trustworthiness.

Karla T
5.0 out of 5 stars My Son Said it is So Funny
Reviewed in the United States on January 10, 2019
Verified Purchase
I obviously didn't read this book, and they do not ask 10yos to write reviews, so on behalf of my 10 year old, it's great and he is a boy.
Read more
4 people found this helpful
Helpful
Comment Report abuse

Lex
1.0 out of 5 stars Not a graphic novel
Reviewed in the United States on May 26, 2020
Verified Purchase
Disappointed a little misleading I was under the impression they were graphic novels but they are definitely not. The book had 63 chapters and about 360 pages and random pictures throughout the book but it is not a graphic book. My daughter didn’t get into them and didn’t read beyond the first ten pages.
Read more

Cathy Touzet
5.0 out of 5 stars A true page turner
Reviewed in the United States on April 13, 2016
Verified Purchase
Winner, winner, chicken dinner! Mr. Patterson has been a long time favorite of mine, but with joy I can say he has now crossed over as a favorite author in this household to my 10 yr old daughter and 9 yr old son. As an already committed fan, I purchased this book with enthusiasm for my own Jackie. I was sure the title and the relatable home state of NJ would engage her. Well, that was an understatement. We received the book on a Sunday and by Tuesday my daughter was (without persuasion) 27 chapters deep into the book! As a mom that encourages reading constantly to keep up with the rigid new demands of school required book logs, seeing her reading so enthusiastically, made me so PROUD! Happy to say that her eagerness and excitement about the book caught on with her curious younger brother. During our normal bedtime reading routine, he was just as engaged as she read out loud. Neither of the 2 wanted the reading to end.

I must admit Jacky is a very likable character and Mr. Patterson's reading style had me captivated too, especially as Jacky and her best friend Meredith stroll the Seaside Heights boardwalk and describe some of my favorite foods. yummmmm

Funny, relatable, modern, descriptive, heart felt, Jacky Ha-Ha is all of that and then some. Give your young reader the wonderful opportunity to discover what is underneath the surface of Jacky's clownish ways. I truly believe it will be an enjoyable, page turning adventure.

Trish A
5.0 out of 5 stars Funny!
Reviewed in the United States on March 29, 2018
Verified Purchase
Bought as a Christmas gift for my 8 yr old grandson. I didn't realize it was a 'girl's' book, so I read it. Once I told him how funny it was, and some of the situations Jacky found herself in, he decided he would read it too.
Read more
One person found this helpful
Helpful
Comment Report abuse

Pam Clark
5.0 out of 5 stars A hit with 11-12 year-old girls!
Reviewed in the United States on May 28, 2016
Verified Purchase
This is a great book for a 6th grader who enjoys reading and is transitioning to fewer pictures and more words. It's funny with some serious plot, and the heroine is admirable. The print is large enough to encourage young readers, too. We love Patterson's books for tweens!
Read more
7 people found this helpful
Helpful
Comment Report abuse

Patricia Giddings
4.0 out of 5 stars I enjoyed the book very much
Reviewed in the United States on May 30, 2016
Verified Purchase
I enjoyed the book very much. I had purchased the book for my niece who will be 10 next month. However I believe it will be better and more help to her understanding for the material at 12. Good reading materials for parents of pretend and how they see and interpret parents lives.
Read more
4 people found this helpful
Helpful
Comment Report abuse

Marilyn O'Reilly
5.0 out of 5 stars Jacky Ha-Ha
Reviewed in the United States on May 2, 2016
Verified Purchase
This was a very entertaining story. The antics of Jackie and all her problems seemed so real. The problem with her Dad, which was not a real problem, was so real as life. Good read.
Read more
2 people found this helpful
Helpful
Comment Report abuse
See all reviews from the United States

Pixar.Kitten
5.0 out of 5 stars Brilliant.
Reviewed in the United Kingdom on January 11, 2018
Verified Purchase
Ok so I'm somewhat older than the age range aimed at, but the Middle School series make good, light reading for James Patterson fans, old and young alike. Hilarious and well told. My husband and I love them!
Read more
Helpful
Sending feedback...
Thank you for your feedback.
Sorry, we failed to record your vote. Please try again
Report abuse

D from Surrey
5.0 out of 5 stars Amazing book
Reviewed in the United Kingdom on July 19, 2019
Verified Purchase
Will read again. Extremely interesting and keeps you on your toes all the way! Absolutely fantastic! I definitely recommend it!
Read more
Helpful
Sending feedback...
Thank you for your feedback.
Sorry, we failed to record your vote. Please try again
Report abuse

grandma
5.0 out of 5 stars Five Stars
Reviewed in the United Kingdom on April 21, 2016
Verified Purchase
granddaughter loves it
Read more
Helpful
Sending feedback...
Thank you for your feedback.
Sorry, we failed to record your vote. Please try again
Report abuse

Cayley School Book Fairy
5.0 out of 5 stars Five Stars
Reviewed in Canada on November 7, 2016
Verified Purchase
This was recommended to me by a students-- it hasn't been on the shelf since I cataloged it!
Read more
Helpful
Sending feedback...
Thank you for your feedback.
Sorry, we failed to record your vote. Please try again
Report abuse