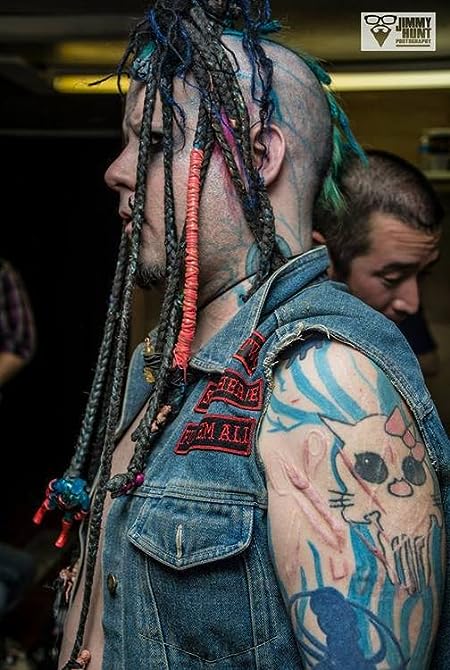 "I WOULD IMAGINE MYSELF OUT OF THIS.....AS I ALWAYS HAD, AND ALWAYS WOULD."

Anything I post here is non-linear. Everything that has happened to me, is happening, or will happen is occurring all at once.

The 10 year living experiment of performing and recording as Jacurutu:3 from 2003-2013 has now ceased/ the results have been recorded. I now move into my own personal "Next-New-Way-On" as I focus all my creative energies on writing in this next ten-year increment.

Jacurutu:23 is a self-described “Scissorman”, one who cuts up and reassembles word, sound, video, art and reality itself to suit his own means.

My friend and mentor. Thee archive of Genesis Breyer P-Orridge

Postscript: How do I look?" I ask only as I cannot see myself; whatever it is that I am and what I am, lain out before the world for adoration or vilification. Anything I create is only art until it's been viewed by someone, and the conception the audience has, the manifestation and form it takes in their mind, is when the creation is complete and whether that conception is "right" or "wrong" based on the my original intent is superfluous because the art has taken on a life of its own and had become tangible reality in that you're affected by it. 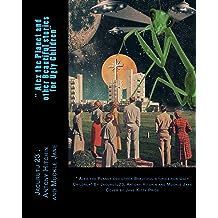 " Alex the Planet and other Beautiful stories for Ugly Children" May 17, 2014
by Jacurutu 23
$0.99
Anthology by Jacurutu:23 containing submissions from Antony Hitchin and Muckle Jane
Read more 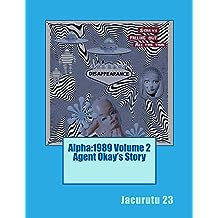 Alpha:1989 Volume 2 Jan 6, 2014
by Jacurutu 23
$0.99
I was one of the last who became aware of the Borr’ian church as it was, before it developed into a celebrity self-help group as its public face. If everyone only knew the insects and everything else that is beneath it all. The brain transfer process is reserved for those who have reached (paid for) the highest possible levels within the Borr’ian order. Operating Insect 98 and beyond. They are embraced by the Hollywood elite, no longer shrouded in the shadows. A world-wide open secret. Of course, no matter how hard they worked, no matter how much money they put into the organization, there was always a higher level.
Read more
Other Formats: Paperback 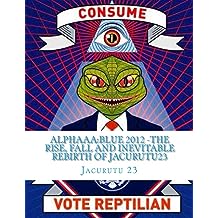 This is pure childhood space-imagination.

Jacurutu Three ...has been dissolved in the Choronzonic supersolvent of the mass media. The 10 years is up. Out of time. It was the alphaaa and the omegggga 2003-2013 and everything in between was ceaseless drums. Alphaaa: 2012.The end of the world had indeed come but we all still had to live. I could stop here or I could imagine myself out of this, as I always had. I had a lot more to say. I always intended for “Alphaaa: 2012” my first story I had written, to be my last story as Jacurutu:3. I had lived life, created art...but always in the back of my head was the "space-rock" album I had always wanted to write, the adaptation of the story within the notebooks I had kept for years and years.

It was the soundtrack to the end of the world and the beginning of the world. An alphaaa and omeggga.

I had told many other stories throughout the years but now I was going back to my first story. The one that I constantly took notes on throughout my childhood in those 3 subject blue notebooks. It kept growing and growing, and I could barely keep up with writing down the ideas I had for it. It was a supernova, and I am recapturing the sound and energy of my first explosion of creativity.
Read more 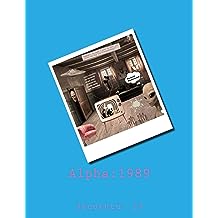 Alpha:1989 Dec 10, 2013
by Jacurutu: 23
$0.99
Profiles of our agents that I have helped you recruit are bi-hemispheric and able to process oblique information, thought-forms coming in from odd angles, while Borr’ians require thought forms that are highly stereotyped and absolutist.

Trust me, these are the most oblique thinkers currently on this planet. If anyone can handle the Borr’ians, it is going to be these 5.
Read more 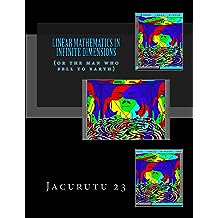 Linear Mathematics In Infinite Dimensions Jun 20, 2013
by Jacurutu 23
$0.99
The completion of "Linear Mathematics in Infinite Dimensions" is a personal alphaaa and omeggga for me as I began writing it at age 6, and completed it after many of life's magical mystery detours and two hits of acid a month ago in may 2013. What would the 6 year old me think of the story we wrote together? I am sure he would like it.

With this book complete (and a few other surprises arriving) I have a plane to catch in a few days back to Roswell, New Mexico for the next-new-way-on where I plan to finish off some other works in progress with a sensory deprivation tank and a mini cassette recorder. With nothing to lose in my life I have found the creativity gates burst open and my head exploding, not to mention the reactions to what I have been writing by friends new and old as well as their own inspiring creations. Lots of amazing things to come from these new connections and networks

...Show me yours and I'll show you mine.
Jacurutu:23
Read more