You've subscribed to The Jade Owl Legacy! We will preorder your items within 24 hours of when they become available. When new books are released, we'll charge your default payment method for the lowest price available during the pre-order period.
Update your device or payment method, cancel individual pre-orders or your subscription at
Your Memberships & Subscriptions
There was an error. We were unable to process your subscription due to an error. Please refresh and try again. 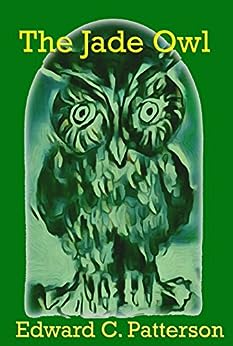 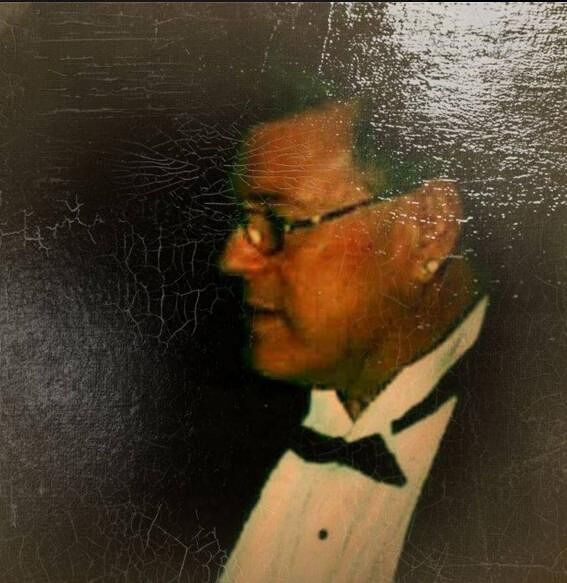 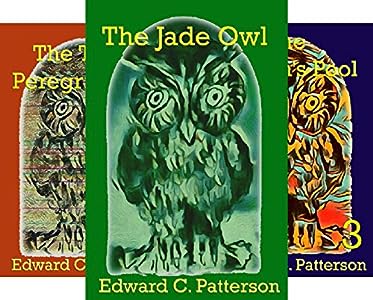 Edward C. Patterson has been writing novels, short fiction, poetry and drama his entire life, always seeking the emotional core of any story he tells. With his eighth novel, The Jade Owl, he combines an imaginative touch with his life long devotion to China and its history. He has earned an MA in Chinese History from Brooklyn College with further postgraduate work at Columbia University. A native of Brooklyn, NY, he has spent four decades as a soldier in the corporate world gaining insight into the human condition. He won the 2000 New Jersey Minority Achievement Award for his work in corporate diversity. Blending world travel experiences with a passion for story telling, his adventures continue as he works to permeate his reader's souls from an indelible wellspring. Published Novels by Edward C. Patterson include No Irish Need Apply, Bobby's Trace, Cutting the Cheese, Surviving an American Gulag, Turning Idolater and The Jade Owl (Jade Owl Legacy Series Book I). Coming soon: The Third Peregrination (Jade Owl Legacy Series Book II), The Dragon's Pool (Jade Owl Legacy Series Book III), Southern Swallow (Nan Ya), Look Away, Silence, Belmundus, The Road to Grafenwoehr, and Green Folly. Look also for The People's Treasure (Jade Owl Legacy Series Book IV) and In the Shadow of Her Hem (Jade Owl Legacy Series Book V). Poetry books available are The Closet Clandestine: a queer steps out and Come, Wewoka - and - Diary of Medicine Flower. --This text refers to the paperback edition.

3.5 out of 5 stars
3.5 out of 5
49 global ratings
How are ratings calculated?
To calculate the overall star rating and percentage breakdown by star, we don’t use a simple average. Instead, our system considers things like how recent a review is and if the reviewer bought the item on Amazon. It also analyzes reviews to verify trustworthiness.
Top reviews

HoMaster
2.0 out of 5 stars Too many birds in the sky
Reviewed in the United States on October 24, 2020
Verified Purchase
I really wanted to like this book and was looking forward to the series. I kept pushing myself, further and further, until I finally called it quits at 44%.

I didn’t dislike the story, it just couldn’t keep my interest. It was very long and drawn out and prolly could be trimmed down by quite a bit. The author’s writing style is unique and I would have to reread passages in order to digest the information. There was an extensive use of comparative references, of which I only understood about half. It almost felt like reading a textbook at times.

Don’t get me wrong, there was plenty I did like which is why I kinda feel bad not finishing. With five hefty installments in the series, it was just too big of a commitment if I’m not really into it. Don’t let me stop you though, others seemed to really enjoy it.
Read more
Helpful
Report abuse

Meg
5.0 out of 5 stars In one word: DELIGHTFUL
Reviewed in the United States on October 18, 2014
Verified Purchase
If PG Wodehouse decided to write a French farce that took place in contemporary San Francisco and contemporary China, it would remind me of this book. The Jade Owl is a lively romp with words and characters that barely miss being caricatures There is absolutely nothing compelling about this book; pick it up for ten minutes and giggle quietly to ones' self, pick it up for an hour and you still won't be overly involved, but you will enjoy it.

The plot is easily summarized. An "old China hand" -- Professor Rowden -- takes a group of characters to contemporary China, attempting to return a rather annoying piece of Jade (the Jade Owl of the title) to it's proper place. That the Jade Owl doesn't really belong to the "hero" -- Nick Battle -- adds some excitement and lots of spice to the story.

This book is not for those who are easily shocked, or anyone who holds academia as sacred. In this book, "surprises flew like pigeon crap from a gargoyle." and a "high fashioned chanteuse" is almost normal, even though the chanteuse is very gay. When I reached the end of The Jade Owl I was very surprised to realize how much I cared about the characters. I was also surprised to discover I had been following the plot from the very first page! (Actually, I was surprised to realize it had a plot...) The Jade Owl challenged my prejudices and enhanced my vocabulary while providing me with many hours of small giggles. I will be inflicting The Jade Owl on several of my stodgy friends this Christmas!
Read more
3 people found this helpful
Helpful
Report abuse

L.C. Evans
5.0 out of 5 stars Richly Textured Adventure
Reviewed in the United States on April 6, 2009
Verified Purchase
Edward C. Patterson's beautiful style of writing brought life to both his characters and his setting. His knowledge of Chinese culture, history, and present day China, showed through in every scene. The characters (go, Simone!) were wonderful and well-drawn and the descriptions put me right in the picture. I feel that after having read The Jade Owl I could travel to China and not be overly surprised by cultural differences because I've already experienced them in this book. The story itself is a thrilling adventure, with touches of the supernatural. Professor Rowden Gray, along with his group of China Hands, has to overcome pursuit by greedy treasure hunters out to stop them from fulfilling their mission. After a series of misadventures, including big trouble from a customs inspector and an overzealous tour guide, the group faces the greatest danger of all when an ancient mission is fulfilled.
Read more
5 people found this helpful
Helpful
Report abuse

Lizzybe
5.0 out of 5 stars It’s a different style of modern fantasy.
Reviewed in the United States on November 30, 2017
Verified Purchase
I enjoyed reading about the hunt for the Jade Owl because I am familiar with most of the locations and the
Chinese culture. I thought it was well thought out and researched. The quirky characters grow on you over the
Course of the story.
Read more
2 people found this helpful
Helpful
Report abuse

ellen george
VINE VOICE
5.0 out of 5 stars A magnificent start of a literary legacy
Reviewed in the United States on March 14, 2009
Verified Purchase
China, present day and past, is still so mysterious and inviting. Sinologist Edward C. Patterson has written a masterful epic in The Jade Owl that will not only have you glued to this 595 page book, but have you before you are half way through the book, ordering book 2 of this series, The Third Peregrination!
Patterson's masterful story deals with an amazing 'work of art' The Jade Owl, commissioned by Empress Wu, and with its charmer/creator, became the stuff legends are made of from the Middle Kingdom on in China's impressive legends. It is not only a magnificent piece of art, but a metaphysical power that can enchant and destroy.
A group of Sinologists from San Francisco become part of The Jade Owl's destiny, including Dr. Rowden Gray, and Nick Battle, son of Grey's former mentor. Nick takes Dr. Gray to Chinatown - the ancient relic The Jade Owl still exists! Battle takes Gray to a club and Gray meets Nick's love, Simone DeLefleurry, or Simon as some may call him. So starts the beginnings of great friendships that encompass continents. The China Hands that were born to find the stuff of legends and must right the laws of ch'i before the Jade Owl and its destructive power literally change life as we know it.
Patterson is a well known sinologist who has taken the legends of China and breathed life into them in a non-stop Indiana Jones meets the Great Wall of China type of adventure. It is an amazing trek into the world of China and its people and history, and a series of love stories.
As a fledgling writer, I am always amazed the brilliance of someone's writing where a complex story is not only told with beauty, but each sentence seems touched by a poetic gleam.
The Jade Owl, like Gary Val Tenuta's The Ezekiel Code, is riveting and unforgettable.
Mr. Patterson is a prolific writer, and those works I have been honored to read so far have been told with grace and power.
May The Jade Owl hoot in your ear and have you ordering your copy.
The book, the Chinese mythology, the friendships are all truly magical. You will be recommending Edward C. Patterson's books to anyone asking if you happen to know any good books to read -
Patterson is a literary force to be reckoned with - much like his metaphysical forces - ethereal as the wind, yet as powerful.
Read more
13 people found this helpful
Helpful
Report abuse
See all reviews

Mrs M E Taylor
3.0 out of 5 stars Enjoyable read
Reviewed in the United Kingdom on November 16, 2017
Verified Purchase
If you are into adventure stories mixed up with fantasy and folklore then this is for you. A band of unlikely characters face danger and magic as they work their way across china to return an old artefact back to its original resting place. A good tongue in cheek read full of interesting amusing characters, well worth a go if you fancy a change from heavier stuff.
Read more
Report abuse

Trace
3.0 out of 5 stars 2.5 Stars
Reviewed in Canada on September 20, 2014
Verified Purchase
Not a bad premise, but in need of a good editor. The story was lost amid to many misapplied metaphors. The author may also want to put away the thesaurus - many of the sentences became disjointed due to poor word choice. As well the overall wordiness, rather than helping the story along, actually bogged the story down.
Read more
Report abuse

Cricket n Cho
4.0 out of 5 stars give it a go
Reviewed in Australia on September 5, 2016
Verified Purchase
It surprised me was way more enjoyable than I thought
Read more
Report abuse

Lady B
5.0 out of 5 stars Excellent read
Reviewed in the United Kingdom on March 15, 2014
Verified Purchase
As a lover of "relic hunter" type stories I really enjoyed this adventure - the characters were charismatic and the action was interesting and moved quickly. The book was most entertaining - I couldn't put it down. I'm really looking forward to reading the others in this series.
Read more
One person found this helpful
Report abuse
See all reviews
Back to top
Get to Know Us
Make Money with Us
Amazon Payment Products
Let Us Help You
EnglishChoose a language for shopping. United StatesChoose a country/region for shopping.
© 1996-2021, Amazon.com, Inc. or its affiliates