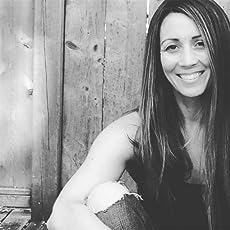 When Jaime Lee Mann was nine years old, she decided that she would be an author when she grew up.

Many years later, Jaime Lee's children would beg her to tell them stories at bedtime. Sometimes her stories were silly and sometimes they were magical.

The girls loved one of her magical stories so much that Jaime Lee decided to write it down. That story would eventually become Elora of Stone, the first novel in the Legend of Rhyme series.

JL (as her family calls her) lives in a pretty house in Prince Edward Island with her husband and two daughters (who are still little girls for now).

She writes every day and plans to do so for as long as people love to read her words. 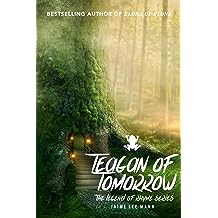 The powerful sorcerer Asgall has been banished from the magic realm of Coraira, but not before throwing twins Asher and Ariana Caine into the future. In a place and time without magic, the two are on their own, unable to use their powers to get back home.

Meanwhile, a new darkness has entered Coraira, threatening all of the world’s magic and all of those who practice it. Only the combined power of Asher, Ariana, and a mysterious girl named Teagan can protect the realms.

Will the twins find Teagan in time?

Could this new darkness strangle all of the world’s light?

What if the twins never get back to the people and place they love? 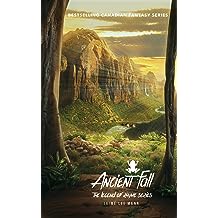 Ancient Fall: Book Seven in the Legend of Rhyme Series Sep 10, 2019
by Jaime Lee Mann
( 1 )
$9.99
Vengeful Mother Earth has finally decided to fight back against the humans who, under the power of a dark curse, have been abusing her for centuries.
Read more
Other Formats: Paperback 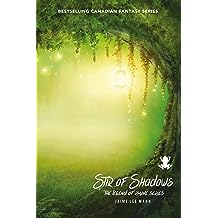 Stir of Shadows: The Legend of Rhyme Series (Volume 1, Book 6) Sep 18, 2018
by Jaime Lee Mann
( 2 )
$7.99
“Full of otherworldly places and characters ranging from goblins and fairies to giants and mermaids, the series is aimed at readers in the 8-12 age range, but quite frankly, readers of all ages will enjoy it as a good imaginative read.”
-Angela Walker, CBC’s Mainstream PEI radio show

Marigold has never felt like she truly belonged with her family. And neither has Frederick. When a phoenix feather brings the young teens together for the first time, they finally understand why: they are twins, separated as children.

The two soon learn they have other siblings, and that if they successfully reunite with their brother and sister before the feather bursts into flame, they will all fulfill otherworldly destinies. What they don’t know is that their mysterious sister is a villainous witch who has been trapped in the cover of a grimoire to keep the world safe from her murderous scorn.

Meanwhile, Teagan finds herself in a hopeless situation and faces losing her tail forever. Time’s running out, and it’s up to Asher and Ariana to save her... if only they knew she was in danger.

Will Asher and Ariana save Teagan in time?
Will Marigold and Frederick risk releasing the witch to make their dreams come true?
And if they do, will the land of Rhyme ever be the same? 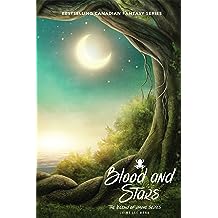 Blood and Stars: The Legend of Rhyme Series (Volume 1, Book 5) Sep 12, 2017
by Jaime Lee Mann
( 7 )
$9.99
The ‘Legend of Rhyme’ depicts a wondrous world populated with fairies and ogres, good witches and bad, and delightful protagonists.”
- Paulette Bourgeois, author of the Franklin the Turtle series, Order of Canada winner

Thirteen-year-old Ariana Caine has woken in Coraira, and is torn between finding her brother Asher and learning how to rule the magic realm while Calla is under a protection spell.

Beneath the sea, Starla the mer-queen is bringing her apprentice, Teagan, to the Chamber of Memories to learn more about her parents. But when Starla is beckoned by one of the Ancients, Teagan is approached by a stranger, who promises to lead her to her mother and father. Meanwhile, the sea witch and her sisters are poised and ready to usurp the queen’s reign, and will stop at nothing to gain her powers.

On top of it all, Elora, the infamous witch who has caused so much heartache, is now asking for trust one last time.

Will Ariana choose Coraira over her brother?
Will the sea witch have her wish?
What are Elora's true intentions?
Read more 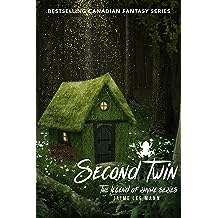 Second Twin: The Legend of Rhyme Series (Volume 1, Book 4) Sep 6, 2016
by Jaime Lee Mann
( 13 )
$7.99
“I read Elora of Stone without putting it down. The ‘Legend of Rhyme’ depicts a wondrous world populated with fairies and ogres, good witches and bad, and delightful protagonists.”

- Paulette Bourgeois, author of the Franklin the Turtle series, Order of Canada winner

Grimblerod has led twins Asher and Ariana Caine back to ancient Rhyme, a time when Calla and Elora were the same age the twins are now. Though the Kingdom of Falmoor is rich with magic, the twins are unable to use their powers. They don’t know whom to trust, where to turn, or how to avoid doing something in the past that may alter the future forever.

Meanwhile, young Teagan Rogers must decide if she is ready to leave behind everything and everyone she knows to follow her mysterious destiny beneath the waves.

Will Teagan choose to become a mermaid?
Will Asher and Ariana get home before changing the course of history forever?
And can enemies truly become friends?
Read more 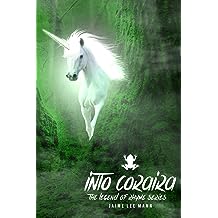 The Kingdom of Falmoor has been freed of its curse. The evil one, banished to the dark realm.

But the Caine twins don’t have much time to discover their powers before they face a new threat. This time, it’s not just Rhyme that’s at risk, but also the magical realm of Coraira, as the evil sorcerer Asgall plans to takeover all the world’s magic. And he wants the twins’ powers to help him do it.

Can the twins defeat Asgall before he destroys everything and everyone they love? 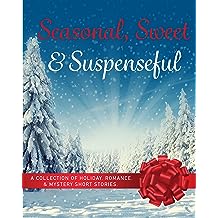 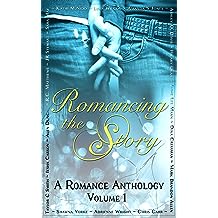 Romancing The Story: A Romance Anthology Volume 1 Dec 23, 2014
by Jaime Lee Mann , Ashley Q. Davis , Kathi M. Nidd , Lura Wilcox , R.C. Matthews , Sara May , Hilary Dean , Shawna Yorke , JR Stewart , Iesha Carson
( 1 )
$2.99
Welcome to Romancing the Story, a collection of short stories from writers across North America. These shorts each offer a distinct experience in relation to love and romance. Each character is rooted in a different past, and must negotiate a unique present and contemplate a specific future. With the words of each writer, readers experience the passion that ignites us, the pain that limits us, and the hope that drive us forward. It is these distinct voices that weave this anthology into a unique tapestry of loss, sadness, optimism, and, ultimately, love.
Read more 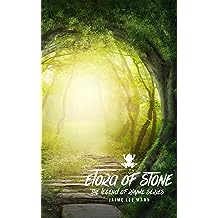 Elora of Stone: The Legend of Rhyme Series (Volume 1, Book 1) Dec 1, 2014
by Jaime Lee Mann
( 25 )
$5.99
"I read Elora of Stone without putting it down. The 'Legend of Rhyme' depicts a wondrous world populated with fairies and ogres, good witches and bad, and delightful protagonists." - Paulette Bourgeois, author of the Franklin the Turtle series, Order of Canada winner


Four-year-old Asher Caine vanishes while playing near the woods one day with his twin sister Ariana. Eventually, his family believes him to be dead. In the Kingdom of Falmoor, twins are cursed. Ever since the evil sorcerer Larque turned the good witch Elora to stone, all twins in the Kingdom are doomed to be separated, either through death or mysterious disappearances.

Now about to turn thirteen, Ariana learns that her brother is alive, and she must find him in order to save Falmoor. With their magic blood and powerful bond, the Caine twins must release Elora from her stone imprisonment. Only then will Larque be stopped from spreading darkness throughout the kingdom.

Will the twins find each other in time? Can they save Falmoor from evil and remove the curse of the twins forever?