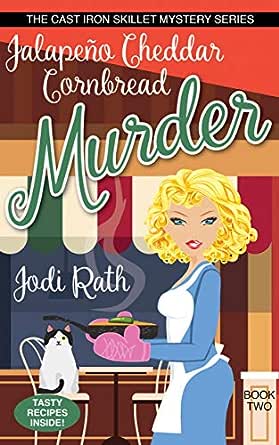 You've subscribed to The Cast Iron Skillet Mystery Series! We will preorder your items within 24 hours of when they become available. When new books are released, we'll charge your default payment method for the lowest price available during the pre-order period.
Update your device or payment method, cancel individual pre-orders or your subscription at
Your Memberships & Subscriptions
There was an error. We were unable to process your subscription due to an error. Please refresh and try again. 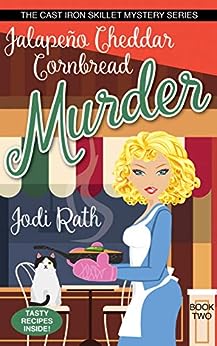 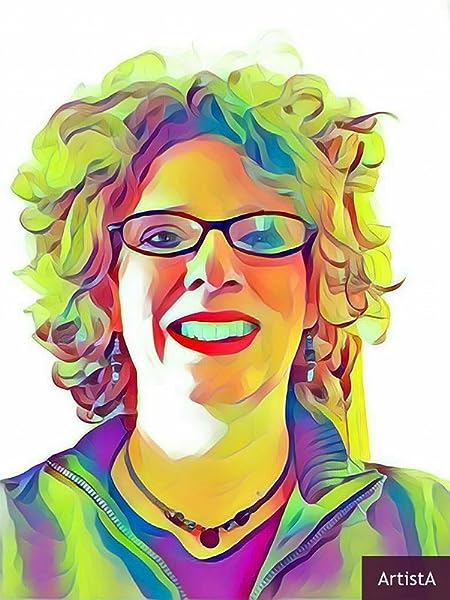 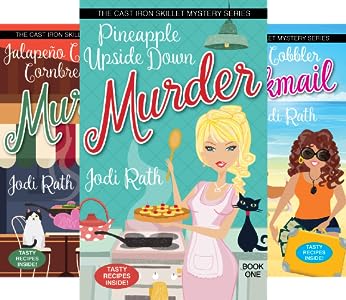 Moving into her second decade working in education, Jodi Rath has decided to begin a life of crime in her The Cast Iron Skillet Mystery Series. Her passion for both mysteries and education led her to combine the two to create her business MYS ED, where she splits her time between working as an adjunct for Ohio teachers and creating mischief in her fictional writing. She currently resides in a small, cozy village in Ohio with her husband and her eight cats. --This text refers to the paperback edition.

"I found the characters to be likable, realistic, and multi-layered. The plot was entertaining and full of twists and turns. The author included cast iron recipes that are truly mouth watering. I highly recommend this book and series!" ` Michele Wicker

4.8 out of 5 stars
4.8 out of 5
12 customer ratings
How does Amazon calculate star ratings?
Amazon calculates a product’s star ratings based on a machine learned model instead of a raw data average. The model takes into account factors including the age of a rating, whether the ratings are from verified purchasers, and factors that establish reviewer trustworthiness.

Lauren Dottin-Radel
5.0 out of 5 stars Better than the first
Reviewed in the United States on June 30, 2019
Verified Purchase
Jolie & Ava are solving crimes and kicking butt but not in the literal sense. Someone in the small town in Leavensport, Ohio was murdered and now Jolie is getting strange phone calls and letters. Not to mention things seem to be heating up between Jolie and Mick Meiser.

I loved how this book had 2 mysteries in one and also the fact that we are learning more about the Urban Sprawl.

What I also like about this book is that there's a nap in the book so you get a feel for the town and if you need a reference for anything, you can always refer to it. I can't wait to read the next book in the series.

Melissa McKim
5.0 out of 5 stars It very goood!
Reviewed in the United States on June 25, 2019
Verified Purchase
This my 2nd book by this author. I am glad I picked up the frist book cause this one was even better so hope they're will be more from the series. I can see more from the characters in a new book. very good plots loved the cover. the book held me captive and finished in one sitting.
Read more
Helpful
Comment Report abuse

Kim
5.0 out of 5 stars Enjoyed
Reviewed in the United States on May 12, 2020
Verified Purchase
Book “2” I enjoyed reading this book! I hope that this series will continue I love all the characters once you start this series you’ll love it too!
Read more
Helpful
Comment Report abuse

Rosemary B. Walton
5.0 out of 5 stars Great read
Reviewed in the United States on June 27, 2019
Verified Purchase
This book is very well thought out and easy to follow. I didn't wAnt to put the book down. Can't wAit for 2.5.
Read more
Helpful
Comment Report abuse

j.r.
VINE VOICE
3.0 out of 5 stars Better than the first book in the series in most ways
Reviewed in the United States on October 5, 2019
3.5 stars (rating may differ depending on if the site allows half star ratings) This book and the first one in the series were on a Friends of the Library booksale cart. I suspect they might have purchased copies for the summer reading program and had a few left over. I liked the first book a bit better than this book.

They did include 3 recipes at the end this time (the first book had only 1). The map of the town is still difficult to read.

WARNING: SPOILERS MAY LIE AHEAD. READ AT YOUR OWN DISCRETION:
****

A new, expensive Italian restaurant has opened on the other side of town. Jolie hopes to include them in the business cross-promotions the town is doing. Yet when she first approaches them, they aren't interested.

There's an altercation between Lou and Mr. & Mrs. Seever outside Jolie's restaurant. Later, Lou is found dead. Many villagers blame him for losing their investment savings. Mrs. Seever goes to work as a hostess for the new Italian restaurant but later turns up at Jolie's restaurant to fill out an application (that is left hanging and we never find out what happens about that).

Delilah (and her family) are being pressured to sell the storefronts they own in the "art district" part of town. Instead of asking friends for advice or assistance, Delilah tries to hide it and ends up taking it out on others who care about her.

Mick Meiser finally cashes in on the date with Jolie he bid on at auction in book 1. Keith keeps trying to talk to Jolie about something important but that keeps getting ignored until late in the book--if it's that important, I think he'd try harder to get her to talk with him.

I find myself understanding Jolie's feelings of wanting to be alone at times--her family is a bit overwhelming.

I didn't guess who the murderer was or why until it was revealed. I did suspect someone else but hoped it wasn't that person because I didn't want such a young person to be so twisted. I also didn't guess the identity of the true owner of the Italian restaurant.

It's disturbing that Nestle is seeming to get away with his scheme, though that plot line may not be over yet, so maybe a future book will show a resolution.

My concern is that this is supposed to be a small town, near to a large city, in Ohio--and at some point, it starts to feel like "Murder She Wrote"'s Cabot Cove--as in, how many people can be killed in a small town that rarely has had a murder, before things get a bit too unbelievable--or the police force has to be increased, or something else that changes the character of the town from what it was at the beginning and what drew you to it in the first place.
Read more
Helpful
Comment Report abuse

Baroness Book Trove
5.0 out of 5 stars Okay now, why would anyone hurt the editor?
Reviewed in the United States on July 3, 2019
Jalapeno Cheddar Cornbread Murder by Jodi Rath is a great story that is a continuation of the last two books. When we enter this installment, it’s summertime and Jolie dealing with another murder and everything else.

Jolie Tucker
Jolie is our sleuth and the co-owner of The Cast Iron Creations. She is trying to get past her issues while dealing with a new murder in town. Jolie is trying to do better her despite what everyone thinks. She has a lot of problems, and it isn’t helping with all the murders in town.

I like that Jolie is trying to help solve the murders, but despite what has happened to her. She is lucky that she has her friends and family there. Jolie has done an excellent job figuring out the mystery. I love how she does her murder board as hers is a lot different than what we see from other sleuths murder boards.

Things to look for (and that I liked)
• I still love the coziness of living in a small town.
• Everyone is still concerned about Jolie and the terrible trouble she gets into.
• The new relationship between Jolie and Mick is endearing.
• Jolie realizes she still has issues to work through.

5 Stars for Jalapeno Cheddar Cornbread Murder by Jodi Roth
My rating for Jalapeno Cheddar Cornbread Murder by Jodi Rath is five stars. I still like everything about what Ms. Rath’s have done with this book. This book is excellent. I couldn’t figure out who did it, but I can't wait for the next book to come out. Don’t forget to take a look at the recipes in the back of the book.

I highly recommend this book to all Cozy readers.

Thank you for dropping by! I hope you enjoyed this review of Jalapeno Cheddar Cornbread Murder by Jodi Rath.

I voluntarily reviewed an Advance Reader Copy from the Great Escapes Book Tours. This does not affect my opinion of the book or the content of my review.

Anyways, until next time,
Karen the Baroness
Happy Reading

If you would like to see other reviews like this one, check out BaronessBookTrove.com.
Read more
Helpful
Comment Report abuse
See all reviews from the United States