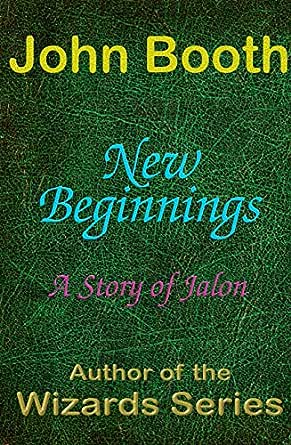 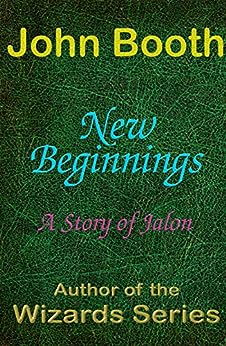 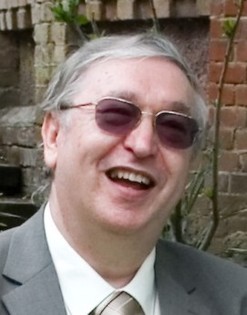 The following books by John Booth are available on Amazon Kindle:

The Wizards Series:
The adventures of Jake Morrissey and his dragon Fluffy. Jake is an idiot, Fluffy not so much.
Wizards - Jake lives in modern Wales and works in the local wood yard. But hecan travel between worlds and that gets him into a lot of trouble.
Jake's War - Jake is in more trouble than he can imagine and the nice rest he's been having in prison is about to come to an end. Starting exactly whereWizards left off, Jake is about to find out that a little girl scornedcan be a dangerous thing.
Jake's Justice - Most of the multiverse is out to kill Jake, and that's the least of his problems.
Jake's Women - Jake is no safer at the Conference than hewas before it, and both his wives are about to give birth. More mirthand mayhem from the one man disaster that is Jake.
Jake's Quest - Jake is determined to catch the Bomber. To search for him he has tobecome a student, if he survives the entrance exams. Naturally, thereare women involved.
Jake's Break - Bronwyn sees trouble ahead for her world and decides to use Jake to solve it. Theconsequences bring the trouble and death to the Earth.

Magic Limited Series
The Heist - Magic Limited (Book One) - Like Wizards, but set in London with an extraordinary set of characters. Magic and adult humor.

Tom & Laura Series:
Laura is the most powerful Spellbinder in the Victorian world and everybody wants her or wants her dead.
The Spellbinder - Set in an alternate history in which magic and technology havecombined to produce a Steampunk Victorian world. It is 1860 and LauraYoung is about to discover she is a Class A Spellbinder. That makes herone of the most valuable people on the planet, and also a target forevery foreign assassin.
Scotland Hard - Tom & Laura are kidnapped and sold to the highest bidder. Despite being bought bydifferent bidders, the two teens find themselves taken to Scotland towork on a mysterious device that uses the fires of hell. Can Cam andDaisy rescue them or are they on their own?
Revenge of the Brotherhood - Separated by continents and with a plot to kill the Royal Family, can Tom & Laura save the day?

The Magic Series
In a London suburb there is a 1920's house with the source of magicinside. It has enemies and protectors, but the battle is eternal.
House of Silver Magic - A haunted house with a difference. Six spirits guard the mysteriousSource, they aren't the slightest bit human and have no time for them.Enemies are gathering at the door and three children hold the key to the Source's survival. If you like Wizards you'll love this one.
Sapphire Magic: Breaking Glass - Glass has always wanted to be human. To leave the house and minglewith people, to experience the world. But there is a reason people sayyou should beware of what you wish for.
Gold Magic: Terror in Mind - When Paul is rushed to hospital with a mystery illness, a chain of events begins to unfold that could destroy London.
The Magic Series Collection - All three Magic novels under one cover for a reduced price.

The Jalon Series
Sword & Sorcery set in an alternate world. Jalia roams the world with trouble always a step behind or in front.
Jalia on the Road - The World of Jalon was once great. Now only a few cities remain andtrade between them has become increasingly difficult. Jalia is forced to leave her home and travel the trade roads after being betrayed by atreacherous king. She encounters a young man called Daniel on the roadand though she doesn't know it, Jalon will never be the same again.
Gally Delbar, Healer - It's not easy living in Jalon if you are an attractive young woman.But those who take on Gally soon find she has hidden claws. Healing andSorcery with more than a little sword thrown in.
Jalia in the North - A City of Glass leads to a road to a gold strike. Only the slavers stand in the way.
Jalia and the Slavers - The Mine Owners of Telmar need slaves for their mines and Jalia hates Slavers.
Jalia at Bay - Stripped of their magic weapons, Jalia and Daniel set off in hot pursuit of those who stole them.
Jalia Prevails - Travelling on a riverboat, our heroes get caught up in the politics of Slarn.

The Lost - A coming of age story set in a holiday village. A sex goddess and zombies make growing up even more complicated

The Inspector Monde Mysteries - Short stories about the ghosts, vampires and werewolves that stalk the streets of Paris

Carlotta and the Krius Scepter - A book very much in the Wizards style. Carlotta is on a mission to save a kidnap victim, but this will soon change to saving the world.

Shaddowdon - Winner of a Gold Star on Authonomy, this book follows Timothy LangdonShaddowdon as he tries to resolve the mystery of his mother'sdisappearance and save a ghost from non-existence.

London Gothic - Peter Craig is running from who he was and ends up coming face to facewith his past. A story of Vampires, Warlocks, Dragons and Spies set inmodern London. Adult themes throughout.