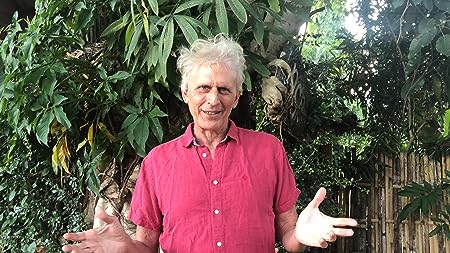 American by birth, Australian by fate, Jaman would probably prefer to consider himself, a world citizen- acting locally wherever his feet are touching mother earth and always thinking globally.

Jaman has been involved as an active campaigner with many green issues such as old growth forest protection and reforestation as well as social issues as the rights of indigenous people and the under privileged.

He has been working spreading knowledge and initiating actions within the field of organics, permaculture and earth repair. He gives workshops, talks, establishes sustainable farms and finds time to enjoy the little things in life such as good food, nice company and a mesmerising sunset.

Jaman has been spent significant time with two Australian aboriginal elders and credits them with much of the insight he has gained of our relationship to the earth and one another.

He also found time to study Indian classical music with one of India’s great Musicians, Pandit Shiv Kumar Sharma, though as of late, it had to take a back burner, since his life is to busy with other things.

Jaman spends much of his time between Living in Australia and India and in recent years spends much time in central Europe especially Slovakia.

Although he wrote previously on the field of sustainability and permaculture, I Crow River is his first novel.

I Crow River is more then a novel, it is a movement to awaken and change the paradigm we live in.

There are 2 more novels in the pipeline at the moment as well as much work around the world with http://greengaiaproject.org/

Recently I Crow River has been awarded an endorsement and a foreword by H.H the Dali Lama. 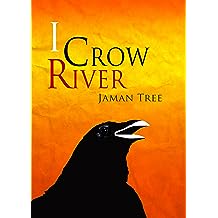 I Crow River Nov 25, 2012
by Jaman Tree
( 3 )
$4.99
Into the night flies an elder crow, his heart fired up with a plea, a message and a warning. What takes place next is an epic journey of the soul as humanity and nature face one another in the form of man and crow.
Set against the backdrop of a bursting dam and a calamity that is about to sweep a large number of homo-sapiens off the face of the earth, the clock is ticking as the river is about to wash all that stands in her way.
While Nobi the crow engages the man in a compelling dialogue another songline unfolds - a tale of two desperate voyageurs in search for meaning.
The man narrating the story and his eternal love Nulla set on a journey that sees them peeling layer upon layer off the illusion of separation to awaken to a reality where all is one.
Their journey takes them through different lands to encounter ways of being where people still live in tune with the natural cycles of nature rather then the hurry so ever present in the world of ‘capital’.
Page by page we witness the unfolding of an extraordinary saga - from fear to love, from me to we, from a self-centred world to a universe, which includes all living beings.
What’s a book? Is it a narrative, a story? A tale? Possibly it’s just an excuse to share a dream, a vision and a tool to fire up a revolution in the hidden passages of our mind. Perhaps this one is a prayer that we do evolve into a species that actually cares about each other more then we desire to accumulate ‘things’.
In truth this is not a story I dreamt up. It’s a tale that came from a river and a bird and I was just used as the hand that writes the story.
This book is about universal connectivity, which is the spirit that sustains life and the human imbalance, which is presently destroying it.
On the personal level it explores our birth into innocence, our death into the ways of the world and our rebirth into the world of magic and awe.
Prepare for a spark of change to be ignited in your heart.
Read more
Other Formats: Paperback