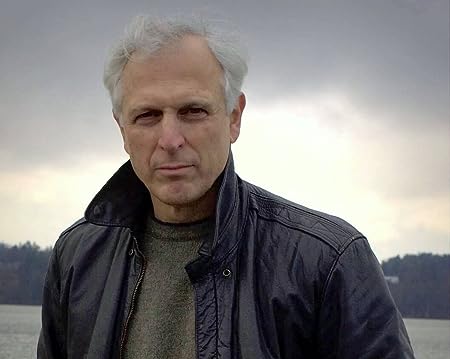 James Bruno is the author of four bestselling books. He has been featured on CNN, NPR, BBC, Fox News, SiriusXM Radio, in POLITICO, Washington Monthly, The Washington Post, Christian Science Monitor, Huffington Post, and other national and international media. His thrillers PERMANENT INTERESTS and CHASM have been Amazon Kindle Bestsellers, attaining #1 in Political Fiction and #1 in Spy Stories. His spy thriller HAVANA QUEEN was denounced by the Castro propaganda machine. THE FOREIGN CIRCUS, a book of satirical essays on U.S. foreign policy, was an Amazon bestseller in Political Humor and Diplomacy. Mr. Bruno is a contributor to Washington Monthly and POLITICO Magazine and has been an instructor at International Thriller Writers' "ThrillerFest." He recently appeared on CNN's "The Hunt" with John Walsh in connection with an FBI Ten Most Wanted murder case.

Mr. Bruno served as a diplomat with the U.S. Department of State for twenty-three years. He served previously in military intelligence. His assignments have included Cuba, Guantanamo Naval Base (as liaison with the Cuban military), Pakistan/Afghanistan, Vietnam, Cambodia and Washington, DC. He has spent ample time at the White House and has served in a Secret Service presidential protection detail overseas. He also knows the Pentagon, CIA and other foreign affairs agencies well.

Based on his experiences, James Bruno's novels possess an authenticity rarely matched in the political thriller genre. His political commentary in POLITICO ("Washington and the World"), Fox News, Washington Monthly, SiriusXM Radio and foreign media has won national and international attention. If you like taut, suspense-filled thrillers written by someone who has actually been at the center of the action, read James Bruno's books. You will not be disappointed!

~ Read and sign up for his informative newsletter, "Dispatches From Exile" at https://jameslbruno.substack.com/

What others are saying about James's books:

"Your reading will move along...at a breathless pace. A frightening description of a possible future and hence a warning." ~ BookPleasures.

"Bruno's timely novel will have you checking the news to see how much of his scenario is taking place right now."

"This book takes you spiritually out of your environment and places you in a spot so foreign and distinctive that you are compelled to enjoy yourself; the mark of a great writer."

"This is a great read - James Bruno's best to date, drawing on his long career as a diplomat and intelligence analyst that almost rivals Indiana Jones." ~ Robert Carolla. 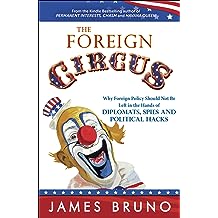 The Foreign Circus: Why Foreign Policy Should Not Be Left in the Hands of Diplomats, Spies and Political Hacks Mar 13, 2014
by James Bruno
( 7 )
$4.99
An ambassador orders his staff into the lawless interior of a civil war-torn country as guerrillas are targeting foreigners for assassination. Hundreds of millions of dollars of U.S.-bought weaponry are channeled to Afghan religious fanatics, the future Taliban. White House players leak classified information to the media, then blame the leaks on career civil servants. Diplomats succumb to the temptations of exotic overseas sexual playgrounds. Political hacks and campaign money bundlers are rewarded with ambassadorships in a diplomatic spoils system that hearkens back to the Robber Baron age. Computer nerds Edward Snowden and Bradley Manning steal a veritable Croesus of sensitive national security information and give it away free to our adversaries.

What's wrong with this picture? Everything. Our foreign policy is in the hands of the clueless, the self-serving and the politically corrupt. Read this book first. Then fill out papers to emigrate. The author provides a first-hand view from inside the belly of the beast of the U.S. foreign policy establishment. His insights are so spot-on that government censors have blocked out whole sections of text. The Foreign Circus will have you alternatively laughing and shaking your head. And when you read tomorrow's headlines, you'll have a better appreciation why Washington screws up. 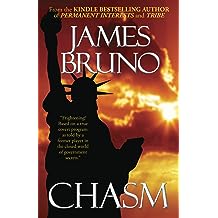 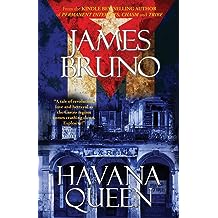 Cuba roils with political unrest as Fidel and Raul Castro sink deeper into dementia and failing health. In a desperate ploy to save the communist regime, sultry Cuban spymaster Larisa Montilla takes on the CIA in a tit-for-tat shadow war of assassination. As the bodies pile up, FBI Agent Nick Castillo defies orders and travels clandestinely to Havana. Nick gets more than he bargained for, falling into a trap set by Montilla, Fidel’s heir to power. But Montilla’s leverage over Nick is matched by his discovery of a deep secret in her past, leading to a war of wits.

Nick returns to ferret out a web of spies deep inside the U.S. government which Havana has patiently built up over the years -- traitors who are hemorrhaging official secrets. But he must navigate a wilderness of mirrors that leads him to an assassination plot against the Castros’ No. 1 enemy – the President of the United States.

Steeped in the world of government secrets, with service in Cuba and Gitmo, the author makes you feel like you’ve been cleared into a Top Secret program, confident that you have the inside information.
Read more
Other Formats: Paperback 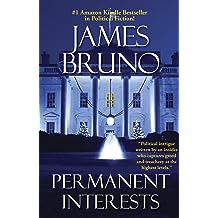 Permanent Interests Aug 24, 2012
by James Bruno
( 23 )
$4.99
"Readers of Silva, Forsyth and Ludlum will enjoy this taut political thriller in which corrupt White House officials sell out to the American and Russian mobs to re-elect a weak President Corgan at all costs. American ambassadors and Russian spies who get in the way are killed. Diplomat Bob Innes falls into this conspiracy of political intrigue and murder and becomes the target of hired assassins and Russian mafia hitmen. He and Lydia, a beautiful Russian escort to powerful men, work with the FBI to bring down the President's men and the Russian mob's Godfather. Al Malandrino, a colorful New York mob boss, becomes their unexpected ally. PERMANENT INTERESTS authentically captures political intrigue, greed and treachery in the highest levels of government. And it all comes crashing down in face of relentless pursuit of the truth by the system's would-be victims."
Read more
Other Formats: Paperback 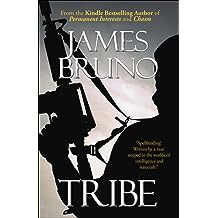 Tribe Jul 16, 2011
by James Bruno
( 19 )
$4.99
Afghanistan: Battlefield of Power - Graveyard of Reputations CIA ops officer Harry Brennan put months of careful planning into Operation TALISMAN, aimed at giving a knockout blow to al-Qaeda in Afghanistan. Then CIA headquarters shuts it down with no explanation. As he investigates why, Harry, a rebel at heart, runs afoul of the CIA's leadership and the White House as he gets in the way of a huge oil deal, one that promises to ensure a President's re-election, troop withdrawal from Afghanistan and vast wealth to the oilmen who are behind the plot. Harry's life is in danger. Worse, so is that of his daughter, Laurie, who is kidnapped by Islamist terrorists in Yemen. Harry Brennan sets out to expose a conspiracy and in doing so, save his daughter's life. In Yemen to rescue Laurie, Harry becomes the target of Predator drone missiles--aimed by his CIA boss... Written by a former insider and censored by the U.S. government, TRIBE resonates with authenticity rarely seen in the political thriller genre.
Read more
Other Formats: Paperback